New Year’s Resolutions Are Happily Made, And Just As Happily Forgotten 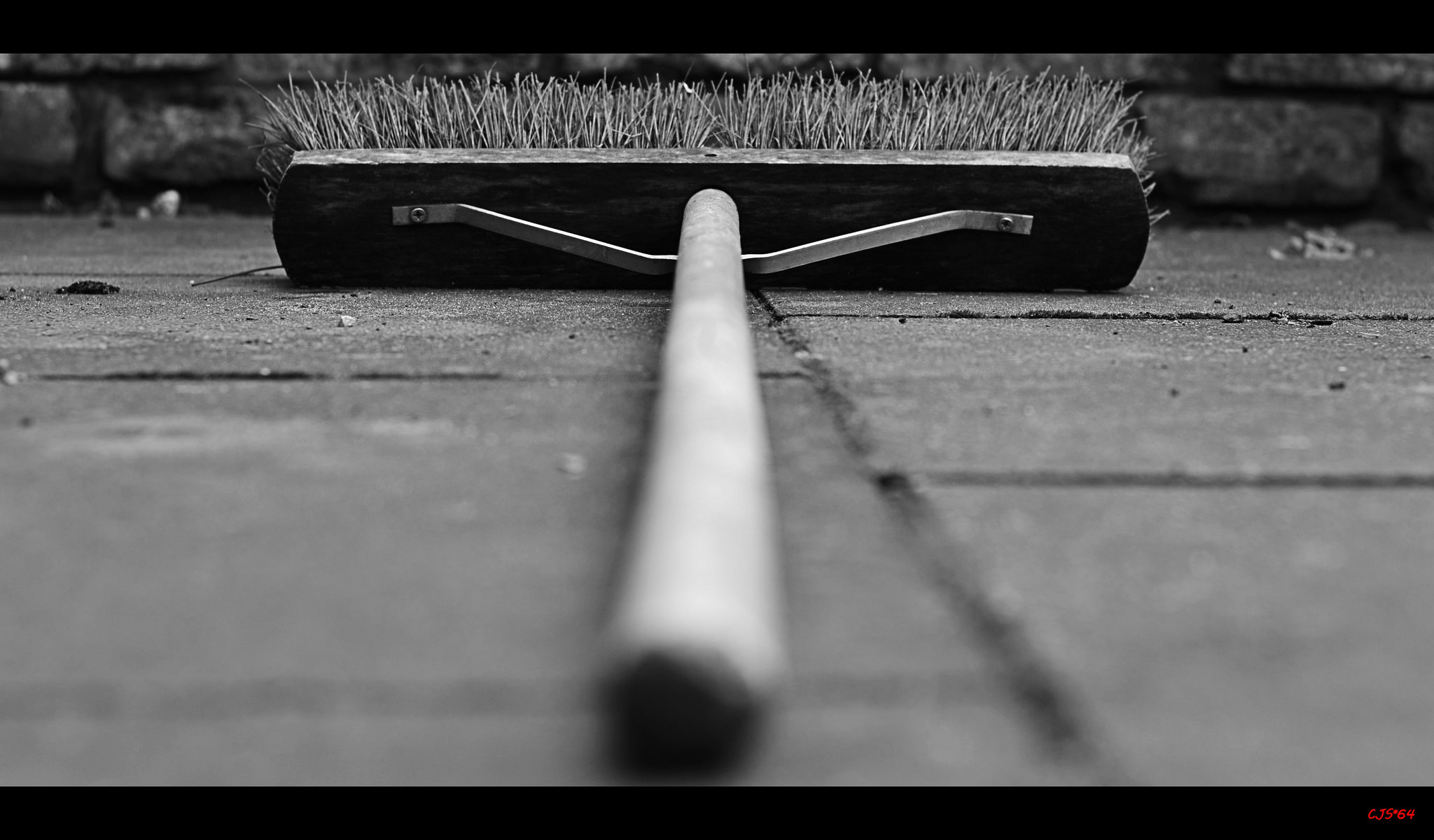 The new year appears to have approached, been and gone without too many problems, as if anything would pause it or set it back a few days so that the organisers, whoever they may be, could get it right on the night! It was heralded in Germany by the normal display of fireworks lighting up the sky; although this year the displays were far shorter than one year ago, and shorter still than in earlier years. The celebrations are there, but people are holding back, keeping their own costs down as much as possible despite the fact that, we are told, Germany is booming and everything is fine with the world. We all know that it is not, let these little white lies flow over us, and make the best of what we have generally without complaint. I sat at my office window, looking out across the town, cat fidgeting on my lap or, to be more accurate, puncturing my trousers and my legs with its claws as the night-time sky was lit up, as the cracks and bangs of celebration filled the air. And then we had our celebratory glass of wine and bowl of milk, and it was all over. I sometimes wonder what all the fuss is about.

Although I am told many people use the new year, the change from one to the next, the appearance of our two-faced Janus, the grandfather of time and the baby of youth, for change. I am told, by an online friend, that she turns over a new page in her life every single year at this time, and I asked her why now? Why wait until the end of the year to make a change: why not make it during the year, when it needs to be made, when it would possibly be better and more useful? Does this celebration of the change of dates, as it is really no more than that, mean so much that a person’s life can be completely altered in the space of a second? We all know, after all, that New Year’s Resolutions are happily made, and just as happily forgotten.

The last time I really turned over a new leaf, so to speak, was in the middle of January last year. No specific date, no specific reason. I suddenly realised that I was spending time at home doing nothing of use. I was slipping into the grip of depression and moving from one operation to the next as if these were my entire reason for living. What when the operations were over, and I was released back into the world with hardly any contact to those doctors and nurses who had seen me through these few months? Would it have been wise, then, to wait until an illusory good time for a resolution?

The move from a period of health-induced depression in the middle of January, to an interesting and fulfilling series of hobbies and other interests made a major difference. Looking back now, and that is the only thing that I really connect the change of years with, I see over two hundred letters which have been written and sent out – for just over one hundred replies – and countless books read, museums visited, art galleries looked into and around. A fulfilling year, of which this correspondence is a part, which need not change because there is a new date on the calendar, but which can be enhanced and enjoyed at any time of the coming year, regardless of date, season, time of night or day. And this young woman I was speaking to acknowledged that she only turned over a new leaf, in public, online so that everyone could see it, but it had no real significance for her. She could just as easily begin her life anew, personal or business, in the middle of the year as she could between December and January.

We have so many strange customs which, when you stop to think about it, really are strange. And I don’t mean just the change of year, begin anew type of thing. Most of them, admittedly, would be called superstitions, but we accept them without a second thought. I know, for example, of an older woman who would always cut the protruding bone off from a leg of lamb before putting it in the oven. She was asked why she did this, and replied that it was because her mother had always done it, and she had learned how to cook from her mother. Irritated herself, now, as to the reason for this action, she asked her mother why she had done it, what difference it made to the cooking, to the flavour or whatever. And her mother replied that she had it from her mother, having learned how to cook at home and always watched when the chance arose. It turns out, I am told, that her mother, the grandmother of the original I mention, always cut off the protruding bone from her leg of lamb so that it would fit in the small pan she had for her oven.

One of the customs I enjoy in Germany is watching how people celebrate a person – male or female, it makes no difference – who has not married by a certain age. Of course, no one is expected to marry these days, it is a custom from many years ago when it was expected, if not demanded, and when families would often arrange a marriage for their sons and daughters, the oldest first, to clear the house. You might well remember that Shakespeare’s The Taming of the Shrew follows this story: the youngest daughter is in love and wishes to marry, but cannot because her older sister scares off all her suitors and is still single. The arranged and demanded marriages may well have been swept out of the way, allowing people to marry for love – however fleeting – instead of family interests, but the tradition of celebrating remains. That is, it was not a celebration back then: the unmarried young man or woman was taken out to the town square and forced, in front of an audience, to sweep the steps of the town hall until a virgin came and kissed them free. Such a spectacle could go on for hours, and these days it is a real celebration for friends, with a few beers being opened and a range of different things which have to be swept up, from confetti through to bottle tops.

Those who are married have a different celebration: their house or apartment is adorned, from the outside, with old cigarette packets, with socks, with children’s clothing, with wood-shavings or china (cups and saucers etc. etc.) to commemorate the number of years they have been together. Now and then you’ll drive through a small town and see a massive wood-shavings heart set up, or perhaps roses, with the number of years in the centre: ten or twenty-five. Baby clothes, of course, for the birth of a child. It’s hard to tell whether this is to bring luck or ward off evil – like the throwing of salt across your left shoulder when you spill some – but it is certainly fun for the community, as much as it is for a tighter circle of friends. This is probably much better than just having a birthday party, and a very good reminder of an anniversary which, as we all know, some men are likely to forget, and the forgetting of which some women will never forgive.

One tradition that I really hated as a young man, which has fortunately been stopped now, was that of cooking. You may recall that I went to a boarding school, and was shut off from the real world from the age of eleven, with brief breaks for holidays when I could basically do whatever I wanted. And it was at the time – the end of the Sixties, start of the Seventies – where male and female subjects were still segregated in schools. Male? Woodwork and metalwork. Female? Cooking and Domestic Science or Housekeeping. It was infuriating in many ways because I was never a can of beans type person: I couldn’t just open up a warmed-up meal and be happy with it, I wanted to be able to mix the ingredients and do something myself. Perhaps that’s one of the reasons why I’m not much of a ‘women belong in the kitchen’ type person. I also don’t like telling people to do things I wouldn’t be prepared to do myself. I desperately wanted to break this tradition and not be faced with the choice and, fortunately enough, I did and I was enrolled in the Domestic Science class, complete with my own oven, apron and cookery books, as well as being able to do woodworking and metalwork. Now I have just as much pleasure fixing a wobbling stool as I do preparing a fish supper for ten guests!

So, some traditions are good, and others really need to be thought through and, often, broken and cast aside. And some traditions are well-worth keeping, such as the sweeping of the town hall steps in Germany for those who are unmarried, not to get them to marry and produce as many children as possible, not because of the ways of the past, but because they are community things which bring people together. Perhaps this is why I am also a fan of tradition al libraries, rather than eBooks and downloading all the classics and a few more besides: they are community things where people come together. I just wish that those with the purse strings saw it the same way. A politician recently used Twitter from his London office to claim that no one, at least, not adults, uses libraries any more. After abusing the first few people who contradicted him he finally had to ask people to stop replying: something like one hundred thousand comments telling him he was wrong. And his first reaction was to be abusive, sadly enough. But, politicians.

I suppose that this politician thought, as he was using an online social media account, he could just react as he wished and abuse people without any reaction from them. The traditional idea of what one can do from afar? Or perhaps the idea that being loud and rude on the internet is not the same as doing it in person? It is amazing what the simplest of actions can create, and some people do not yet appreciate the power which is at their fingertips, nor the dangers, as they play traditional games with modern, far-reaching means. I am trying to think of some of the things which were traditional – aside from certain holidays – when I was a child, and many, from my London years, gradually come to mind. Do you have any traditions, or can you think of any common to Virginia or the United States in particular?