Not Every Book Is A Lord Of The Rings 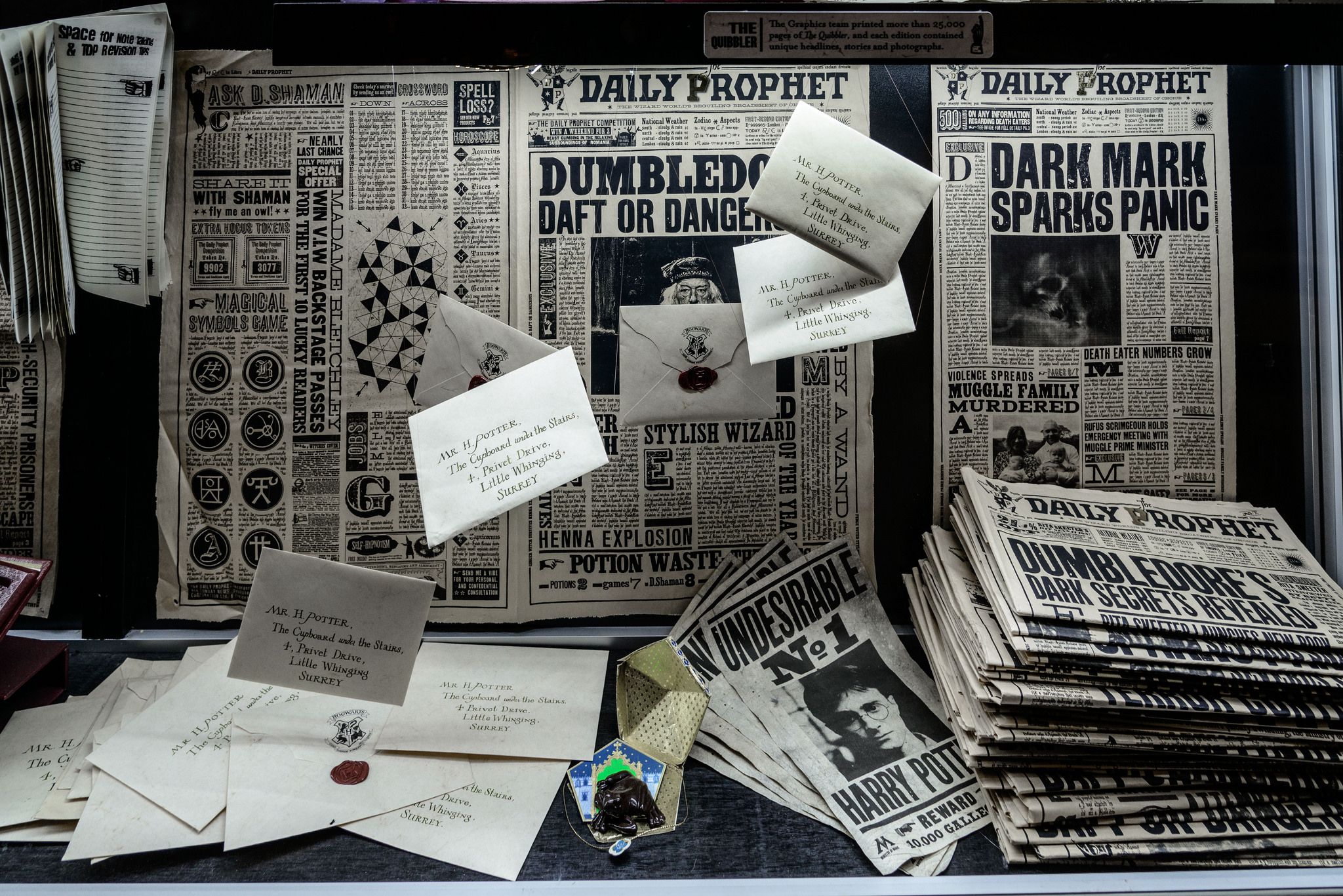 There is a belief in the modern world that anything to do with the latest technology must be good, must work properly, and is always worthwhile. I tend not to hold that belief, among other reasons for this: if technology is so perfect in what is produced, why do we need a new telephone, with updated and improved facilities, every few months? Of course, we all appreciate that this is a corporate thing, and that corporations are there to make money, as a first priority, and not to make our lives simpler. But this belief in technology and its power also seems to run to things like mail where, many believe, a mail sent to an address anywhere in the world is going to be delivered immediately and so, as the thinking goes, should also be answered immediately.

That last bit we can gradually erase, as some have come to realise that other people, if not themselves, so have a real life out in the fresh air and are not hanging on their smart phones twenty-four hours a day, just waiting to answer a one-liner. We can also, however, erase that idea that technology allows out messages to one another to zip halfway across the world and be delivered in nanoseconds, if not quicker. I have done it with my own server, with my own mail addresses, sending myself a mail and then waiting up to ten minutes for it to be delivered. Both addresses on the same server with the same Internet Provider identification code. There are stages along the way which many people do not recognise, do not know about; it could well me that my mail to myself went over a server node in Ukraine, or quickly slipped through the monitors in Langley – or wherever their tentacles now spread – and was checked for certain buzzwords first. Or, it could be that somewhere along the line there is a downtime, even for just a few seconds, causing a queue or a loss. This, I suspect, is what could have happened to some of your mails. The last one you sent me, dated 2 December, was notified to me on 5 December, and took me a while to download as the internal mail server I was trying to access had problems.

Now, this is not simply another one of those letters I write occasionally, where I tell people how wonderful letter writing is, and how much better than sending an electronic mail or a text, but there are factors. A letter can, of course, also be lost along the way, it will undoubtedly be delayed for any number of reasons, but that seems more acceptable than that an electronic mail doesn’t get through. We, as a society, seem to have accepted the system as infallible, and it isn’t.

You asked again about NASA’s magazine Spaceport, so I went and took a look and it appears that there are no subscription charges involved. It also does not have an ISSN, which would make it open to ordering through a library or shop system. Each issue is, however, online in a DIN A3 format (twice the size of this sheet of paper) which can be downloaded and read. Due to the size I cannot, unfortunately, print it out. There are also archives going back to the first issue, which suggests to me, as the December 2017 issue is online, that it is designed more as an online magazine than a printed one, although I am sure there are printed versions for staff and others connected with the site. The contents are interesting, though: environmental forecasts, SLS rocket hardware, gardening in space, Dream Chaser, open day visits by children, a working group which won the Pulaski Award. More than that, I am afraid, I cannot say, as there is no further information. But, to give you an idea of the contents, here is one article:

I’ve been at Kennedy Space Center for 15 years, eight of them with NASA. For a little over a year and a half, I’ve been the Kennedy technical lead for developing the ground support equipment and processes required to load liquid methane onto the Robotic Refueling Mission 3 payload.

Working within a relatively small project brings unique challenges, but it’s also very rewarding to have a direct impact on the development of technologies that are critical to a sustained human presence in space. RRM3 will accomplish a transfer of cryogenic propellant while in orbit.

Cryogenic fluid management capabilities are essential for NASA missions beyond low-Earth orbit and will enable humans to explore further than ever before.

I began my career at Kennedy as a liquid hydrogen engineer supporting propellant loading of the space shuttle’s external tank. After shuttle flyout, I briefly transitioned to design and development — but then I was awarded a Kennedy Graduate Fellowship, through which I obtained a master’s degree in physics. With that, I started working on research and technology development programs. I’ve worked on many different cryogenic propellant-related programs through the years, with RRM3 being the latest.

My favorite memory while working here was watching the launch of the New Horizons mission from the stairs of the Launch Control Center while I was pregnant with my son. I began telling him about the mission when he was little, and we both intently followed its progress 9.5 years later as it flew by Pluto.

There are, of course, plenty of colour photographs, taking up a great deal of space which, I am told, is the way newspapers and magazines work these days. Where once the reader wished something to read, and details above all, they are now interested in quickly seeing a photograph and a few lines of explanation, a sound bite which does not upset their breakfast by causing them to think too deeply, but gives them some information to gossip around the water cooler later in the day. I suppose it is better than what we had just over one hundred years ago: newspapers where the first or front page was entirely taken up with advertising, and then the rest, with plenty of advertising included, in a small, compact typeface with no illustrations whatsoever.

Amusing, for me at least, to see that, since I’m also writing about things not quite working out as the technology is designed, the English Cambridge News newspaper had a little error on their front page this morning, which has caused a lot of laughter about the internet. Somehow they managed to put in the various fill colour photographs of a footballer and some film stars from the local area, but then left the main headline, the title, as a place-keeper which told the typesetter what size type to use and where to place it. This was unseen by anyone from editorial through quality control, right down to the news agents who happily sold copies this morning. The wonders of technology, but caught up in the faults of the human. Apparently the newspaper group is one of those where the owners have been cutting back on qualified staff, in order to save money, and then cut back too far or in the wrong place. Profit over everything, so to speak. The issue today will undoubtedly be a collector’s item in a few years time.

Not everything is a collector’s item, although I was interested to see that a first edition of J. K. Rowling’s Harry Potter and the Philosopher’s Stone sold for eighty-one thousand dollars in the US recently. Now, you could be forgiven for thinking that a book like this, a bestseller to beat all bestsellers, could hardly be so special it would achieve such a high price. But. This title was the first one Rowling wrote and had published. Bloomsbury, the English publisher, only printed five hundred copies, and three hundred of those went to libraries. Harry Potter, for all his fame now, was just an unknown schoolboy prone to magic back in 1997, and the publishing company, a relatively small one by modern standards, certainly didn’t want to take too many chances on a children’s book about magic tricks, demons and the battle for whatever it is they were fighting for. Not every book is a Lord of the Rings!

And before anyone goes charging off to check the editions in their own local library, they’re not going to be worth as much, even if they are the first edition, which is highly unlikely. A book which has been through so many hands will be damaged, and I doubt whether any of those original three hundred sent out to libraries still exists. The thought, though, of a modern book selling for so much, dwarfing the value of the many much older books I own, titles going back three hundred years or so, gives pause for thought too. I’ll be that little bit happier spending fifty or a hundred dollars on a book – or more – which has seen the last few centuries and made it through unscathed.