Home / Personal Letters / It Is Known As The Chinese Curse

It Is Known As The Chinese Curse 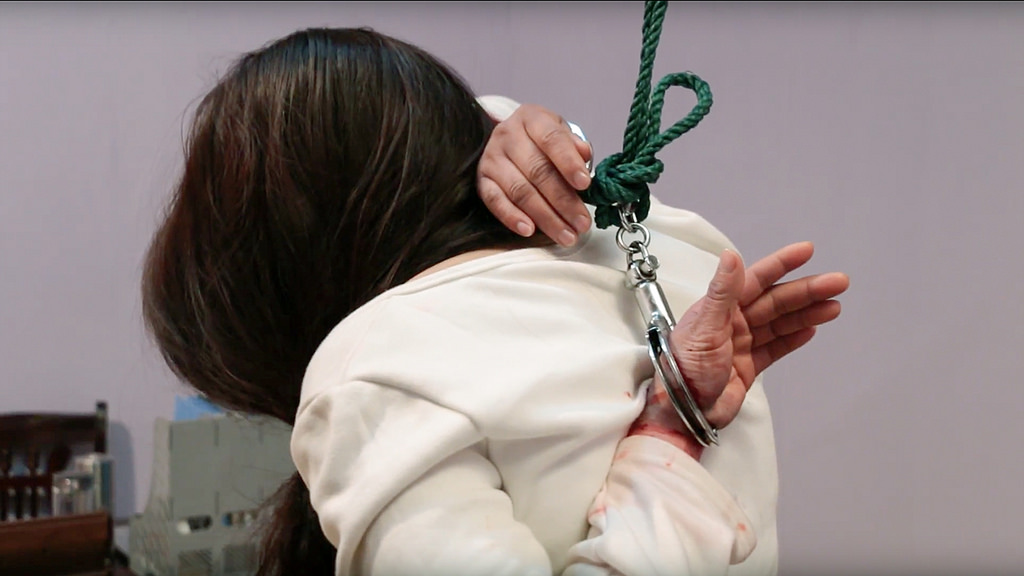 One of my favourite sayings, although no one is really sure where it came from, is: May you live in interesting times, and it is fair to say we are living through some of the most interesting, contentious, history-making times imaginable. The amusing thing about this saying, this apparently pleasant wish which the English tend to foist on other people, is that it is known as the Chinese Curse, and seems to have a double meaning, as do so many jokes in English. Living in interesting times does not necessarily bode well for us, and the closest Chinese saying, since the Chinese Curse is not Chinese, is along the lines of being better to live as a dog during times of peace, than as a human during times of war.

Nonetheless, we are living in interesting, historical times which, I have no doubt, will be remembered by future generations as the time when politicians, the high-and-mighty and all forms of beings who consider themselves to be above the law were finally brought down to our level, and had to accept the consequences for their actions. And I am not talking about just the sexual harassment, the rape, the molestation of women and children which we have been reading so much about. Nor am I talking about the mass of lies politicians have attempted to push onto voters in order to cover up their misdeeds, but so many other things too. It is a time of mistrust, and rightly so. That so many women have finally felt empowered to step out of the shadows and talk about what has happened to them, and that so many abusers have been forced from their positions of power, is a good thing in my opinion. We must hope, of course, that it does not go too far, that it does not come down to malicious forms of revenge and taint what is otherwise an excellent and laudable movement towards a more equal society. There is a major difference between a friendly touch on the back of the hand when talking, and someone who forces a kiss on another, abuses them with their words, or goes around trawling shopping malls searching for under-age children.

I must set your mind at ease on one thing, though, and that is the Cosby case which, in your letter, you say he won. That is not, fortunately, the case. The judge was forced to declare a mistrial and two of the jurors refused to change their opinions and were determined to find him innocent of all charges, which the other jurors could not accept, bearing in mind the clear evidence of guilt. A mistrial means, as I am sure you know and appreciate, that he will be before the courts again and this time, it is to be hoped, a result, a judgement will be forthcoming. Sadly a case before the courts was the only way for these women to gain any form of justice, but things are changing. Many men, and some women, are being forced to stand down from their positions as accusations come to light, as more people come forward and tell the public what we have known for years, but that which few have been capable, or willing, of confronting. I, personally, find it a shame for the entire political system, however, that some are still in positions of power despite – in one case sixteen – women coming forward to tell their tales of harassment and rape, while others are being actively supported to gain positions of power despite clear evidence they are, or have been, child molesters. I find it unbelievable that a certain level of responsibility it demanded of some, but not of others: the rules and standards of our society should be there for all, and not just a pick-and-mix selection to take as one feels fit.

Another interesting side of life at the moment, and something which has more to do with me than you, is the course of events in Europe with the move by the United Kingdom to leave the European Union. This is something for me because I was, of course, born in England and have British citizenship, but live in Germany, consider myself to be European, and also have German citizenship. I have been watching the stories about leaving the EU for a long time, and it is not the first time this has come up for discussion, and wondering at the ease with which some politicians and publicists have managed to feed false information to the press and public, and how easily it has been accepted by the masses. It is almost as if people want to believe the worst, and want to believe that things will be better if they trust those who, as has been proven time and time again, are more inclined to lie to them than admit the truth. I have even watched some of the debates and the committee meetings in the British parliament, and wondered how anyone can believe what is being said when a Minister, and a high-ranking one at that, is clearly avoiding a question by talking for ten minutes on something completely unrelated to the subject, and then constantly contradicts what he has said before, prior to claiming that he did not say it at all. Of course, we all known this contradiction and denial from American politics as much as from the Congo, from Venezuela, from Australia and so on. And still the public and, sadly, other politicians who should be working for our best interests, let it glide through as if nothing is wrong.

As a man – white, probably privileged and with a good, solid education as well as bright prospects for the future compared to others – I can only say: it’s time for change. I laud those who have come forward to tell their story and, like Time magazine, believe they are truly the People of the Year – as we had a few years ago when the accusations against Cosby were revealed. I have even taken the time to sit down and consider my own attitude, my own failings over the years, but in the firm belief that everyone should do this. We can only change when we confront, and confrontation is not against other people, it is against ourselves first. I cannot, in all honesty, tell someone they are wrong and should change their ways, unless I practice this myself. No one should be allowed to get away with the Do As I Say, Not As I Do way of life.

This, of course, brings the Church – or, perhaps better, religion – into the equation, and my astonishment at those Evangelicals, who have been baying for blood elsewhere, backing a child molester for high political position. Of course, we all appreciate that it is the people themselves and not their faith – for what it is – which are to blame, and we all know that they ought to sit down, as I have done, and take a look within themselves before condemning, or supporting, others.

Esoteric societies, yes, these are a fascinating subject. I am afraid that here I really must disappoint you, and say that you are not precluded from membership of certain fraternities because of your gender. It is one of those fascinating stories which has survived through generations that Freemasonry is only for men, and women are set before the door regardless of how good, how suitable they may be for the brotherhood. In one way this is correct, but only because the whole system works considerably better this way. On the other hand, and this is something I always have great pleasure in telling people who object to the exclusivity of Freemasonry, there are many women’s Lodges around the world where men are not welcome, where exactly the same type of work is performed, and which have exactly the same success as the exclusively male domain. A few years ago I was involved in setting up the first discussion circle to form a women’s Lodge in my own area, and this circle has now expanded to a much larger grouping, and is well on the way to becoming accepted by the appropriate Grand Lodge here. Last year I was invited to give a talk to potential members, choosing the Illuminati as my subject, and was happy to see that what had been a small collection of five women had now more than  doubled in size. I, of course, cannot be a member of their Lodge, so the exclusivity is mutual and works very well indeed.

And you are also right when you comment on the different make-up between men and women, which is one of the main reasons why such a mixture often does not work. It is, admittedly, wonderful having the chance to debate literature and philosophy with highly intelligent women who are far more open to discussion than many men I know, and I would not wish to give that up at all, especially since the range of their interests is often far broader than that of some men. But there is also a lot of competition, it is a very difficult business to be in, along with publishing, anything to do with academia. Things are changing, though, and that is the most wonderful part of living in these interesting times.

But there are so many things we need to work on, there have been so many injustices through the centuries, and are still so many. I think that the old adage of beginning small and working up cannot be placed here: we must confront as quickly and as thoroughly as possible, so that we are capable of raising the next generation, or their children at the very least, in a world freed of the bulk of our prejudices, our character discrepancies, our failings. We have to face and admit to the mistakes of the past in every single form, no matter how hard that may be, and work – really work, not just say we will – towards a better and more just society. Of course there will always be prejudice, it is unavoidable, but not on a level we have experienced in the last three centuries. We’ve had all the revolutions we need – industrial, Reformation, Enlightenment, whatever you care to call them – and it is time now for the Social Revolution and the creation of that equality we have on paper, guaranteed by Constitutions and Laws, but never put into practice by People and Institutions.

It is interesting to see where this movement is coming from, certainly not from those in a position of power who should be leading the way. Harvard University, as an example, recently decreed that anyone who is a member of a single-gender fraternity or House may not be nominated or elected to certain positions within the faculty. I also had the great pleasure of a short correspondence with Harvard about recognition of a female translator in several of their works – in one where they had her birth and death dates incorrectly recorded, and another where they used her work, but didn’t bother to mention her at all – and have seen some of the corrections and reviews in place or being considered. I have also had the greatest pleasure in being able to see men put in their place by women on many occasions in all forms of discussion. A recent delight was reading a men on Twitter as he tried to tell a female professor what the ‘author’ of a published work meant with ‘his’ words, until this woman eventually sent him a very simple message: I am the author.