A Small Flock Of Ducks 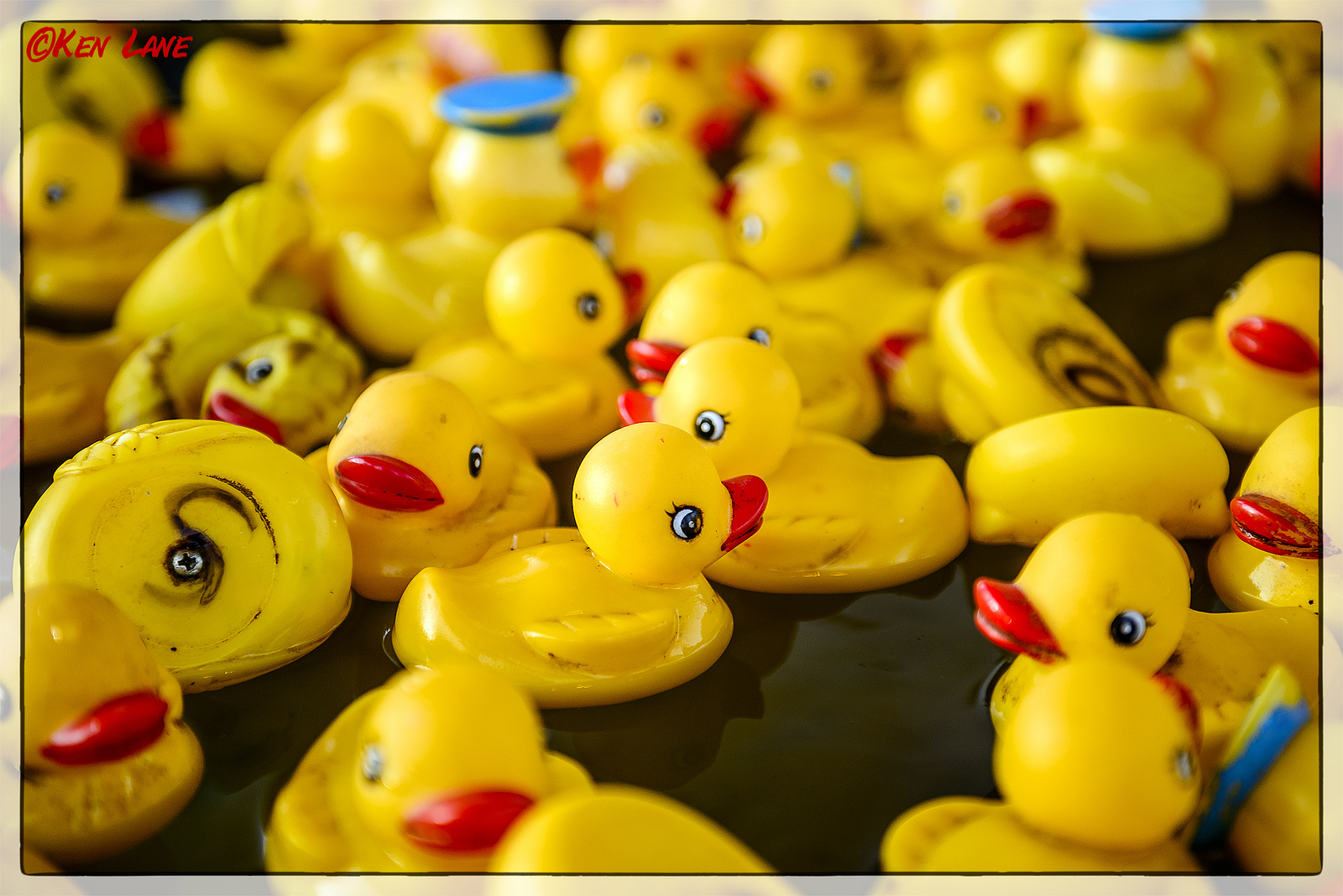 Your letter made me think about the relative distance I live away from my so-called home country, and the ease with which I could physically return. One of the wonderful aspects of living in the middle of Europe – even if it is not the geographical middle – is the ease with which a person can travel from one point to another, including the last country which believes it still rules over an empire and has something to say in the world. In theory, if I had such a desire, I could drive into Bremen and catch a plane across the North Sea to some airport in England, and then a train down into the depths of London where I would be at home again.

Except that I would not be at home at all. I am constantly asked by people here whether I miss my country of birth, whether I visit regularly, whether I am homesick in one way or another. It is almost as if we are expected to have a lifelong tie to wherever our accident of birth placed us in those first moments, or to the country which surrounded that place. It surprises me even more – that people expect me to feel a personal pull back to those times and places – when I see how many people who ask that have no real tie to their own hometown, or to where they now live. So many people here seem to have a desire to get out of this small town and live in the big city where all the action and excitement is, but wonder why I do not been drawn back to my own roots. On Friday, having one of my regular medical check-ups, I was asked by the young nurse taking blood how I could possibly leave London, how could I even countenance living in a small town such as this in preference for a world metropolis of such high cultural standing. She would move to London in the blink of an eye, given the chance, and believes she would never regret it.

And for myself? London is not the city it was when I was born there more than half a century ago. There have been cultural as much as political changes over the decades, and some areas of the city would be foreign to me, no matter how much time I had spent in them, simply because of the architectural changes. Nothing remains as it was, we are in a state of constant change whether we wish to be or not, and a city such as London, even this small town in northern Germany, is certainly not going to be left out of this process. There are also massive changes in attitude, as we have seen over the last six to twelve months in England, with the decision – based on lies and fake information – to leave the European Union and with the various security precautions which have been introduced in the centre of the city. The wonderful market in Camden Town, famous throughout the country, has changed beyond recognition for me: it was a small artists’ market in the Sixties and Seventies where I happily spent many weekends; where I bought my first book of lyrics by Bob Dylan – my first vinyl album by him I bought in Aberystwyth, Wales from the proceeds of my first paid summer job – where I learned about glass making and pottery; listened to live music and ate fresh food prepared right before my eyes. There was a hippy bookshop, a left-wing Marxist-Leninist bookshop, art print shop, antique shops and almost anything you care to imagine to do with people who produced handicrafts themselves. Now, as I understand it from various news reports about fires in the area, it is four or five times as big – in area – and more commercial than artistic.

If I returned to my other favourite areas of the time, of forty and fifty years ago, would they still be the same? Would the same shops and restaurants be waiting for me in Hampstead, or in Belsize Park? The whole area where I lived in Victoria, just around the corner from Buckingham Palace, is that unchanged? I do not doubt that I could walk from the front door of the house where I lived then, along the street, turn right onto the main road alongside the side walls of the palace and find my way to the primary school I visited every day for so many years, or to the church where I sang in the choir. The school will still be there, probably modernised. I doubt I would recognise the church building, which burned down in the Seventies or Eighties – I’m no longer sure when – and was rebuilt soon after. Is the small Italian restaurant behind the palace still there, where I would go Saturday mornings to eat ice cream?

We all have these memories of a place we were, as you have for Virginia, but the place we remember has gone. Perhaps it looks exactly the same, perhaps nothing has physically changed when you walk along the High Street and glance down all the side streets, but it is different. New people moved in, others moved out or passed over. Businesses change, the bars close or are renamed, their appearance is modernised or what is on offer in the windows has a different look. New people, sons and daughters taking over from their parents, bring new ideas, new wind into an old business. And the neighbourhood changes too, for many reasons. Do children still play on the street, kick a football back and forth, play with a basketball in the park, or are they confined to the yard, to the safe territory of their homes? And where are all the people we hung out with in school? Dispersed to the four winds, the four corners of the earth or, at the very least, to a place where they can earn a living and live in some form of decent comfort.

I’m not trying to play down or ruin your desire to return, since family is completely different to place and friends, but just show what I have learned over the years, and why I find it strange that so many people seem to feel I must miss the place of my birth simply because I was born there. It is quite possible that some, perhaps many, have a very strong bind to a specific region, to a town, to a house within a certain street for whatever reason, but going back to re-live the memories of past times, or simply because we have pleasant memories of an area, is doomed to failure from the start. I would much rather travel and experience new, retain fresh memories of other places to add to those of my earliest years, than have them all crushed by the reality of the present.

Admittedly you are rather limited at the moment but with your new radio application there are many new avenues opened up, and I don’t mean just the chance to keep up with events in Washington D.C., since there are whole areas of the State, the country and the world which are far more interesting than a few old billionaires trying to increase their riches while ruining the chances of a decent and comfortable life for everyone else. I don’t often comment on political matters, but what I am seeing in the USA and the UK makes me wonder what has happened to mankind since I was a child, and what the future can possibly hold for us all if these people keep on going in the direction they are now – and I do not need to pick out one or another political party here, there are fools and charlatans on all sides.

That all said, I do hark back occasionally, but mainly to the radio programmes which I used to be able to listen to. Fortunately, like you, I can call on an application for my computer which brings me many of the digital radio stations from the United Kingdom free of charge – I just have to convince some of the stations that I am in Britain somewhere, and that is a simple matter – which I much prefer to the German ones, even though the music which is played, right across the board, is much the same no matter which station you tune into. In my teen years, working in Wales, I would listen to cricket matches on the radio, which may seem strange since it is such a slow game and really needs to be seen to be appreciated, but worked wonderfully. The moderators didn’t just concentrate on whatever was happening on the field, but also brought many other things into a conversation-style reportage, right down, as I recall, to the actions of a small flock of ducks which landed on a pitch one day.

The good thing about some radio stations is that they allow a wide variety of opinions to be expressed, if you’re looking at the news and discussions services, whereas many of the cable television stations are politically biased to one side or the other, and tend to rule out anything which might not agree with their hard left or right stance. There is a great deal of talk about freedom of speech in the public arena in the United States at the moment, but often it is the very same media channels calling universities and towns or cities out for not allowing some to talk in public who practice the greatest level of censorship. Some of them are also guilty of heaping abuse on those with a different opinion which they do not, and never will, accept when directed to their own workers or political party. The one thing I enjoy about the whole – about not being physically there and being able to follow the course of events from a great distance through the radio and a wide selection of newspapers – is that I can take what I need, what I enjoy, what is useful to me, and switch off at some stage.

There are times when I appreciate what it is like to be a hermit, to be cut off from the world and all its troubles, and just a live a life of peace and harmony within and for myself. An absolutely impossible position to create or maintain, but a good thought now and then.