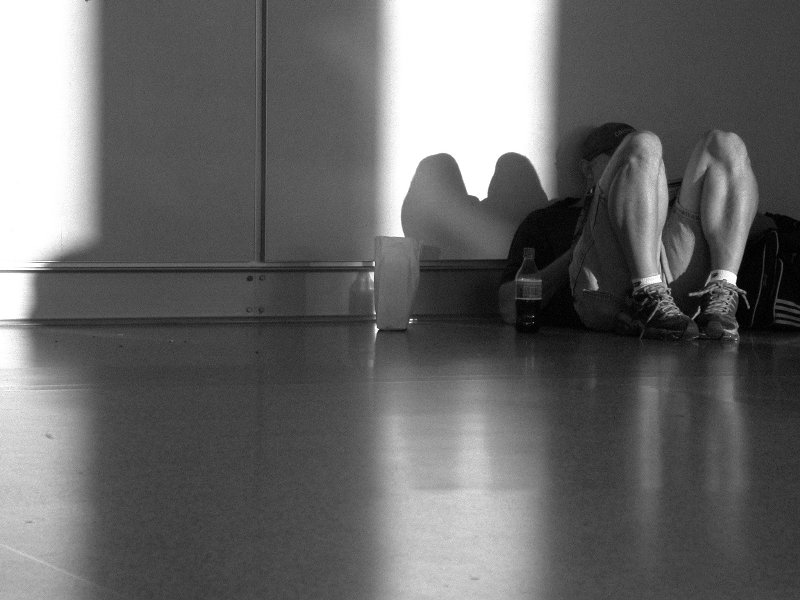 Technology is not the be-all and end-all of life, and this is something many people still have to learn, especially those who have been brought up believing that all new advances are a must-have for them, and that to fall back with an older smart phone model, or not have the latest application for communication and picture sharing is a life threatening shame on their character. Some of us are able to turn our backs on this new technology, strong in the belief that it is not of necessity to our lives, and some of us are forced to by the circumstances of our lives. I am one of those in the voluntary camp, quite happy to have when it is vital, but seeing no necessity to be tied to modern means for all times and in all instances. There are still some things which are better done in person – and I count letter writing as being an in person act – than through the airwaves. Why should I feel the need to be in touch with people twenty-four hours of the day? What is so important that I need to have a smart phone with me all the time, just in case? We managed over one hundred years with these telephones attached to walls, and countless centuries with any other means of communication but word of mouth and writing, so why should these modern times be any different?

Certainly, as you say, it is easier to telephone someone, or to send them a text, or to forward a photograph which can be viewed by anyone no matter where they are in the world, but what does all that achieve? Nothing more than mere convenience for the one side, and often inconvenience for the other. How many times have people complained that I’ve not answered my telephone? As if I had nothing better to do in life than to sit and wait for someone to call me with an inane, for them highly important, message which has little or no interest for me at all? And all those sunsets, the blades of grass we can touch – that being the main point here – and all the other things which are sent to us as photographs: isn’t it better to be able to experience them yourself rather than rely upon or live by the experiences of another? The latest thing that I have read, and I can only agree with it, is that writing rather than texting, be it a letter, an essay or whatever,  raises the level of personal awareness and, through this raising, increases learning capabilities and intelligence. And I, having seen sunsets in many countries around the world, can verify that this is true.

There’s one thing about letter writing, which I love, which many people seem to forget, perhaps because they are so used to the speed and hectic of our modern world: the lack of speed. Letter writing is one of those hobbies – or a way of life, if you prefer – where you know that things are not going to be immediate, that there are many steps involved in the delivery of each new message. I write to one young woman who lives on an island in Indonesia which, as I am sure you can imagine, is not as First World as we are. A letter from Germany takes about a month to arrive, then she writes, and we wait another month for this reply to arrive here. The amount of patience we need, as letter writers, is something many modern communicators have simply forgotten or, worse still, never experienced. We try to pack so much into our lives, and then lose it all by concentrating on a device which does nothing to enhance our lives at all, or by complaining that things are not going as they should be, that the schedule is broken, that we are stuck out somewhere in the middle of nowhere. And what could we be doing?

Stuck, let us say, at an airport because of a five-hour delay. We can queue at the information desk and lodge a complaint about something which we’re not going to be able to change. We can sit with our luggage, if it’s there, and complain to ourselves. Or we could pack our belongings in a safe place and spend four hours taking a look at what this ‘middle of nowhere’ place has to offer for a brief stopover and taking advantage of the time given us. We can read a book or write a letter or a few postcards. Isn’t this what life is all about, taking advantage of everything that comes our way? Turning disadvantages our way so that we can better ourselves or, at the very least, do something fruitful for ourselves with our precious time?

Patience is something I was taught as a child, living in the middle of London, we had much to be patient about from traffic problems right down to closed roads because the Queen or some high-ranking politician wanted to take a jaunt out in the open – I lived a few hundred metres from the Palace and a bit further from the Houses of Parliament. In school we had to be patient waiting for what we had to learn to be written up on a blackboard, none of the modern technology and PowerPoint presentations in the Sixties and Seventies. A big move forward, we thought at the time, was when some of the lessons were played out over a television – a massive construct on a tall pole which had to be wheeled to the front of the room – but this was rare, and certainly not as exciting as the television programmes we had at home, in the evenings. Nowadays we can watch college lectures from some of the top professors from around the world on the internet, something I am very grateful for, were it not for the fact that the attention span of many people has shrunken to such a small length of time, they have no patience even for this.

Patience has also told me that not everyone can be called upon to be at my beck and call all the time, that other people should drop what they are doing just to satisfy my needs and desires. There is much I can, and should, do for myself. But, aside from that, it reminds me that other people have their own needs and desires, as well as restrictions which hold them back from doing those things they most wish. Which is why I am happy to wait up to sixty days for a letter from Indonesia, which is why I am happy to write to you even if there is no reply, or a reply comes late in the day. For me it is the pleasure of writing, and the thought that perhaps someone will get pleasure from my words, from receiving a letter from me – or anyone else – and have a few moments when their minds can leave where they are and imagine something else. I don’t need quotations from any of the great classic writers of the past to tell me this, it is a matter of personal experience which, if you wish, I am more than happy to share with you at some time in the future.