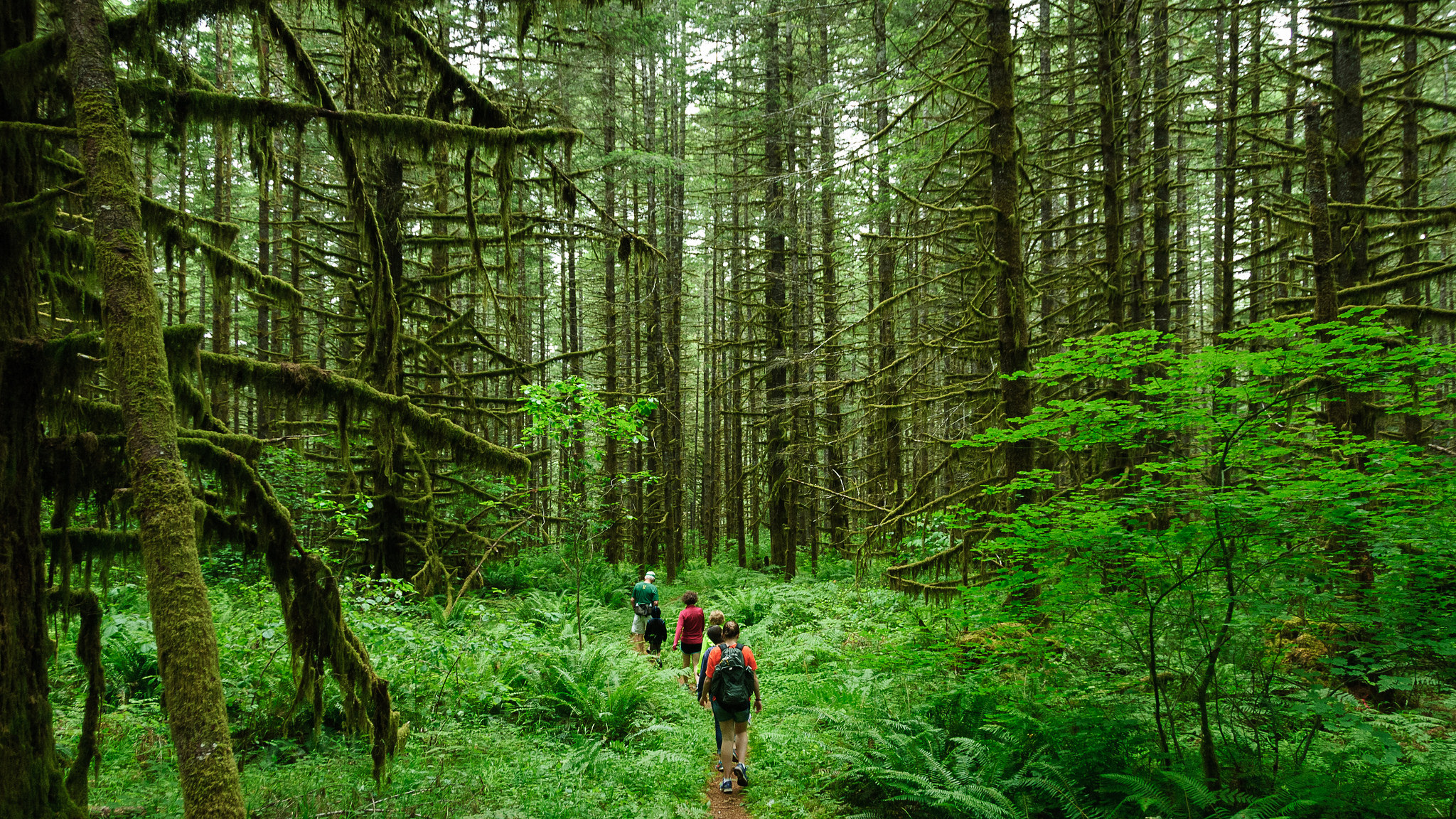 One of the great things about being an Englishman is that everyone accepts our major talking point in any form of conversation or correspondence to be the weather. Admittedly I probably do not confirm with this picture, since I tend to write about almost anything other than the weather, but it is something which has been handed down to me too, over the formative years of my life, and something which is almost guaranteed to surface in any conversation with other English people when looking for something to say. I’ve rarely used the subject in a letter to anyone simply because there is always more to write about and, it strikes me, the weather is something we all experience and fairly mundane and ordinary. My conception of what interests and what is important to other people is, of course, wrong; many people are interested in knowing whether we have fine weather, whether it rains throughout the day, or even whether we have snow in May. If I understand Simone de Beauvoir correctly, in her book The Mandarins, there was heavy snow in Paris in May or June 1948, enough to be remarked upon and, when someone of that writing calibre can mention it, then so can I. Although, being an ordinary person and possessing few talents, I would never wish to measure myself against such a person, just use them as an excuse to turn to the subject.

Where I would normally expect us to be worried over the same high temperatures which are plaguing you at the moment, we have had almost nothing but rain over the last two weeks. Or at least so it would seem. Every morning, as I have made my way to the post office to see what pleasures await me, I’ve had to make up my mind whether to wear a slightly heavier shirt, or even take a coat with me, to protect against any rainfall. When the rain has come, then in masses we do not usually see at this time of year: standing outside I’ve had the feeling I could part the rain with my hands, as if a curtain had been drawn between me and everything else. And then, almost as soon as the rain has finished, if it has not been the middle of the night, instant heat and the sun beating down on our heads. It may all have been good for the fields, and for those farmers who have been able to save something on water costs for their crops, but has not been anything like a blessing for those who wish summer weather – in summer – and a chance to relax on the terrace or enjoy the greenery of their gardens.

Air conditioners are not something we hear a great deal about in Germany. An air conditioned room would either be an office or a museum, and not someone’s private house. When we want fresh air we tend to open a window or two, and just let the breeze waft through. That doesn’t work, as you can imagine, when the fields are being freshly covered in dung, when there is a great deal of dust in the air or, fortunately not my problem here in this small town, when someone lives right next to a major road. Houses with boxes attached to the outer walls which pump cooled air into the rooms are a rarity here. Satellite dishes were once far more common, but even these have begun to disappear as more people sign up for cable, as more cable companies bring out product ranges which are interesting and worthwhile. Not that they will be able to lock me into their grip: I shall remain happy without a television until the end of my days, no matter how many different brochures and letters flutter through my hands, with their financial inducements and seductive images.

I hope that your eye operation was a success and that your sight is returning; I can imagine that it is a very unsettling time but certainly cannot imagine what you are going through at the moment. There are some things which none of us want to lose, I could probably make a list which would run off the end of the page, but the senses, those parts of us which allow us to live in this world are definitely high amongst them. I cannot imagine a world without being able to see it, but that is probably because my world, so mixed in with the written word, with literature and writing, with travel and being able to see all the sites and sights of the world, is entwined with this one sense more than anything else. I would gladly give up my sense of taste, even possibly hearting before even thinking about the loss of my eyesight. Not being able to read books, not being able to write my letters was, and remains, a fear beyond all comparison, as the loss of this single ability, this single sense would be an effective end to all that has given me pleasure my whole life. So, from this point of view, I can imagine what you may well be going through, quite aside from any pain, and sincerely hope that all goes well and that your eyesight comes back in as close to full strength as is possible.

Likewise, in my youth, I would have been hard pressed to accept a loss of mobility, would never have wanted to give up my walking, my exploring, my travelling around London and, later, many other cities in the world. As a teenager I was constantly out and about, the summer vacation was not spent at home, with a rucksack on my back and a map in my hand. At sixteen I had my first job, in the summer months, in a small village in Wales working as a cook in a hostel. This was the first year that I wasn’t simply out and about, and caused one of those I went to school with to write me a letter of commiseration: no one had known me as anything else but the reader and writer who spent all his time out exploring. Or, at least, as much time as possible away from school and family home! But working in Wales was also an exploration, also a great experience: having an income for those eight weeks of vacation and being able to explore Mount Snowden, the many villages and hidden areas of northern Wales and then, pure bliss, being able to purchase my first books and vinyl records (Bob Dylan) with my own money. Not having to justify the expense to someone else and have them question my taste, or lack of it.

Distance, back then, wasn’t a problem, and I could quite happily set off with my backpack, roughly when the sun began rising over the hills, and wander towards my next station, thirty or even forty miles away throughout the day. As a smaller child, literally sent out of the house during the holidays so as not to disturb my father and his business his workforce, I roamed the streets of London for hours on end – not that I would recognise most of them now; too many years have gone by. I’d do the same today, given the chance.

The nearest major city to me is Bremen, probably famous worldwide for its four musicians – a rooster, a cat, a dog and an ass – who travelled into the city to find fame and fortune. They were probably the only ones who could have made anything of their dreams in the last few years: the city is practically bankrupt in all but fact and only keeps holding on through careful financial tricks and cuts at the last moment. Everyone tries to defend their corner, when it comes to finances from the local government, but there has to be a limit and those without a strong presence in the Senate don’t come out of it all too well. Despite this, it is a fascinating city and I enjoy visiting it. Usually I am there every Saturday during the summer months, enjoying the flea market along the banks of the river Weser, visiting museums and art galleries, taking in a show or two until the small hours of the morning. During the week there is too much hectic and too many office workers for it to be enjoyable, unless I want to catch a particular art show or the opening of a new exhibit at one of the museums. There is no comparison to London or some of the other major cities around the world but, as a provincial city, Bremen holds its own quite well. I’d never want to live there, having slowly but surely changed my perspective over the years; it is pleasant to visit secure in the knowledge that I can go home to a peaceful street afterwards, and come back in to town whenever it pleases me.

There are so many people out there who put things off until later, who say that they can do all these wonderful things when they are pensioners, that the world will not have changed and everything will still be there when the time comes. I’ve seen a few of them go into pensionable age – some of them early because of sickness – and suddenly they appreciate, Far too late, that their age is a limitation, that things are not what they used to be, and some of those wonderful sights they would decidedly have appreciated as youngsters are no longer there, or no longer interesting. Or, of course, no longer affordable. What’s left are the day trips and the short shopping tours or, if they really want to splash out on a one time experience, the ten cities in seven days type tours across Europe. I have an amazing feeling of sadness when I contact someone and they tell me that they’ve never been out of their own State, never been overseas, never seen anything outside of the Discovery Channel and National Geographic. Yes, I appreciate that it is difficult, if not impossible, for some, but I still have this feeling of sadness for them.

Perhaps more people should follow the idea of your nephew: get on a bike and travel. Today there is too much fear of the unknown, of not being able to keep up a certain lifestyle, of not being comfortable. Sleeping under a bridge is something that only the homeless do, not people who are exploring the world. Unless, of course, that bridge looks like one Constable might have painted and we can be sure of a good breakfast in a local inn upon rising, preferably with a frothing mug of ale to wash the thick cut bread with chunks of best English cheddar down. Tramping has gained a bad name, and anyone who is perceived as being either a foreigner or foreign to these parts is suspicious. The world has changed since I was young, and not always for the better.

And then I often think, what would be the point of it all if nothing changed? What would be the point of living if we were unable to change things for the better, if we were unable to help others, or even to communicate with others and learn, share, experience and so many other things which we can do now but which were only dreams a decade or two ago? Whether there is a point to life or not I shall leave to those who enjoy a good, but pointless, debate since we will never know the answer. In the meantime, though, there are countless things that can be done, places to visit, books to read. And, of course, letters to be written and read.