Home / Personal Letters / Look How The Floor Of Heaven

Look How The Floor Of Heaven 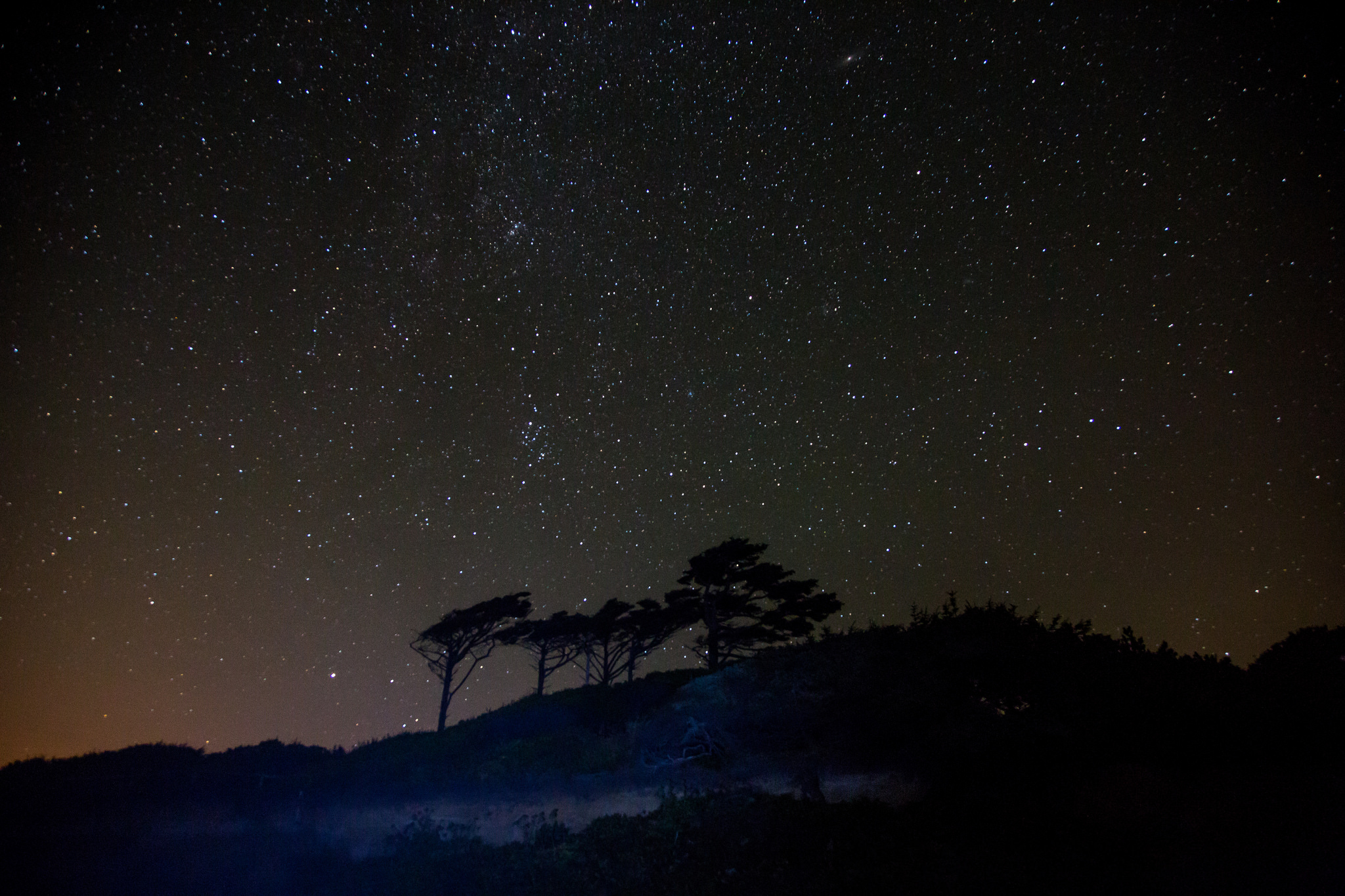 I am lucky enough to live in such a small town where it isn’t considered necessary to have the street lights on throughout the night, where people are not afraid to go out at night and where there are no areas, not even next to the paper factory, where you cannot see the sky and its array of stars. I don’t exactly climb up on a bale of straw and sit with a coffee admiring the heavens at night, as you used to do, but a walk along the riverbank, or through the deserted streets when I cannot sleep, under the heavens, is a soothing tonic after a hard day. It’s easy to understand why the image of the vast expanse of space, dotted with tiny fires of light, has been a recurring theme in literature throughout history; there is something more than majestic in what we see and this vision full of mystery sparks the imagination like few others. It is also a fine way, just looking upwards, to disassociate yourself with the trouble and strife around us, and consider the harmony of the stars.

[…] Look how the floor of heaven
Is thick inlaid with patines of bright gold;
There’s not the smallest orb which thou behold’st
But in his motion like an angel sings […]

Of course, Shakespeare – here in The Merchant of Venice – had a different idea of the heavens than we do, with our astronauts and space flights and all the telescopes which bring us into the furthest reaches of the universe. The harmony or music of the heavens, the movement of stars across the firmament was still uppermost in their thoughts: this was the realm of the gods, the most perfect and unimaginable area just outside our grasp. And understandable, I suppose, when you consider what life for an ordinary person must have been like in a city like London in the sixteenth century: no matter how romantic writers may wish to make the times, the truth is one of squalor, of poverty, of disease, oppression and hopelessness. Which, of course, makes it all the more interesting.

A few years ago I flew in to Baltimore for a weekend meeting and my experiences, against what I know from here, from London and from a few other cities and towns where I have lived over the years, was completely different. I don’t think I have ever been in a city which, even at three in the morning, was so brightly lit; nor have I lived or stayed in one where the active police cars sound their sirens despite having no traffic whatsoever. My room was on the (non-existent) thirteenth floor of an hotel in the centre of the city, and so brightly lit from outside we had double curtains to help us sleep in darkness. I could see old newspaper scuttling along under the blazing streetlights, and almost discern every spot of dust. Seeing the heavens here was absolutely out of the question. Then, at about six in the morning, I went for a walk partially to see some of the city before the hectic of the day began, partially because I found it impossible to sleep in a foreign bed, a strange room, and with the seemingly continuous and unnecessary noise of police cars driving back and forth. There were two areas where I found the heavens again: the magnificent harbour with all its small ships and boats moored and awaiting their eager owners, and East Baltimore which, I am now reliably told, is an area I, as a white man, should never enter. Here, in the unlit streets, in front of the cramped and rundown terraced houses facing directly onto the street, I could raise my head and see the stars again.

I wonder whether we really need to know all the secrets of the universe, whether just leaving things as they are and concentrating on our own planet, on those people here who are in need, would not be better for us all. So many billions spent on rockets, both to explore and to destroy, when we could be doing so many good things instead. I doubt that any of us will ever really understand this vast expanse in which our planet rests, and I am not sure that we either want to, getting right down to it, or even need to. Those who began asking all these questions, Pythagoras and his followers, have a great deal to answer for. Sometimes having secrets makes the world that more interesting, not so much because we have a need or desire to reveal what is hidden, but more because there is some mystery, there is something to look forward to, and our world is not merely a boring mass of chemicals which happens to have life on it which we understand every aspect of. Much the same in a relationship, I believe, where both partners should be allowed to have their secrets, their little thoughts, ideas and intimate desires which remain unshared, so long as they do not cause harm. And we all have them, whether we wish to admit it or not, those things which we do not share, no matter how often we claim to have no secrets.

The wonderful mystery in life seems to disappear when we allow ourselves to be controlled by a routine which is seemingly impossible to break. We rise at the same time every single day – except perhaps on a Sunday when an extra hour in bed is considered acceptable, but which is also a routine – and then go through the same actions, one after another, until the day comes to an end. Other people know where we are because it is a certain time of day, and we’re always there at this time. We become creatures of habit with no imagination, no will to do something different. Holidays are spent in the same resort each year, where everything is planned and nothing left to chance, and these plans are laid and booked a year in advance, just to be sure nothing can go wrong. And then, suddenly, someone comes up and shakes us by the hand. In the old days we’d have received a watch or a clock, and then be sent packing, back home to a house which we’ve never seen during the working day, and our working life is finished. It goes so quickly: one moment we’re learning the trade, and the next those we’ve taught are taking our place. And what do we have from life? The knowledge that we’ve done a good job, that we’ve been successful in business, in the company, in our small social circle, and that is it. The rest is just sitting and waiting for the man dressed in black, carrying his scythe across one shoulder, and extending his bony finger in our direction: your time has come.

I was sent a video by a friend of mine here in Germany which reminded viewers of how small the planet is and how insignificant our actions in the vast cosmos of existence, looking down from space on this tiny speck of dust in the middle of nowhere. Still, lying on your back, looking up at the stars, no matter how insignificant we may be in the grand plan, is a wonderful feeling and one which I would greatly miss if forced to move back into a city. Perhaps that is one of my reasons for staying in such a small town, with its limited facilities, limited cultural and intellectual life; the ability to just disappear into thoughts from elsewhere and gaze up into the night sky undisturbed.

I find ecstasy in living; the mere sense of living is joy enough.

So writes T. W. Higginson in The Atlantic, recalling things that the poetess Emily Dickinson said or wrote to him.

Although, admittedly, life is harder for some of us than for others, or that is the way we imagine it: nothing is ever easy and no matter what we do there will always be something which goes wrong, or something which gets put in our way and makes all those plans, so carefully laid, worthless. And then we lie on our backs on a cool summer evening, looking up at the clear star-strewn heavens and ask ourselves whether all this stress, this hectic, this striving to do things as quickly as possible is really necessary to our happiness. I often wonder, which makes many people think of me as being a little strange, whether Pythagoras and his followers, whether Socrates, Plato and Aristotle felt better for all their deep thoughts and ponderings, or whether, at the end of their lives, they were still as confused as before, still as lost, still seeking that same answer to life. Perhaps they should just have lain back in the grass and enjoyed the sight, the silent harmony of the heavens, without trying to delve into its unfathomable mysteries.