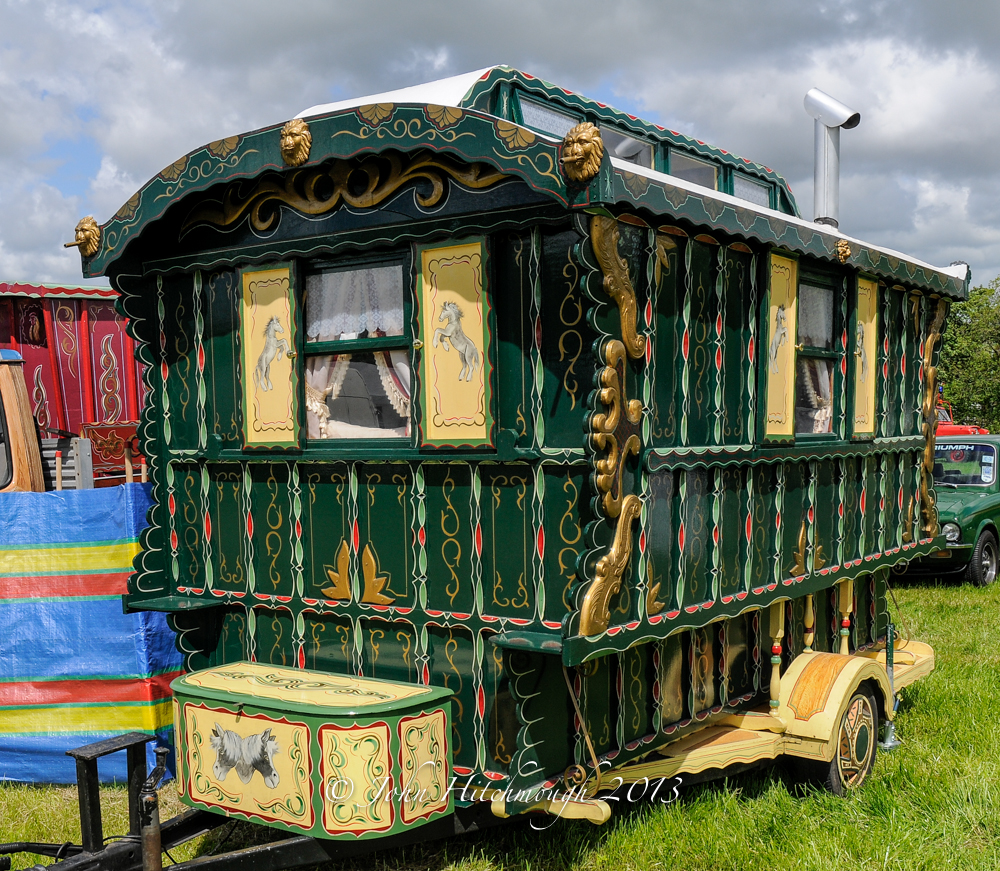 I’ve had my suspicions for quite a while, but it is something almost impossible to prove unless I take a deckchair and place myself, cup of coffee in the one hand and a book in the other, directly in front of my house and watch what happens. The theory is that our small post box, which is diagonally across the road from my house and an unmistakable bright yellow colour, is emptied six days at week at eight in the morning. I say theory because several other similar post boxes, all of which are quite some way apart from one another, are also due collection at eight, and covering all of them in the same minute or so would be difficult for one postman; I suspect that someone just saved on printing costs, or the bother of working out decent and workable times, and marked every single post box in town with the same collection time. Rarely, though, is there anyone from the post office in my quiet street before ten, and the man who delivers is not the same man who collects. This is the main reason why I use a post box in town rather than my own one in front of the house for deliveries: I can get my mail at about nine in the morning rather than waiting until eleven or so, and often having to be home in case something needs a signature or there is a small package for me. Although, that said, when I have books being delivered, the ones which I can’t buy quickly from the local bookstore, I have to be home too, otherwise getting the parcel is an impossibly long and tortuous task. I’ve done it once, a delivery of four books where the agent claimed she couldn’t find my house, and it took two week from the time of ordering until I had them in my hand, instead of the promised three days.

Not seeing anyone empty the box, however, and knowing one or two other things about the state of the post in our area makes me believe that this, and probably a few of the other lesser used post boxes, are being neglected. There was a move, some time ago, by the post office to remove as many of these boxes as possible, in order to save money by having people bring their own mail to the post office direct. We’re already at the stage where the post office can hardly be called one, the real building having been closed and a franchise opened in a supermarket, but that is another matter. I always consign my letters to the care of the post on the day they are written, which means they should be collected from the box the next morning, taken straight to the main sorting office and sent on their way across the world. If one from the fifteenth is stamped on the nineteenth, that suggests it wasn’t collected until the eighteenth and someone is not doing what they are supposed to be doing; either that or the post is saving money by not sending someone out and looking for an excuse to remove the facility.

Another interesting thing I’ve discovered about our post here is that it goes a very long way to get a short distance. There is a sorting office in town, but it is not used for local letters, only to distribute those packets of mail which are to be delivered here. Any letters being sent out are boxed up and carried in to Bremen, which is about twenty-seven miles, even if they are for addresses here. A few weeks ago I took a letter in to the post office, had it stamped up and pointed out that it was for one of the other mail boxes right across the hall from the counter. I was told that makes no difference: all mail goes through Bremen even if it could have been delivered immediately by the woman walking five yards to the boxes and five yards back. Apparently, those are the rules. Then I also recently had a letter from my doctor, who lives and works one kilometre away and has to pass my house to get to the post office, which was delivered through Hannover, a round trip of over sixty-five miles.

The main point, of course, is that the letter arrived even if later than necessary, and you needn’t worry about hurrying to reply to my letters, I won’t take it personally if a message comes a few days later than what might have been possible. For me it is the writing, the reading, the communication, and not the speed at which it all happens. If I want instant communication with anyone I can get myself a cell phone, or go down the dark path of text messaging from which there is no return. I read the letters of Cicero and Pliny the Younger with pleasure, and they took two thousand years to get here.

I must admit, I was surprised to hear that you’ve been accepted by Wake Forest University Press – not in a bad way – as they are best known for publishing Irish poetry and have a very impressive list of authors, some of whom I have been reading since my youth such as Eiléan Ní Chuilleanáin and Medbh McGuckian, although my books came from Irish small presses and not from the USA.

I’m cutting her meaning out of this drastically, but this one line from Eiléan brings so many images to mind, especially when you remember, as I do, teachers back in your schooldays demanding that you do some work rather than staring at your navel all day as if the fluff it contains would bring all the answers. I should dig out a few more of my poetry books sometime and see what further wisdom is contained, it has been far too long since I’ve taken any interest in verse although it was once my greatest interest. And, of course, my congratulations on having poetry accepted for publication by a real press. Back in the day I had a long conversation with a woman who was so proud of having been published in a compendium of poetry which she eagerly showed me; it was about two thousand pages with the verses in very small type and she had paid for the privilege of being included.  I doubt this company sold a single copy to anyone other than those they’d included, effectively making twice as much money from these poor authors and would-be poets for something which would be useless to them, and seen by no one else.

No one really expects to make a living as a poet, those days are long since behind us and many who succeeded began with a sponsor and had a day job, but I find it saddening when I see some who fall for this scam and pay to have work published. If it is worthwhile for a publishing house they will take work and give royalties. If a poet, or anyone else, really believes that they have a worldwide sensation on their hands and no one else trusts their judgement, then they should publish it themselves rather than falling for the fake promises of these vanity companies. There are so many ways of getting published today, whether it is in print or on the Internet, there can be no excuse for paying anyone else for nothing. And poetry is an exceptionally limited market today, with some exceptional people already grabbing all the headlines and standing in front of the best audiences.

Some people calling it going back to their roots, when they talk of the simple life and leaving the rat race. It’s really not as simple as it sounds, nor as easy to follow as many believe. We all need to earn money in some way or another if we’re going to be moving around in society, even if it’s on the very edges, and that binds us to the conventional. Disappearing out into the wilderness, away from society and all its mores, is an ideal many have but few are capable of. I’ve met people who’ve professed it, and then couldn’t bring themselves to wring a chicken’s neck in order to survive. And there’s a major difference between disappearing into the wilds of Montana, or wherever, and living a life of ease and freedom. Travellers have never been welcomed, not in any community; always believed to bring crime and disease with them. Back in the fifteenth century in Europe, as countries were starting to be formed which were more than just a local king and a few armed men, gypsies and other travellers could legally be killed – men, women and children regardless – whether they had committed a crime or not. Times have changed, of course, but the fear of travellers and the stories or rumours which surround them are impregnated in society, almost impossible to remove.

I’m not suggesting that films like Rambo are anything like the truth, but a traveller has considerably more problems to contend with than delving deep into the philosophical meaning of life when travelling on a bike through the wilderness, as Robert M. Pirsig portrays, and life in an RV brings many problems with it that the simple life simply cannot overcome, beginning with the costs involved. My own personal preference was always to be a tramp and walk, back when the idea of being a tramp wasn’t automatically connected to young women of loose morals. I even managed it to a certain extent, and covered the length and breadth of England, Wales and some parts of Scotland as well as jumping across the Channel and exploring northern France and Paris. A most enjoyable life, on foot at least, and one which can be sustained through bartering: work for food; although I’m not so sure, at my age, that I’d want to go back to it again. That’s wrong: want to certainly, although I’d miss my books and work; capable of following such a lifestyle is another matter entirely.

I wonder what it would be like to set out on the ultimate (living) journey and travel on a shuttle to another planet. You’ve probably come across the stories about plans to send people out to Mars on what would clearly be a one way trip; whether such an expedition is worthwhile, for those who are travelling, not for those sending them, is a moot point. It’s not exactly something you can tell your grandchildren about while they’re growing. Then I think about a programme I caught once or twice when I was younger called Desert Island Discs which, I am told, is still sent out on the airwaves regularly. The basic idea is a chat show, but from the days before chat shows were a thing, where someone in the news discusses their life or their movement or their beliefs and mixes it with music they’d take onto a desert island with them. They are also allowed to take one book, but I think I’d want to do it the other way about: ten books and one piece of music. All the talk is of people being sent off to be on their own, or into a situation where they have little or no chance of communicating with other people which, for me and despite the fact that I do not mix well, would be a form of hell. It’s not necessarily the fact that there is no one to talk to, but the lack of possible communication would be the killer, I think. I’d much rather wonder about date stamps on letters in the knowledge that they are being written, sent and received, than know I cannot get in touch with anyone out there ever again.