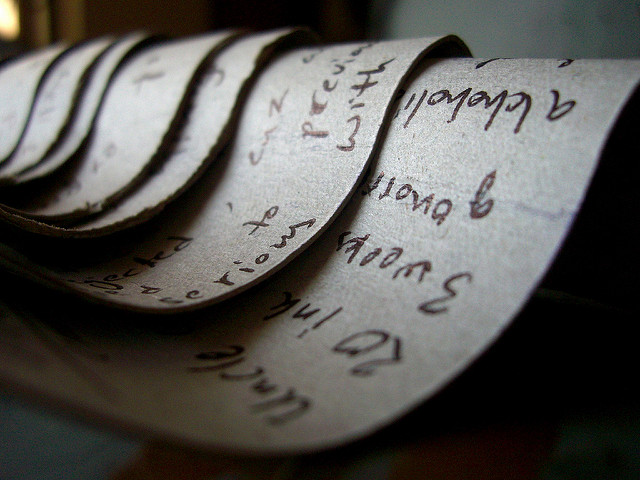 Your letter did indeed find me in both good health and high spirits, despite the bad weather and all the things which we need to do to keep ourselves healthy and happy, but never really want to, and which I had planned but couldn’t see through. It has been one of those hectic weekends where I thought I had plenty of time to myself, but no one else agreed and I had to push everything back to please their demands.

To be honest, I didn’t know that my advert had appeared on the web site, there was no confirmation mail, nothing to check and see whether I really am who I claim to be, and I haven’t been back to the site since. Your most welcome letter was the first hint that my description was there. And your letter is the only one I have received, which is, sadly, quite normal. I rarely receive a reply to my adverts and have slightly more luck, but not much, when I contact people. The penalty of being male and old; the assumption is always that at my age I must have other things in my mind – bad things – and not be quite so interested in simply writing letters as in finding something else. As with you, I am quite happy as I am, certainly not looking for any form of relationship outside of letter writing, and not particularly concerned who I write to, just as long as they are interested in writing, interesting and, above all, they are able to read my hand writing!

Yes, Cologne has been in the news rather more than usual over the last few weeks, and for all the wrong reasons. Perhaps this was just the worst example of how things can go wrong when we are faced with an overwhelming problem such as the current immigration crisis, and I cannot see it as anything other than a crisis for which no one was prepared, no one ready to take the lead and make proper decisions and which, after so many months, shows no sign of easing. What happened in Cologne over New Year is unacceptable in any society or, perhaps better, in any decent society which claims to respect women. I have no problem trying to help those who come to Germany, or to Europe as a whole, and who are sincere in their desire to find a better life, to be a part of our society and contribute to it. At the same time I have no problem with the idea of sending those who commit criminal acts – of any sort – or who refuse to fit in, back to their own countries. If you make a choice to live somewhere, as I did twenty years ago, then you have to be prepared to adapt and change.

Anyone can complain, and there are some people who do nothing but complain about everything other people have done or plan on doing, without making the effort to do anything, to suggest a better method and see it through themselves. The typical couch-politician who comments but takes no active part. I know that only too well from my early years here: one of the reasons I went into politics and had myself elected to the County Council, was because I was sick and tired of the laziness and inefficiency of the elected politicians – of all parties – who rarely did anything but vote Yes for policies and plans they didn’t fully understand or hadn’t bothered to read through. The deciding point for me, believe it or not, was flowerbeds. There was a proposition to rebuild the two main shopping streets running through the centre of town and it had been on the agenda for many months. The flowerbeds were added to the street plan and the proposition sent out to all the council members, twelve weeks before the council meeting. This was the Town Council, I should add, but the County Council was no better. On the day of the sitting one member proposed that the whole thing be postponed to a later date because he hadn’t had time to compare the plan with the street itself. The fact that he either walked or rode his bicycle down these two streets every single day made no difference.

I was at the council meeting when they agreed to postpone and I can guarantee I did not make any friends there when I stood up and ripped into this one politician and the whole council for their lack of interest and lack of work. Of course, they are not full-time politicians here. In Cologne you have elected council members, I believe, who do little else and are far more involved in city life. You certainly have a far greater police force there and the Deutsche Bahn has its own security people. The reactions to the incidents in Cologne were too late, misguided and half-hearted, and that has caused a lot of damage. News media want the shock stories to sell their product, they want to be able to highlight inefficiency and incompetence, and they were very well fed in this case.

I have not lived in any other parts of Germany but, like you, in several other countries, all outside of Europe. Perhaps lived is not quite the right word since I was mainly overseas with the army and living tends to be more stable and settled than what I experienced. Perhaps better to say that I have traveled and these travels involved staying somewhere for weeks or even months. So I can list Ireland, Cyprus, Bosnia, Belize, Saudi Arabia and Iraq as well as the UK and Germany. I am not sure whether I have ever been able to call one place my home town, not even after living here for twenty years can I really feel good about calling it home. Perhaps because I was born in a major city – London – but raised in a tiny village and have spent the bulk of my life moving from one place to another? Even here: I began with a small apartment, moved into a bigger one, then another also bigger, and finally bought a house about ten years ago. This will probably never really be my home, despite my time in the County Council and many other associations I am or was a member of, or even set up from scratch, because for most people here I am an outsider. I wasn’t born here, so I can’t really fit in.

I have a fairly set idea about which subjects can be written about and discussed in letter writing. For me it is everything where I have enough knowledge or experience or where I can learn. When it comes to other people I always respect their wishes, there are many things which make people uncomfortable for a wide variety of reasons and, for me, letter writing should be a pleasure for everyone involved. If someone is uncomfortable about a certain subject then discussing – or attempting to – would make the correspondence uncomfortable, and worth avoiding. I am also not in the best position to tell you or anyone else how to get a job or how to run your life. I’m still trying to get a grip on my own life, so how can I justify messing around elsewhere? I have also received plenty of advice about how to run my life, and all from these couch-politician type of person who can talk about any thing without having the slightest knowledge and without the least intention to do anything themselves. So I have no problem leaving out those areas which you do not wish to discuss. Aside from which, my letters tend to be replies inspired by the letters I receive, added to by a few stories and, sometimes, opinion. When none of that works then I just write down random thoughts and follow vague ideas to see where they go!

Oh yes, the wonders of social media which, as we know, have nothing social about them whatsoever. I find such networks more anti-social than anything else. How can anyone have a social life – intermingling with friends and acquaintances – when they are at home in front of a computer? That’s hardly a social activity, since everyone is doing it alone. Social interaction should be between people, in person, and not down telephone lines or from one monitor to another. I use Twitter to keep up with the news worldwide, but nothing much apart from that. There is nothing personal about social media, nothing which makes it for me as with a personal letter, for example. I use the Internet, as you do, for research, when I cannot find something in one of my books. I have my own web site and administer several others, but that is completely different to spending time reading pointless status updates on Facebook or wherever.

Like you, I have no television. I don’t even know when I last owned one, it must be more than thirty years ago, and I cannot say that I either miss it or have any desire to purchase one. I’d much rather go out and do things, sometimes with other people, read a book or write letters than sit in front of a box I have no control over. I’ve never seen a Reality Show in my life, and I don’t think I’m missing anything. I do get a lot of strange looks from people when they start talking about Big Brother or some similar rubbish and I tell them I don’t watch it. Some cannot believe there is anything else to do than watch TV or, as I found out recently, play video games. The very first thing I do with a new computer or handy once I’ve configured it is delete the games.

I can understand the concept behind a Friendship Book, when the people involved really are friends. I can also understand why some people find swapping and stickers and all the other things out there so interesting, if they can’t be bothered to go out and hunt for these things themselves. That said, all these things have never interested me. I was once involved with a postcard site, because I thought people would write something interesting on the cards, but it turned out to be an uninteresting and expensive waste of time. Letters, hand written and personal, have stood the test of time, and that’s where I am quite happy to stay.

As to languages: I have always written in English, although I talk mainly in German. I find that my thoughts, since my written English is better than my written German by far, tend to flow much better. When I attempt writing in German I am far too concerned with getting all the words in the right order and making sure that the rights words begin with a capital letter to actually think about the content of what I am writing. I am quite happy to receive and read letters in German, but I will always answer in English. If you wish to write in German and are happy that I reply in English, then that is fine by me.

I am at the end of my letter writing time for today, there are still things to be done in the house and I had a full working day too, so I shall end here for today, despite the fact that I feel as if I haven’t really written anything of great import. I hope that I have been able to answer a few of the points from your letter, and that you have been able to read what I have written! We shall see what the future brings, but I would certainly welcome a correspondence with you.