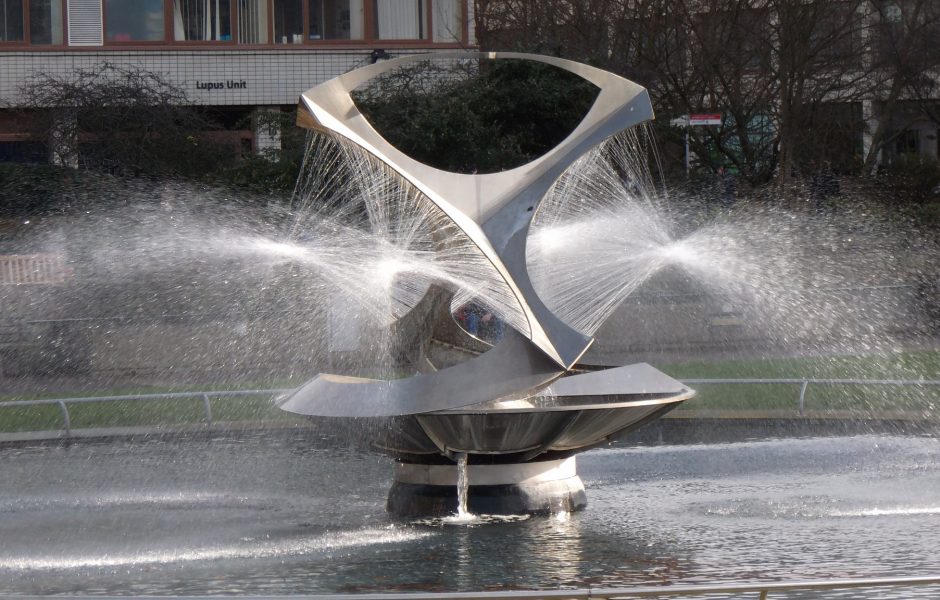 All good things come to an end, they say and, fortunately, all bad things tend to come to an end too, even if this small piece of wisdom is not put across in the same way. For some reason we, as a society, tend to dwell more on the downside of life, and not rejoice in that which is good, uplifting, inspiring or enjoyable. That said, and I am sure many people will tell me this immediately, it is also thought that there is nothing to be happy and joyous about in our present world: civilisation as we knew it is coming to an end; democracy has been undermined; autocracy and dictatorships are taking over the upper echelons of control, and we are all stuck exactly where we were before, but in worse conditions. The only thing that I’ve seen coming to an end recently was your profile seeking someone to write to, and I managed to get a copy just before the deadline, just before it was deleted and lost to all those who could have been interested, would have been interested, but joined the party a few minutes too late. Here, perhaps, we could claim that the old days – prior to the deletion – were better, but that is also very limiting despite the generalisation, and covers only this one point. Too many people, as I say, see the bad side of things, and then take one small instance to blacken the good name, the character, the very presence of everything advantageous.

We, however, turning our attention to the future and all its possibilities, see only that which could be, and ignore that which was. The past is there for us to learn a lesson, but the future is what we bring that learned lesson into, and the future is what we are about to shape for ourselves, and all those we come into contact with, all we influence, all who are moved to join and tag along with us. I am, of course, really only talking about letter writing at the moment, as I do not have enough information about you, your life, your interests, to take any other subject and delve beneath the surface. The one thing I know we have in common, aside from education, is a joy of letter writing, of meeting other people around the world through the ancient art of scratching words on a surface and sending them out into the void. Will those words reach the right ears, the right mind? It is a chance we have to take, not being able to sit across from one another and study body language, or assess verbal reactions, or add to the words spoken with our own opinion immediately, we have to be patient and studious, and read what the other wishes us to know, as much as what they hint could be in the background, but which does not make it explicitly into words on the paper. A long introduction which, perhaps, says little but, at the same time, as an explanation, as an idea, tells a great deal.

I could just as easily have picked up a book and read about Tennessee in general, or certain towns and their population second-hand, from ancient history through to the latest news, but that is not the same as being in touch with someone who is there, who has lived and is living it and has everything fresh in their mind as well as constantly in their lives. Leonardo da Vinci wrote:

… it is safer to go direct to the works of nature than to those which have been imitated from her originals with great deterioration and thereby to acquire a bad method, for he who has access to the fountain does not go to the water-pot.

An idea, despite its age, which works just as well today as it did when da Vinci was giving his advice to others – or Leon Battista Alberti, Luis Vives, any number of others – and which does hark back to the golden age, even if it was an age which also believed that earlier times had been better. Fifteenth century humanists harking back to the times of Socrates – who lived more than two thousand years ago – who, in his turn, lamented that his modern times were worse than what used to be. We know, however, as they do and as many people seem to forget, that there are ways of making things better, of getting through unscathed, with family and friends, and enjoying what we have as much as improving the future for ourselves and those who come after us. We know that this possibility lies in our hands, and our hands are the ones doing the work.

Unlike you, I was never top in any class. I was always the one sitting near the back with a “oh look, a squirrel” mentality: easily distracted and often more interested in the smaller paths leading away from whatever a teacher was trying to bring across. This, I am happy to admit, has stood me in good stead ever since, as my knowledge of fascinating peripheral subjects is immense, but it does not reflect so well on paper, where only the mainstream is graded. Nowadays my concentration is far better, but nowadays is too late for all those things which people promised me back then: nowadays is what has already happened through my own actions and, I must admit, I am content with not having followed the mainstream race to the bottom. As we both know, on both a political and commercial level, you can do everything wrong in your life – as far as society and morals are concerned – and still end up on top. And despite not having been top of a class, ever, I have still stood up in front of class and taught in my own way, officially, and moderated debates and discussions, fed those who need a new thought to add to their own stagnated lives, educated from the smaller paths which are equally valuable, but less often trodden, or rarely explored.

I still recall one of my most favourite quotations whenever talking / writing about learning and about the system of education which has stood me in good stead my entire life, and which I pass on to others as much as using it myself. Heraclitus:

I went in search of myself.

I have to write “most favourite” even though it is bad English because there are so many favourites on my list, covering so many eras and areas, that they need to be split up and graded beyond a simple Favourite or Like or Thumbs Up – rather like the internet-popular Best Friend had to be changed over time to include another grade and added Best Friend Forever, an over-used ideal which rarely holds water, sadly. But going in search of yourself is not, as some people wish to claim, simply looking within your own mind and seeking some form of self-enlightenment, nor is it a narcissistic attitude played out in front of the bathroom mirror: looking for yourself is as much about what is inside, your desire and emotions, as much as it is about finding that which stirs those desires and emotions from the world around you. For some it is the wonders of a church, a cathedral, a minster built over a thousand years ago, for others the story behind the simplest gravestone in that architectural wonder’s shadow.

Lucretius, another philosopher from the mists of time who is barely mentioned today but for a few in learned circles, wrote:

But nothing is more pleasing than to be master of those tranquil places which have been strongly fortified aloft by the teaching of wise men. For there you can look down upon other men and see them wandering purposelessly and straying as they search for a way of life – competing with their abilities, trying to outdo one another in social status, striving night and day with the utmost effort to rise to the heights of wealth and become masters of everything.

I think that he, in his own way, understood that much can be learned, and great profit gained, from going away from the well-trodden path, and seeking that which really interests, which is really useful, that which we, as individuals, require to be content. For me, despite all that was said I would do when I was young, it is reading good books, reading and writing letters, exploring the world, philosophy, literature and history, and collecting antique photography. What other people might – aside, perhaps, from reading books – call peripheral pastimes, of no import, merely a way of passing the time between more important things in life.

My interests, though, have a common thread running through them, and it is not just learning or knowledge in the broadest sense, it is communication. Understanding of what was; discussion of what could be; debating with others over their ideas and ideals, over their lives, loves and thoughts. Social interaction, in person or, as here, in letters. Searching for that, as Heraclitus suggests, which is a part of me, but which is not yet there, which I have not yet found. Character, mine or that of anyone else, is built up through interaction, through reaction, through learning and does not just come from inside. It is not a personal construct, but a coalescence of social knowledge and experience, cut and formed according to our opinion, our environment, our life experiences. What I learn from you will become part of my character knowledge base, just as what I have learned, through conversation with others, from other people, has already become. My chessboard is slightly different to the one you use, in that not everything is merely black and white, or a limited number of pieces moving in set patterns across the board of life, or just two players. Sometimes, when I look at a photograph in my collection, I see an entire life portrayed, symbolically, before my eyes, without being able to explore that life, often without evening knowing the names of those who lived it.

But although your profile on that web site has been removed, although it is a part of history, that history lives on. I sincerely hope that you managed to find one or two friends, correspondents, through your profile, and that they are bringing you that expansion to your world, that hint of additional friendship you desire. I also hope, in my own humble case, that my few words, as convoluted and irrelevant as they might appear to be, awaken some interest in your mind, and cause you to reach for pen and paper and spend some time with me. Every game begins with a first move, every letter with the unscrewing of a pen top, every life with a scream of recognition as much as the shock of sudden pain. And they all continue, not alone, but in the company of others.