Home / Personal Letters / They Are An Image Within Our Minds

They Are An Image Within Our Minds 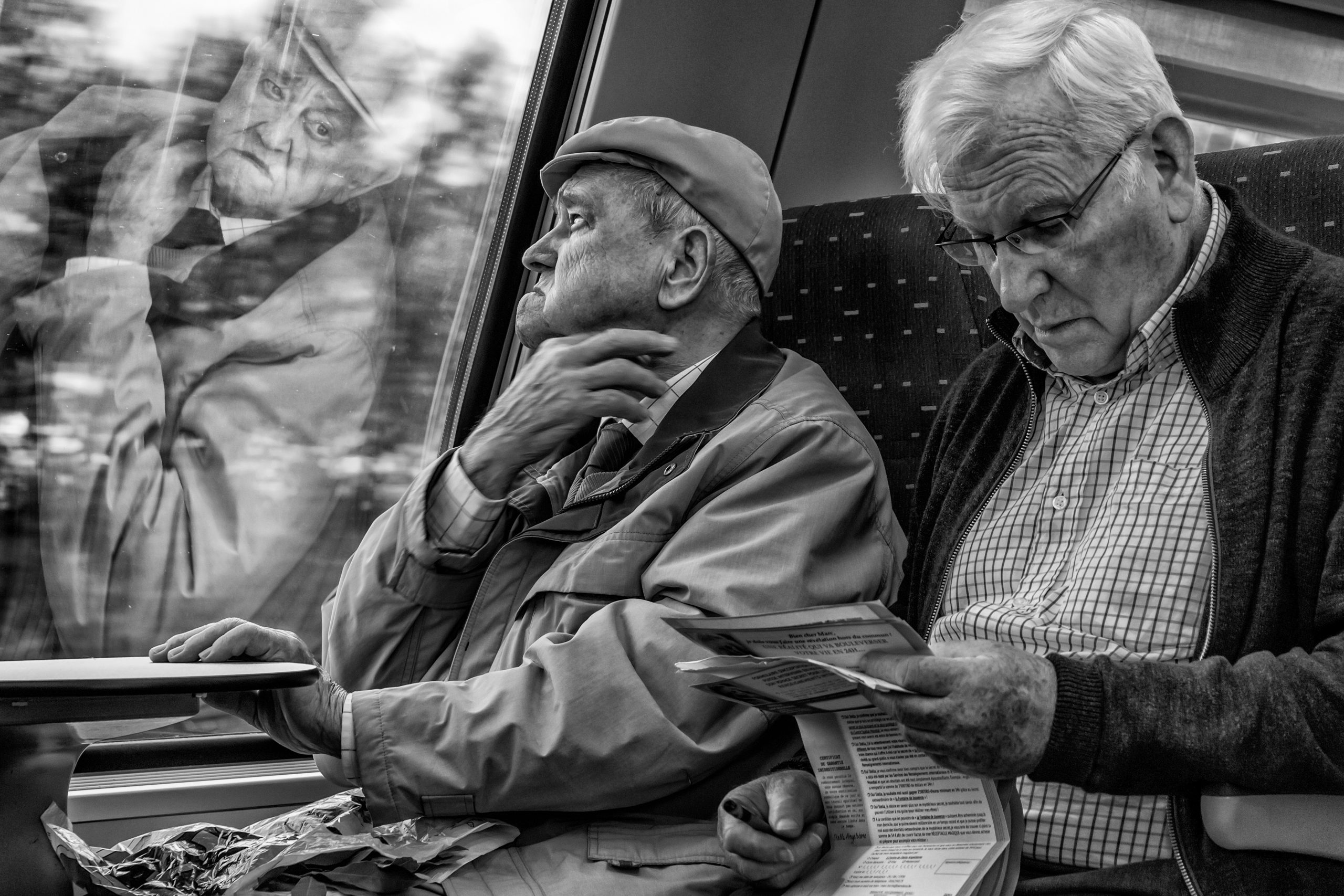 One of the fascinating aspects of a written friendship is that we often have no idea of the person we are talking with. They are an image within our minds, and we slowly build up an impression of what they might look like based upon our own ideas, the words and expressions they use, the area they live in. Sometimes, and this often happens to me, an impression of our appearance is built based entirely upon our name. Mine, for example, clearly shows that I am a foreigner here in Germany, but not what kind of foreigner. It is not all that long ago, when I was waiting for an x-ray, that this came home to me in an amusing fashion. The nurse running this small department strode into the waiting room, made an attempt to call out my name, and then vanished back into her own little office. I had seen her reactions toward other people before, how she called a name and waited, then took the person into the room for their check-up, and thought it strange she didn’t wait for me. When I went into the small enclosure between waiting room and x-ray room, the area we change in, the whole was explained to me. She had assumed I was coloured, or an immigrant, a refugee perhaps and stood staring at me as I walked in. She told me I wasn’t what she had expected, thus staring at me, and I laughed at her feeling of awkwardness. I doubt the experience will make any difference to the manner in which she handles people in the future, but perhaps it will give her pause to think, to consider, and to look and see exactly who she will be treating before judging them.

A second thought I had on receiving your letter – and this is merely another one from many thoughts – was that we can step into a moving stream of water many times, even after a very short period of time, and it is not the same as last time. The idea is that we dive, for example, into a river, and that river is not the same river as that which we dived into last time, even when we are at exactly the same spot and perform the same actions. The river has changed, the water which makes it up has flowed away and will never come back in the same form again. So with us. I can take a photograph of myself, and then a second one immediately after, and the images will be different. Perhaps the light will have changed slightly. Perhaps my head will have moved a fraction to the left or right. It is still a picture of me, but not the me that was photographed before. So, when you jokingly comment on whether the photograph I sent you is of myself, the answer is that it was at the time the image was taken. I have to add that it is not the newest photograph of my face, but I have a certain resistance to being photographed, and it was the only one available. It is, however, a reasonably good representation of what I looked like on that day.

Regardless of which, I have changed a good deal since that image was taken. My beard is full grown and, when I wear my woolly winter hat, I look like a backwoodsman about to go out with an axe and chop lumber. I spend a good deal of my day outside, and so a full beard is good protection against the cold, or a cold wind, when working in minus temperatures, as I have been recently. And the wrinkles around my eyes are far more pronounced in real life than this photograph would have shown them to be. I smile and laugh a good deal – someone told me recently that I am the first person he has met who is so relaxed, enjoying life so much and so balanced in my attitude and reactions to others – and the wrinkles become even more pronounced. There was a time when I feared the onset of wrinkles, as a sign of old age, but now I see them as an integral part of my life: I have lived a hard life in many ways, and my face reflects this. But I have also had an enjoyable, inspiring life, and this is reflected in my appearance too.

So the photograph I sent you is indeed one of myself, as I was, back then, and you will have to imagine the rest from my self-description, for good or for bad!

Life has been a tumult of events over the last few months, which is not an excuse for not writing, but the reason behind why this letter comes so long after I received yours. It is only the second letter I have written this year, and all the previous ones, including in November and December, were to family rather than friends. The last few months have been a rush of organisation, of change, of bringing life into some sort of order as a preparation for whatever might follow over the coming years. It has been a time when I’ve taken stock of what I have now, rather than what has been or what might be in the future, and decided to reorganise and settle matters. One of the great, time-consuming factors has been the complete restructuring of my small collection of antique photographs, which is an ongoing project I will have to continue with for many years to come. I have been patiently sorting through the thousands of images that I have and cataloguing them, scanning each image front and back, then cropping them for presentation on an internet website and, eventually, publishing them for the online world to see and bewonder. The first section of this work is almost complete: I have catalogued one thousand eight hundred images, and published all but four hundred of them so far. My small office has transformed itself from a comfortable library into a den of storage boxes, archive envelopes and index cards. It is still comfortable, but packed. My next stage, aside from continuing with the photographs themselves, is to prepare a room for them all to be kept safely.

And when that is done, the work will continue and the next thousand and more photographs will be added to the registry, filed, scanned, published to the internet. And the work will continue slowly, as I am confronted again and again with images of something that was and will never be again. Here the passage of time is considerably greater: I do not have photographs of living people, they have lived their lives and passed on many decades ago. None lived within living memory, and most do not even have a name any more. Their image has been thrown out, or sold, by family members, by descendents, who no longer know who is being represented, what connection they have to their own, modern lives. Now and then a date or a name is written on the back of a photograph, but most are anonymous, lost forever. What I do have is the name of the person who took the photograph, preserved as a form of advertising on many of the contents of my collection, with addresses and telephone numbers – even at the end of the nineteenth century, as the first telephones were being introduced. Sometimes there is a little comment included, such as the exact position of the photographic studio, that they use electric light and have a lift from the street level up, or are in the garden behind the house. Several, from one photographer, tell me that to find his studio I merely need to go over the bridge out of Hannover, turn right, and it’s the second house on the left, a description which would be impossible today.

With this last one, the first images I have from this particular photographer listed his studio as being in Linden, outside of Hannover in Germany. Hannover clearly expanded over the years, and it later became Linden-Hannover and then, as further expansion took place, Hannover-Linden. Today Linden is a small part of Hannover which isn’t important enough to even be mentioned as a part of the city: it has become fully integrated, and is just Hannover. This really says much more about our own lives too: we are individual when we begin, the apple of our parent’s eyes, and then gradually assimilate and disappear into a formless mass within society; part of the whole but no longer individual. And those who do retain something of themselves, some spark of what was, are either genius’s within the cultural scene, or written off as outsiders and shunned.

It is strange looking at all these images and trying to imagine what their lives might have been like, where they were, what they did and who they met up with or, perhaps, who they devoted their lives to.

There are people who do not move forward, who just let things roll over them and expect – if they expect anything at all – things to work out according to their own desires. Many do not realise that this is an interactive process: if you do not take part, you’re unlikely to reap the full benefits and then, one day, you’ll look back and wonder where all the time went. There are people who leave nothing of themselves, who concentrate only on their own feelings, on blaming others for not automatically doing all they can to advance them, and ending up as bitter and lost with nothing but memories of what might have been. Of course much is lost anyway, and I have seen that through collecting my photographs, but that makes no difference in the end. If we are prepared to work while we are here, not just for ourselves, but also for others, something will always remain, even if it is not attributed directly to us, to our name. They can still be authentic, but it is a very insulated form of existence and, I suspect, a disappointing one in the end.

And there are people who can talk / write a very good job, was we used to say: they know all about everything that has to be done, and can tell you exactly how you are to go about doing it, but are incapable of functioning themselves. I always find this very amusing, seeing those who know better, but cannot make their own advice work when they attempt it themselves, or make a situation better by following their own advice, or even get a simple item to function or a job completed. We all hide behind a mask in one way or another, some through silence, some through being loud and overbearing. And then there are those who cannot see which way they should go at all, who are so conflicted with emotions, uncertainty, anger even, that their lives are a mess from the very beginning. Perhaps the best reason to have a mentoring programme, although I feel we have this in all walks of life, in all stages of our progress, from teachers right the way through. Even so, the mentoring of those who really need help, those who cannot find their way and are literally fighting against life in one form or another, is a very special case. We all do our little bit to help wherever possible.