Home / Personal Letters / How Would We Ever Pass The Time When There Is Nothing Else To Do?

How Would We Ever Pass The Time When There Is Nothing Else To Do?

How Would We Ever Pass The Time When There Is Nothing Else To Do? 2nd October 2018 Adam
Personal Letters 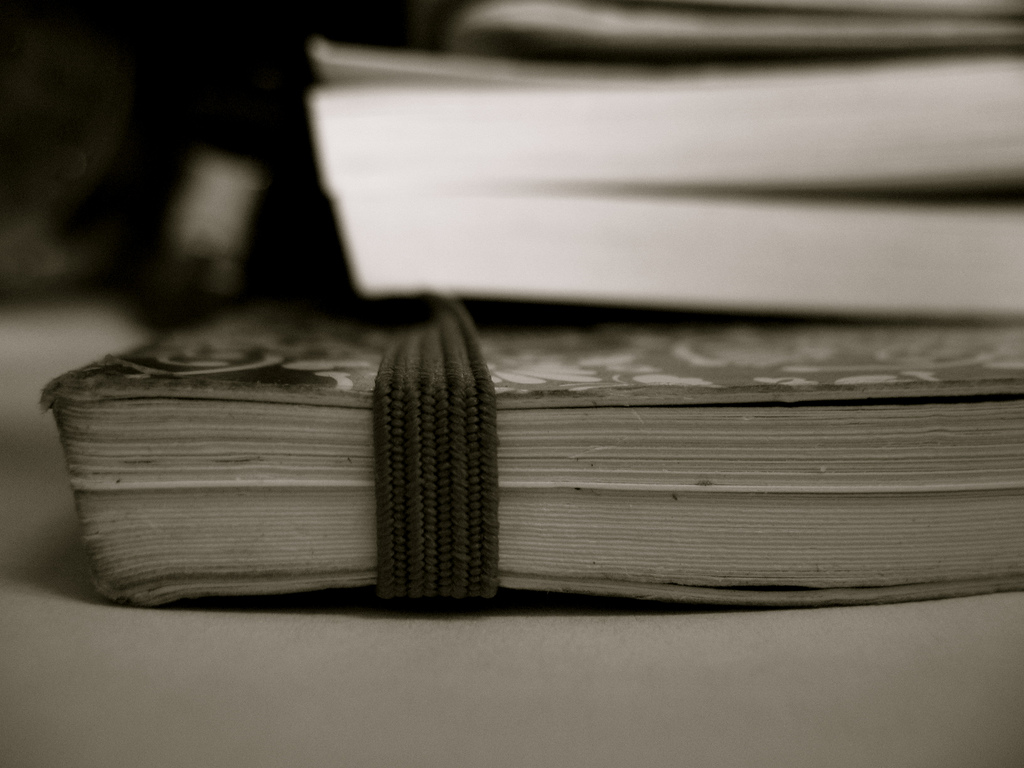 I was one of those strange children, many years ago, who did not want to grow up, who did not rue the slowness of time and certainly wasn’t looking forward to being a teenager enjoying all the supposed freedoms of age and life. Rather, I took a very critical view of the passage of time and how I should use it, aware, despite my age, that once the time was over – whether it be quick or slow – it would not be coming back to me for a second shot. Now, several decades later, I can glance back for a moment or two in my hectic life, and see that I was right: taking your time is a good thing; time is not to be rushed, otherwise we miss out on all the best experiences of life in our hurry to get on with things.

I suppose some people realise this quite late in life, often at about forty, for women, and fifty for men. Then come the regrets, the looking to one side for something else, the mad rush to get out there and do things. And then too, because at that age we are right in the middle of our lives and have very little freedom to allocate time and pleasures, we begin to make plans for our retirement, all the places we will visit, all the things we will see and do.

You and I clearly have a different conception of life and of the passage of time: I, because I have been through it, and you because you are caught in a place where every day is much the same, and there is little special to be looked forward to, yet. Although, I have been told by others, mail call is one big part of the day, and the hope there will be a letter from someone special or, at the very least, something to ward off the slowness of time with a distraction.

These thoughts came to me not just because I have had a few moments of respite from doing things here, but also because I saw your profile has changed slightly, and realised that my last letter to you was in March of last year. That is a full eighteen months which, for me, have moved at a gentle pace as I have travelled from one place to another, gathering more experiences, and packed with the joys of writing to people, telling them all about what I have seen and discussing their own plans, their own experiences, their own lives. It has been, to cut to the chase, an eighteen months full of life and living, full of sharing. And one where I have shared nearly five hundred letters with other people from all walks of life, some in the same situation as you still find yourself, some out and about in their own small way, enjoying the spring, then summer, autumn, winter, spring, summer and, now, autumn again. As we edge back into the coldness of the winter months, a new year beaming on the horizon, the chase to find that last stream of sunshine is underway, and the need to share the final experiences, sights and sounds of the year too.

Of course, back in those days, eighteen months ago, when I last wrote to you, our worlds were a different place. You were still lamenting the pond life around you, and wondering where you could find intelligent, challenging correspondents, and I was going out there and writing to people all around the world. It is, in some ways, a shame that our paths never really crossed, that my three letters to you never made it into the final tally of those to whom you replied; but that is merely a part of life, and acceptable as such. And still:

Without stories like these about the old days, though, how would we ever pass the time when there is nothing else to do?

asks Murasaki Shikibu, writing in eleventh century Japan. What would I, as a would-be but failed correspondent, have to look back upon? Life is not just a parade of successes, unless we are dishonest with ourselves. It is a constant rush of good and bad which influence, which impress, which guide. It is a surge of hopes and fears, of successes and disappointments which follow our lives, as much as shaping it for the future. It is, as you say, sometimes a monotonous vapidity, but it is also there for us to shape as best we can, be it through personal advances, or through the good offices of others. There are times when we need to look beyond what is right before our eyes, in our immediate vicinity, and take a long, hard, evaluating stare at the horizon, at things which would, perhaps, normally be beyond our reach which someone else, and not necessarily a knight in shining armour astride a white stallion, has to offer.

There are times when we need to take a chance and accept a challenge, and not just wait for everything to fall in our laps or be served up on a silver tray. Life is a game of give and take, where most people seem content to take as much as they can without giving up one slice of themselves and then, when it draws to a close, find it is too late to enjoy those most precious of all things: friendship, love, respect, companionship. And there are also times when we appreciate that an offer made is not forever, that it might not reappear just when we are in the mood, but should be grasped firmly and determinedly as soon as it is there, regardless.

Is this a challenge, though? Is letter writing, getting to know someone from the other side of the world, fully appreciating that you will probably never meet in person, a challenge worth embarking on? I suppose that depends on the people involved: I certainly believe it to be worthwhile, otherwise I wouldn’t still be doing it; wouldn’t still be writing to people eighteen months later, or writing again to one, perhaps two, who didn’t respond first time round. What should that tell a person about their own worth, when someone comes back again after such a long time away? But we all have our own values.

And what is letter writing if not a credible, incredible conversation? Admittedly one-sided, but that has its advantages too, as I am sure you appreciate. The chance to really get deep into a subject, without fear of interruption is a good we should all value and take advantage of. A platonic, but yet intimate, relationship without pressure, without stress: who has not desired such a state of affairs at some time in their lives? Sharing thoughts, experiences, dreams and night mares: the letter writer has all these benefits at their fingertips, a short squiggle of ink on a sheet of paper away from reality.

The telling begins when all those things the teller longs to have pass on to future generations – whatever there is about the way people live their lives, for better or worse, that is a sight to see or a wonder to hear – overflow the teller’s heart.

Another quotation from the eleventh century: some pearls of wisdom hold no matter how much time has passed, and no matter whether we have lived those times or not. How much of our wisdom today, so you think, will be worth passing on to future generations? Imagine our knowledge today as being the photo gallery of a person’s cell phone, the loss of which dissolves an entire live and its history: we have nothing worthwhile to pass on, yet. Or, at least, that is what we believe until the time comes to accept a challenge and delve deep into memory, creativity, and bring out everything a person knows about anything interesting, to force a conversation, to hold attention, to challenge the opponent – if you care to call a fellow correspondent such – and dig out the very best they have to offer by pushing the best you have. Or, as it is for some, accepting the challenge and then slowly climbing the ladder to reach your own achievement goals patiently, by firstly being accepted for what you are, and showing what you can become.

I don’t know, perhaps I am preaching to the converted here, to those who already know what they wish to achieve and are prepared to put every possible effort into gaining top marks. Or perhaps I am simply shouting into the wind, against words which have been found and put together without true understanding; I am told there are some who string sentences together with words which seem to fit but which, on reading properly, jar through their unworthiness, through the fact that they do not denote that which, in context, should have been written or, as in some cases of those projecting themselves as something or someone they are not, simply cause the reader to stutter and stumble where better, simpler words could have been used instead.

Have you stood beneath the Eiffel Tower in Paris, or passed through the Brandenburg Gate in Berlin? Shopping in Harrods or Fortnum and Mason in London? Riding on a boat down the Mosel, though the vineyards in Alsace on a bicycle, trekking across the mountains into Switzerland? Have you skied down a mountain side in a thirty-five ton tank in Croatia, or camped out in the bitter cold of a winter night in the deserts of Saudi Arabia? Or parachuting in Cyprus, scuba-diving in Belize? The ancient buildings in Chester or Lüneburg, the run-down streets and villages in post-GDR Germany as the Berlin Wall fell, the simple homes of Mayan Indians. Sunsets across the jungle, the desert, the city. Sleeping in a five-star hotel, or under a bridge. Have you read Nietzsche, or de Beauvoir, Montaigne or Cicero? Stood in front of the Mona Lisa, or under the ceiling of the Sistine Chapel, splashed in the fountains of Florence, marvelled at the thousand-year old olive trees in Greece? Olive bread for breakfast in the Piazza San Marco in Venice, after sleeping the night through on the marble concourse of the main train station, warm from an Italian red wine the night before.

Or perhaps none of these experiences, these moments in time, are worthy of the name incredible conversation at all. We all have our own interests, our own lives, our own futures, whether we share them or not, whether we take part in the experiences of another or not. The choice is your own, because the ivory tower cannot be breached by the knight alone, there has to be a willing accomplice on the inside, trying to break out.