Home / Personal Letters / Can The World Be Saved?

Can The World Be Saved?

Can The World Be Saved? 12th July 2018 Adam
Personal Letters 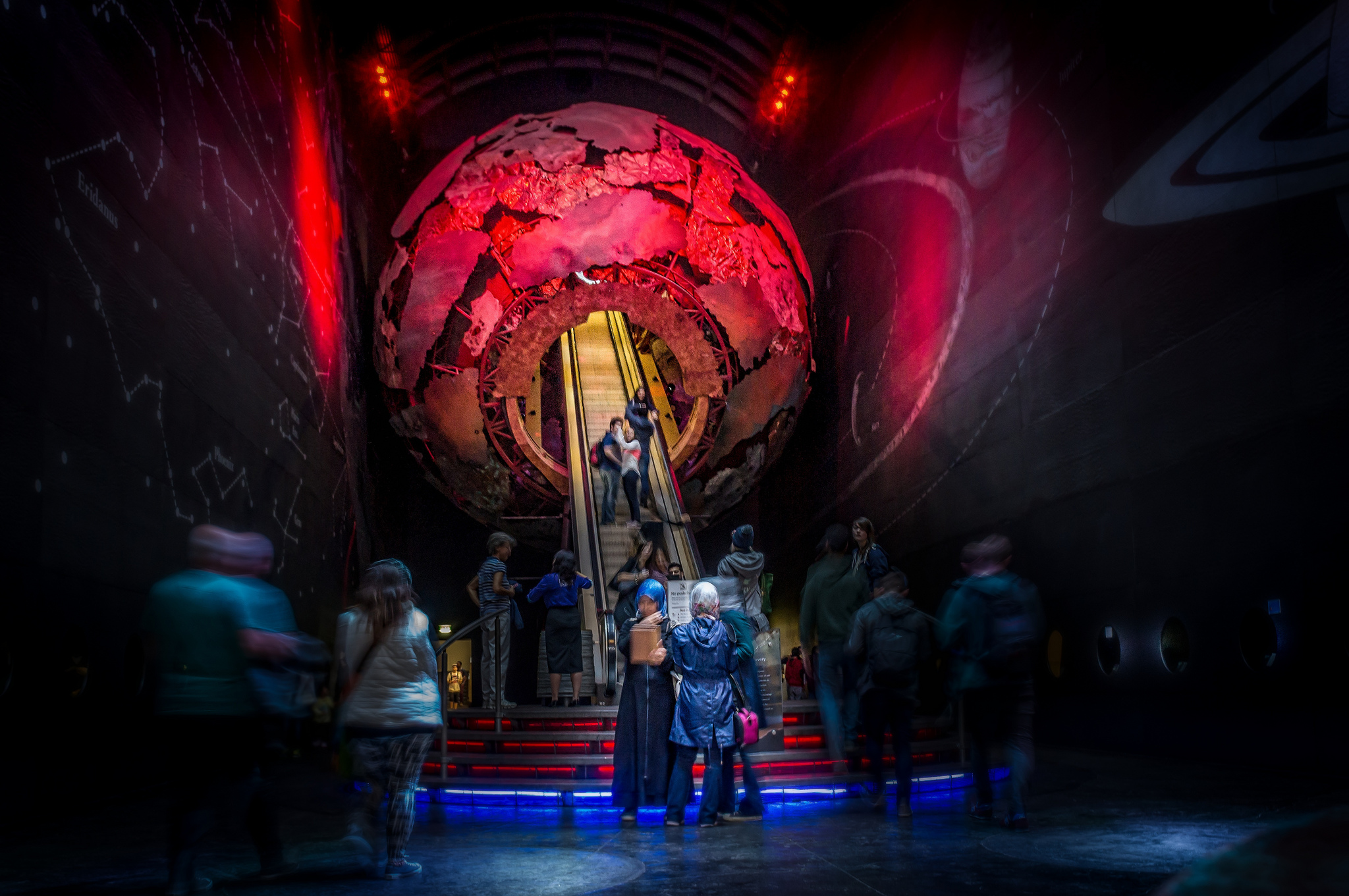 I’m surprised that you replied to that religious fanatic, and can say that I most certainly would not have done so. There are some people who are so set in their ways, so sure of themselves, that they do not see anything to the left or right of where they are going, are blinded to the true ways of the world, and cannot understand anything which does not fit within their small area of competence. In some ways I feel sorry for them, as they miss out on so much in life which cannot be re-lived, and on the other side I would rather leave them alone, as there is no chance of helping them. They follow a misinterpretation of something which is well-meant, but which they cannot fully comprehend, and leave reality, the change of times, the world as it really is behind them, ignored and lost. I have nothing against anyone who follows a religion, nothing against those who have faith – which is a better ideal than a dogmatic religion anyway – but not so much interest in those who cannot leave it to one side for one moment, who insist on convincing everyone else that they are right, and only they. They do not listen, they merely wait until there is a break in what they could hear, and start talking again. And the Bible quotations – or any other religious book they may wish to claim as their own – tend to be out of context, misconstrued, misunderstood. It is possible to change the meaning of almost anything you wish, by intonation, by the movement of a comma, by a pause in the right place which alters the scan of a sentence. And, of course, by being very selective in what is quoted, what is said, so that anything which disagrees with, or overturns what they are trying to sell is omitted, as if it never existed.

I once had a religious group visit me at home – they didn’t know I had bought the house and were hoping to catch the Turkish family who used to live here, and then convince them that their religion was wrong and they should convert. I had a half hour conversation with them on the doorstep, and discovered they did not know their own work, their own religious book, and had no idea of their own religion either. When they started making claims about historical figures such as Sir Isaac Newton, and even claiming that Albert Einstein was a Christian, I saw that any further discussion was pointless. They’ve been back a few times – always different people from the same group –and always begin with the question:

Can the world be saved?

To which I always answer: Yes, and leave it at that. The world will not be saved by a few religious individuals trying to force their own way of life on everyone else, but by humanists who see the world as it is and work for humanity now, rather than in an afterlife, a heaven, a paradise which might or might not exist. The world can be saved, if it needs to be, by those who look around them, see a need, and try to address that need with deeds and actions, rather than just with words and promises. No one in Puerto Rico is going to be helped by politicians who promise to try to fit consideration time into the busy schedules, but they will be helped by those who go out and take action to provide clean water, to provide power, to rebuild what has been destroyed. A quick glance at Flint, Michigan, a town which has been without clean, drinkable water for over four years shows what the promises mean, what the words mean. Action will only be taken when their own existence is threatened, such as in an election period, or when their own family doesn’t have clean water to drink.

Three operations may seem to be many, especially when it comes to working on someone’s heart, but that doesn’t necessarily mean that something has gone wrong. The surgery I underwent could not all be done in one operation as my heart would have been weakened too much and I might not have made it through. Rather the work was spread over several months to ensure the muscles and arteries had a chance to recover before the next phase was undertaken. In each case I was in hospital for two nights and then sent back home to rest and recuperate, and nothing was quite as serious as it might sound. The rebuilding process has taken many months to get me back to the stage I was at as a younger man, but it has been a success, and hardly anything anyone need worry about. The only thing which couldn’t be rebuilt was my right foot, where the bones had been crushed and couldn’t be reconstructed. I had the pleasure of being driven into by a young man who thought his cell phone and the posts on Facebook were far more important than watching the road he was driving along, but was lucky enough to see the danger, the impending collision, a second before it happened and move my body to a slightly safer position. My foot, of course, was on the brakes, and trapped between the base of my driving area and the dash. He, however, came out much worse than I did, being crushed within his car and not having had a chance to react or correct his position. I can no longer walk without a limp, without pain, but that is considerably better than what could have been.

To have someone who will support you, to have friends and family who have not turned their back on you despite circumstances, is what I would call one of the highest Goods that there can be. I am sure you know plenty within your immediate circle who have been abandoned, who have been left alone regardless of the severity of their crime or the length of the sentence. Sometimes it is hard to understand how a family – on the assumption that a person has not committed a crime against that family – can simply walk away from their son, brother, father having shared their lives together for so long. Family and friends know a person far better than any judge and jury can, who only decide upon a single instance in life, a single crime or aberration, and not on the whole of the past, the character, the nature of the person themselves.

Admittedly there are those, and we all know them, where there is nothing to be saved, nothing we can rescue as their character, their entire being is so lost we would not know where to start; but they are few and far between. Anyone who has the chance of improvement, who can see the error of their past and accept it, is worthy of help and support to get them back on their feet as soon as possible, back into society, back into life. The system, as it is, is not there to help, merely to push people out and watch them for any further transgressions: once a criminal, always a criminal. And society sees it in much the same light: a person has been judged unfit because of something they have done, and has served their sentence and been rehabilitated, but not re-accepted. This past hangs over them for the rest of their lives, in many cases, and prevents them from getting back on their feet, from becoming a worthy member of society and of proving themselves. The prejudice many feel against those who have served their time is quickly felt and, again, it concerns just one small part of a person’s life, in many cases, and not their character, their potential.

Sadly it also depends on their social status. A white office worker at mid to higher managerial level is going to be reintegrated far quicker than a black manual worker ever will be, although the latter is more likely to be accepted back into his or her own social circle without undue prejudice. Then again, the crimes for which they have served time are likely to be different, with also a different level of sentencing and rehabilitation. Some things are more acceptable than others, all depending on who the criminal and who the victim is. We are all prejudice in our own way, depending on our upbringing and education, the social area we have lived in and out general environment.

I think there is someone in every person’s life they feel highly attached to, who they feel they cannot do without. For some it is love, for others a necessity of survival or a lack of personal confidence in their own abilities. And there are some people who do not wish those they are close to, those they have the greatest feelings for, to worry about them. I have often heard of people who have spent their lives caring for other people, r who have been deeply involved in a relationship to someone and, when the time comes, they withdraw into themselves rather than admit that they have a problem themselves. Sometimes it is because they do not wish to be seen as weak or as failing, others because they do not believe their troubles should be passed on to someone else, or that the person who might hear of their troubles could be deeply affected by them. This is often the case when a person is ill or when they have financial problems: they have cared for others, but cannot bring themselves to admit they might need care and attention themselves now. Sometimes there is something troubling them, and they do not know how to address the problem, how to admit it to another person, so they withdraw or seem to be distant. We should never forget that a person who helps us also has their own lives, also has their own problems, and care for them as best we can while they care for us. An older person who has spent their life being independent, is not going to want to admit a need which could remove their independence, or make them rely on the help of someone else.

Love brings pain when it is too intense, when we force ourselves upon another person, or refuse to accept that someone else can get along fine without us, or even does not love us to the same extent. I’m sure you’ve heard of people who have kidnapped others, even killed them, because they claimed to love that person so much they either wanted to keep them exclusively for themselves, or didn’t want to run the risk of them changing, moving on, being loved by another person. In the case of your Aunt, I have the feeling that something has happened to her, perhaps with her health, and she doesn’t wish to be a burden on you. She probably doesn’t realise that by not talking, by becoming slightly distant, her worries and fears are being communicated – the opposite of what people often desire. I would suggest she has something on her mind that is troubling her, but doesn’t want to trouble you. In which case you need to be careful so as not to appear to be prying, but still let her know that you are there for her, as she has been there for you.