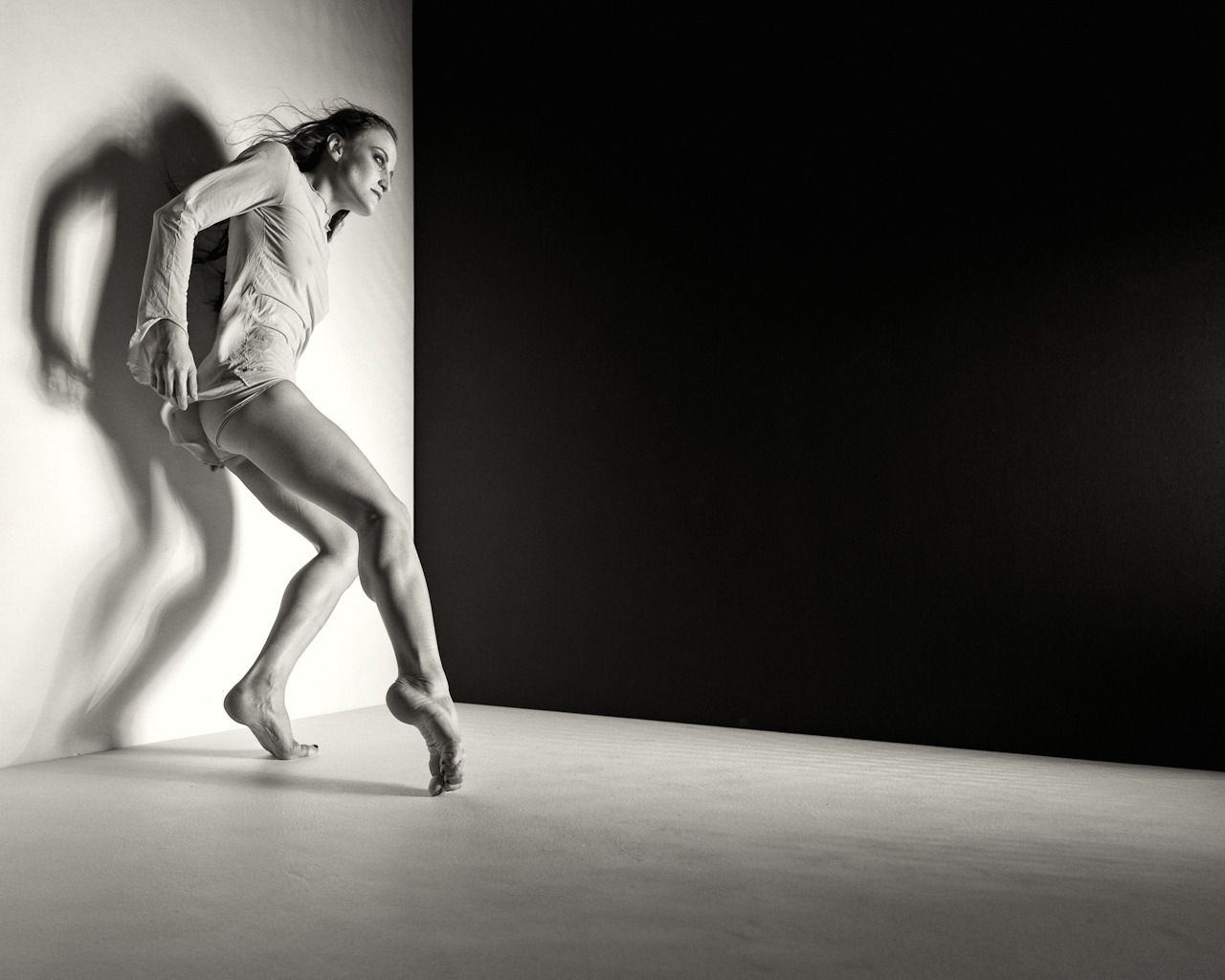 If I were to write about everything that has happened in my small corner of the world since we last exchanged letters, I would probably need a few more sheets of paper than are likely to fit inside a normal envelope. It’s not that I have been exceptionally busy, although I have been out and about and done many things, but the slowness of post being delivered from your corner has left a massive hole in the continuity of our correspondence which would be difficult to fill in one go. Perhaps the changes in your commissary will lead to a speeding up of things, or perhaps changes are needed elsewhere. Regardless, since we cannot effect change ourselves and merely have to suffer the consequences, we shall do the best we can with the resources we have, and fight on through.

As you are continuing with your education in Math – and similar – so I am looking at other areas of potential interest to fill my days, to give me something to look forward to in my old age. My newest interest, after having discovered the joys of ballet and the Bolshoi Ballet, is modern, contemporary or interpretive dance. I hasten to add, I am not going to be strutting my stuff across the stages of the world, or even the local theatre, in a tutu and stunning the audience with my virtuosity, more I shall be sitting in the audience myself, and taking note of how the younger people – and some not s young – interpret a story, an event, an idea on stage. A few weeks ago I had the chance to see a new production in the rehearsal stages, being invited to come backstage, into that area of the theatre which most people do not know exists, and watch a new production being designed, created, tested. It reminded me of my own years in the theatre, although I never did dance, and the amount of work we would put in so that an audience could have two hours pleasure, and the critics rip our efforts to pieces. In fact, the original piece that I watched in rehearsal, and then in its finished version, brought back other memories of more recent times, being based on a traffic accident – and called, quite appropriately, Crash – and the wordless reactions of several people involved in the event. To demonstrate the length of time involved, a damaged car was suspended above the stage, as if still spinning out of control, as if time were standing still while the seven dancers, individually and as a group, went through their stories, their fears and emotions.

Attending the rehearsals brought a few other advantages surprises with it: getting to know the dancers and those involved backstage with choreography, direction, music and everything else; being asked whether I am interested in taking part, in a non-dancing role, purely because of my voice, in a production next year and, of course, being invited to attend other productions. My main thing, of course, is writing, but that is certainly not a qualification which cuts out any other possibilities.

This evening I had the pleasure of attending another dance production, although I am hard put to call it dance even though there were several group and individual dance sequences in the whole, it was made up of far more than just good choreographic moves and music. The audience was invited to set itself back in time to the Eighties in New York when, we are told, a form of artistic movement was underway, with performers and artists living and working together in communities – I presume in converted industrial buildings, as the meaning for loft in British English is different to that in American English. In England a loft is the space under the rafters in a house, also the attic, which is converted to living area, whereas in the USA it can be any large space which is converted into a living or working area.

The idea was to show a wide range of different artistic stories across the entire stage, and allow the audience to wander from one event to the next and, effectively, be a part of the whole. This is a little bit difficult for some audiences to understand, as they are used to being in the auditorium and not moving from their seats, even if those seats are merely cushions on a broad flight of stairs. I am reminded, as an aside, of a play designed as an apparent rehearsal where all the action takes place in front of the curtain as well as behind the scenes – following the actors fighting one another in a form of farce – where the director stops the action, to show that this is a mere rehearsal we are meant to be watching, to correct those on stage and give them new directions. In France the audience actively stopped the ‘director’ – who came from the auditorium to the stage – as they thought it was someone disturbing the play. Here, though, it was reasonably clear what was happening from the layout, from the clear freedom of movement – there was even a bar built where drinks and light snacks could be bought during the performance – from the way in which those involved moved and reacted. It took a while, but eventually the audience moved onto the stage area and took part in the action.

I was reminded, in some ways, of the book A Little Life by Hanya Yanagihara where one of the four main characters lives and works in a loft environment. The difference here was that in the book everyone had set lines they were not allowed to cross, there were times for meeting and having fun, and times when no disturbance and as little noise as possible was allowed, and they stuck rigidly to those rules. In this performance the integration of each section is complete, and it was possible to move from one area to the next without any form of barrier, without the feeling that anything was being disturbed. Creation, or artistic creation, through the mass rather than the individual, even if it is the individual who leads, and the mass who merely follow and make up the numbers. And what gave me as much pleasure as the performance itself, was the fact that the audience was large and the house almost full, despite the strangeness of the performance, despite the unusual theme and the apparent lack of a coherent storyline.

I know what you mean, and how you feel, about the run of days and the way we live: rest which is not real rest; work which seems almost pointless at times; relaxation which brings little; eat and sleep. It is good, as you so clearly say, to have some indication that the work you are doing is worthwhile, that it is of benefit to someone else and that you can have pride in what you are doing, even if it means you are not doing any number of other things which you’d rather spend time over. I sometimes wonder where a day – even a whole week – has gone when I come to the end of it: sometimes it feels as if I have missed out on the bit between waking up and settling down to sleep again, although I have done things, but not necessarily those which others might consider of worth. Reading and writing, for some, are not considered to be suitable pastimes, or employment. And I, too, must wait upon the fancies of other people for things to happen, maybe not the grading of a Math paper, but many other different things which keep me at home for fear that I shall miss an answer, when I would much rather be out travelling and doing those things which make life worthwhile. We are not really masters of our own lives, our own destiny, no matter what we believe! There is always some small bureaucrat, some hidden worker, some minor decision-maker who has the final word. In the meantime, there are many other things we can do, without letting delays stress us out or hold us back.

Such as reading and writing letters. I am now officially recognised by a nearby bookshop as being a regular customer! Mind you, I am also now recognised by the Theater Bremen as being a regular visitor, especially to their foyer café and bar, but that is another matter entirely. The first few times I went into this bookshop they quietly took my money, and that was it. Then a new member of staff began practising her skills, and suggested I might like to take a few prospective titles and sit in a comfortable chair to check them out. Now they have reached the point where the staff realise the books I read are not the books they have on the shelves, and they notice when a book I have ordered comes in – which shouldn’t be all that hard to do because my name is slightly noteworthy, and new books come in about once a week for me. I am enjoying the difficulties of wrapping my mind around the ideas of Steven Pinker at the moment – who is listed as being one of the world’s most influential thinkers and writers on the back of his book, which is clearly a very unbiased and fair representation – who writes such things as:

Far more of the arrangements of matter found on Earth are of no worldly use to us, so when things change without a human agent directing the change, they are likely to change for the worse.

One of the, to my way of thinking, more arrogant and short-sighted comments on the powers of humankind that I have ever come across. It’s as if he is suggesting that before humankind came along, when the world was only about four billion years old, nothing had been successful, and it is us who have put things on the right path and brought order to the chaos of creation. We can disagree with this stupidity both on religious and non-religious grounds since, as I am sure you noticed as soon as you read the words and without any prompting from me, this is clearly so untrue as to be laughable, and I am surprised that anyone who claims, be it on the back of his books or elsewhere, to be one of the world’s foremost thinkers and intellectuals, is taken seriously by the establishment or anyone with an ounce of commonsense in their heads.

Pinker does manage to throw up a few good thoughts, worthy of discussion, about the poverty gap, about the rich versus the poor, from a factual point of view, but the idea that nothing has been perfect prior to the evolution of the human species tends to throw shade on anything else he might wish to propose. Then again, I don’t think there is anyone in the world, who calls themselves an intellectual, who does not throw out a few morsels of rubbish and the occasional ill-thought out comment now and then. Even we lesser mortals are known to do such things on occasion.

But I have not just been working my way through such weighty tomes, there have been light points in my reading life too, with excursions into the world of Ian McEwan, Barney Morris and John Steinbeck. Fairly soon I am going to have to clear my mind with a little brain candy – a crime thriller or something similar, where I have no need to think and can just coast along an obvious storyline to a successful conclusion, or fall asleep in the middle of the investigation without losing anything of the plot!