Home / Essays / Did Anyone See Blood?

Did Anyone See Blood? 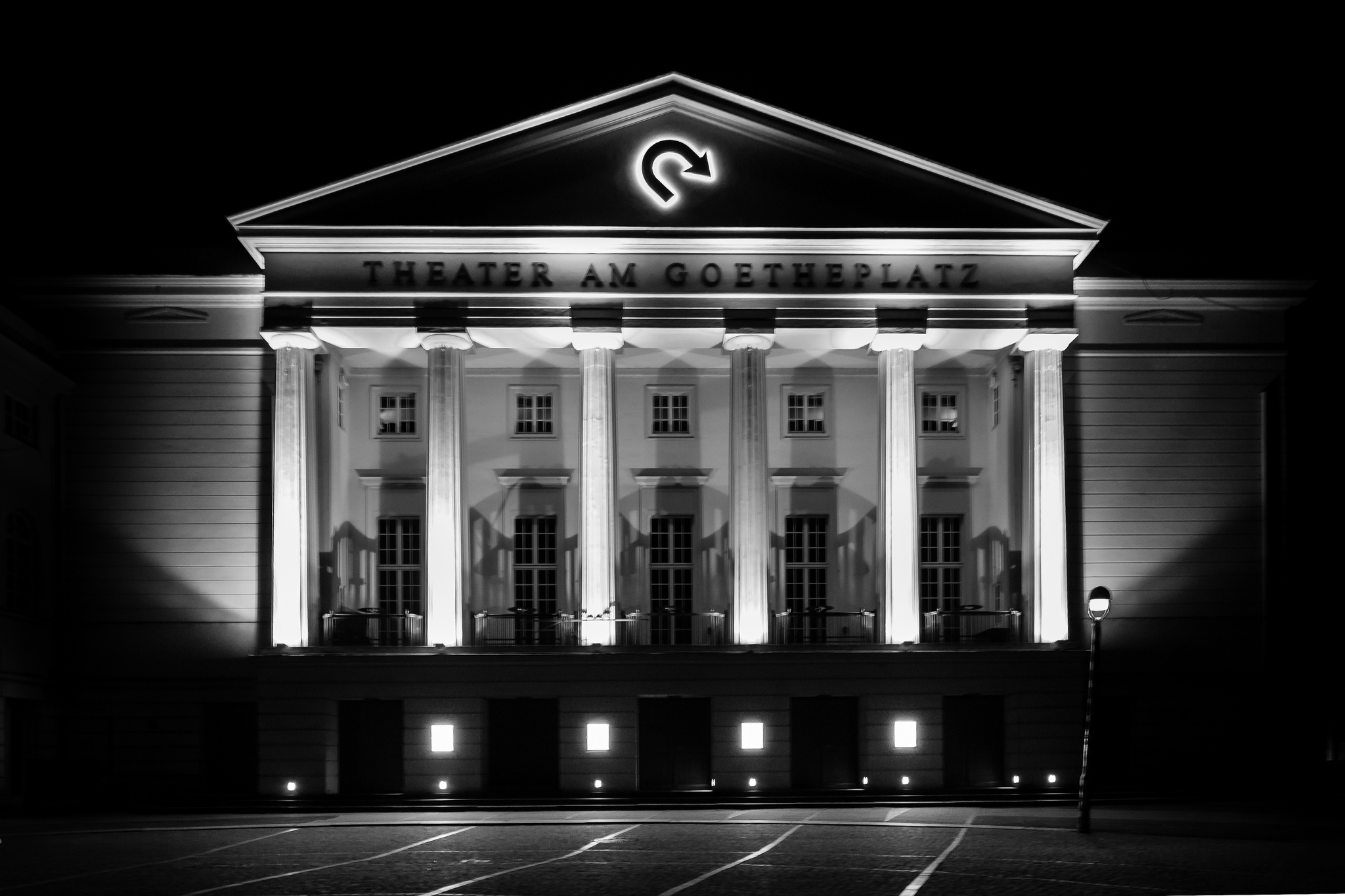 Those who are prepared for any possibility, or for a specific event in their lives, manage to overcome adversity far better, we are told, than those who wander aimlessly from one event to another without any preparation for life’s eventualities whatsoever. Making notes, going into a discussion prepared, having all the facts at your fingertips, completing research and forming an initial and defendable opinion through knowledge are all aspects of life suggested from the first moment we enter any educational institution, having been primed for this change in our lives, hopefully, by our parents. It should, then, be an integral part of our lives, of our way of thinking, of the path we have chosen to follow from that moment when we had a choice, to the time when we have no more choices and are at the hands of others who we have, of course, prepared ourselves for. Unlike most of those attending the premier of a new dance work at the Theater Bremen on Friday, I was prepared, in more ways than one. I had the advantage of attending a rehearsal a week before the premier, and of being able to go into that room, into the auditorium, with facts and experiences many people are, fortunately, spared.

The event was Crash, a new dance performance staged by Unusual Symptoms under the direction of Frederik Rohn, which catapults the viewer, or voyeur since we have no active part in events, into the middle of a catastrophe, a car accident, at that split second where everything is still spinning through the air, everything is still chaos, and life hangs on a thread so thin, so delicate, it is invisible to all, barely noticeable in the confusion, let alone in the ordered sequence of normal life. We are flung into a world where nothing is as it was, suspended in time, surrounded by the long-drawn out sounds of normal life slowed, the brilliant flash of multi-coloured lights, the movement and presence of others, but without the comprehension of what is happening to us. Is this our final review? The look back over our lives which is purported to occur just as we see that final light and, without so much as a wave goodbye to all that was, all we knew, all we loved and hated, tread our weary way into eternity?

For anyone who has been involved in a crash, who has emerged from a wrecked automobile, or stared through the window as their conveyance spins, twists, writhes through the air, across the roadway, into a ditch or a field, against a tree or another car or lorry, the suddenness of this beginning, as the performance begins without our agreement, before we have taken our seats in the auditorium, will be familiar. There is no time when we can say “Now” and it all begins; fate does not work that way. Our normal is flung out of sync, it stops working as it should, time and space are no longer working together and our minds have been slowed. We see more, comprehend less, move as if wrapped in cotton wool and held back by invisible bands. Feelings and emotions begin to converge as we come not so much to terms with what has happened, what is happening all around us, but accept that something is wrong and begin to consider it. Some say that the victims step out of themselves and look down or from afar, as if a spectator to their own actions, unable to help, unable to communicate, caught in the trap of incomprehensibility. Others see the mass confusion, the overwhelming gathering of images as people crowd in, as help surges towards and cowards, those who have better things to do, turn away and withdraw. They see the lights and hear the sounds, turmoil and commotion combining. There is disbelief and depression, anger and relief. And if you have that experience, you could have lost yourself within that which these seven dancers brought onto the stage, as if you were that soul stepping outside of its body for a few moments, playing spectator to your own demise, or rescue, or the onset of madness of spirit, soul, existence.

For those viewers unused to modern dance, this whole action could come as not just an eye-opener, but more as an introduction to what can be done outside of the classical, ballet form. The dancers play with our minds and with our imagination as they go through the actions of individuals caught up in events not of the making, not out of a desire to do so, not out of a personally feeling of necessity, but because they have been forced into this position of uncontrollable reactions. The split second of a traffic accident has removed them from the straight and narrow roadway of life, and cast them into a wasteland where they, and the audience, are lost, inexperienced, incapable of coherent thought. We see actions as our mind would carry them out. We see the hidden fears and emotions most civilised people successfully keep below the surface, rising up and taking control. We see the fear and anguish, the sense of loss, memories and, perhaps, a few hopes near to the border of consciousness. But above all, we experience the chaos and the loss of control of each individual on the dance floor, consecutively, as one sudden mass which, in a classical performance with pirouettes and rond de jambe, could never be brought across in the same manner, could never be conveyed in all its brilliance, all its intimacy, and fear.

During the rehearsal, when we had a chance to discuss our impressions of part of this performance, the idea that the whole was overwhelming was brought out clearly. A crash of this magnitude – there are seven dancers, seven victims – is overwhelming. Anyone who has lived through a series of events surrounding a traffic accident, even with one or two victims, knows that there is confusion, loss of control, the whole is a mass which has slipped through the fingers of order and lost all form and cohesion. There is confusion and chaos, noise, shouting which often has no sense, pain, flashing lights and movement and, for those directly involved, standing aside from themselves, or entering into the deadly realms of shock, there is incomprehension. The performance brings that overwhelming sense out, as well as the individual stories, pain, disbelief, hopes and fears.

One of the dancers, again, during the rehearsal, asked if anyone had seen blood, which confused. But there was, not that we saw it during rehearsal, there was the head wound, the realisation that this wet, this red, this painless soaking was our own – the dancer’s – life blood. During the performance, we saw blood, in the rehearsal it was there too, for those who have experienced and who are bringing their memories back to life, as if prepared for what happened to be relived in their minds as others, safe and secure in the end, enact their past on the stage.

I came prepared through experience, and saw what I had seen, what I had lived through, what had changed my life. That I saw it, that I re-experienced it, that I was able to feel each of the characters portrayed by the dancers on stage, is a clear indication of their talents and of the choreographic expertise of Frederik Rohn, bringing his own experiences to life in such a vivid manner that each moment of the evening remains. Enhanced by the individuality of the dance styles and costumes of the players themselves, the movements of anger and fear, the soft movements of memory and compassion, the harsh confusion of lights and, above all, the music which accompanied but, unlike a Hollywood film, matched this confusion, perplexity and feeling of loss, a success. The audience, even those of us prepared, experienced, warned in advance, was taken out of its comfort zone, transported to the middle of chaos, and challenged by a split second, a moment of time hanging between life and death, a possibility which each of us faces every day of our lives.