Home / Personal Letters / Why Wait Until The End Of The Year To Start Afresh?

Why Wait Until The End Of The Year To Start Afresh?

Why Wait Until The End Of The Year To Start Afresh? 12th January 2018 Adam
Personal Letters 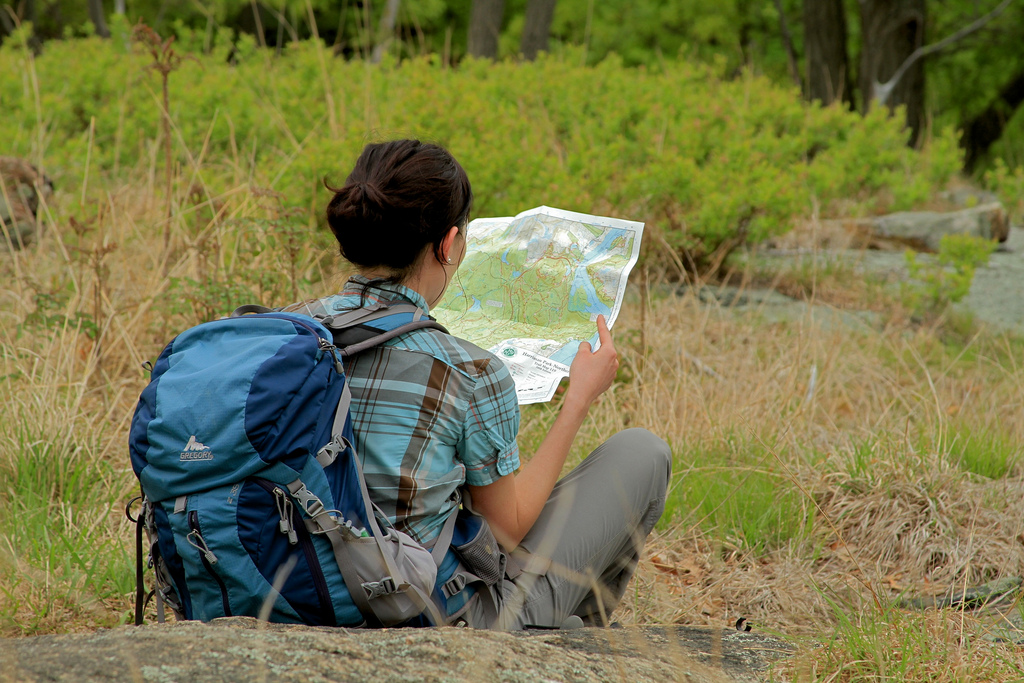 I’m not sure whether we have slid calmly into the new year, or been dragged into it, although for me it was a quiet and sedate affair, fireworks across the town at midnight, the cat on my lap tearing up my jeans with its claws, and a glass of red wine near at hand. I had purposefully switched off my telephones, my computer and anything whereby another person could get in touch, and settled down to watch the spectacle in peace and quiet and then, when it was all over after twenty minutes or so, I returned to the pleasures of my book. Looking back, I think switching off everything where other people could have got in touch with me was probably the best thing I could have done in the last month or so; not having to worry that someone who I have not seen or heard of all year, and not wanted to either, might suddenly come upon the idea of renewing our relationship could have ruined the whole evening, the whole effect of a new start in the new year.

Although, I must admit, I do not understand this idea of the turning of the date from one year to another being taken as the best time to turn over a new leaf, to begin again, to make resolutions to improve oneself. We all know that we’re not going to keep them longer than the scraps of Christmas food lasted after the great feast, and most of what we promise ourselves is said in a drunken moment and forgotten before the twelfth gong has struck on the church tower anyway. Why wait until the end of the year to start afresh? I know some people need this traditional period, this extra push to get them to do something to improve their lives, but it strikes me as ill-timed, badly thought-out and doomed to failure.

That said, I did make myself a small promise, not quite a resolution, but a promise which I am now keeping. I decided to look back through those who I have enjoyed writing to, conversing with over the last year, and just see how they are getting on, what’s happening, that everything is fine with them. There are all sorts of reasons why people lose touch, but I feel that, when you’ve enjoyed the company of someone, or enjoyed reading their words and delving into their thoughts, just letting the relationship slide away is not a good thing to do. Of course, as I said in my last letter, I appreciate that we all have things to do, no matter what our circumstances may be, and perhaps something has happened, or there hasn’t been a chance to write and, with the passing of time, it has felt almost awkward to get in touch again. Or, even worse, perhaps my last letter was lost somewhere in transit and never arrived at all, and you have been left thinking that I decided not to write, not to keep an excellent friendship going. But, as I probably said in an earlier letter, I don’t give up on people. I don’t just stop writing and leave them hanging and wondering what is happening, whether they wrote something wrong or, perhaps, whether I’ve finally been laid to rest in my small wooden box and the cold earth down by the river and won’t ever be writing again.

Overall it has been very quiet in the last few weeks, a settled life so to speak. I have been able to concentrate on reading for a while, been out to the cinema to watch a few interesting films – not the Hollywood stuff everyone else seems to love, but what we used to call art films back in the day; ones which have little appeal to the masses, but gain all the good prizes worldwide – and even to the ballet. In fact, I am looking forward to watching the Bolshoi Ballet performing Shakespeare’s Romeo and Juliet next week, a live show which is beamed directly to us in Germany, and which I can enjoy in the comfort of my local cinema. I have also been able to amuse myself somewhat by telling people that I am watching the performance live, and they now expect me to disappear for two days on a trip to Moscow. To be honest, if I could, if I even had a chance of getting tickets for one of these performances, I would be on that plane tomorrow.

It’s strange how our life seems to change with the passage of time. Forty years ago I would never have considered attending a ballet performance. I was in the middle of my active teenage years, living in the heart of London, and there were so many other, modern, exciting things to do, ballet would not have made it to the list. In fact, most of the things that interest me now wouldn’t have made it to the list then. I had just finished school, was back down in London working, and even books were a rarity for me; although that changed back to a normal love of books fairly quickly when I started working in the book department at Harrods in Knightsbridge. It wasn’t until the start of the Eighties that I began seeing some of the more cultural life in London, classical music concerts and art shows, and that was after I had moved out of the city.

And, yes, I can well imagine that you were much the same a few years ago: we had our set ideas about how life was going to go, where we would be, what we would be doing, and then something changed. Either it went all wrong, or we moved, or changed jobs, but everything was suddenly different to the plans we had made. I can tell you with one hundred percent certainty: there is no way that I, at seventeen, would have imagined me sitting here, forty years later, in Germany. Of course, with seventeen and fresh out of school, there is no way I could have imagined myself going back into the classroom and studying, let alone doing it in my free time. But here I am, all educated, and still doing courses whenever the chance comes along and, of course, reading books that I never expected to read. A history of humankind? The letters of a Victorian gentlewoman, or a German novelist? The instructional works of a Roman Senator who died over two thousand years ago? I’d have laughed myself to tears at the very idea.

What were your plans and ideas at seventeen? It is clear that some of them at least never came about, but sometimes it is fun to revisit and then to see whether we have managed to do better, what has changed in our lives and improved, what we can improve upon. I mainly look back as if that period of my life was a completely different person, which it was in a way. I was very British, very much a Londoner, and now I am European, have seen much of the world and no longer believe that one city, one nation, one idealised way of life is the best thing since sliced bread. As a child I was grateful to have been born English, which is a very nationalist feeling inbred in almost everyone in their own educational system around the world. Now, though, I see the world, and what the British did to it a few hundred years ago, in as completely different light, and I understand why there are people out there who hate us as a nation.

As a prime example: Captain James Cook. This is the man who sailed out and discovered Australia, and a few other islands in the process, and tested out the suggestions for curing scurvy, which had been killing sailors for centuries. As far as the English student is concerned, and Cook was taught to us a young teenagers and as a special interest since his old schoolroom was in the same village as our school, the man is a hero and one of the most brilliant explorers of all time. You can count him alongside Christopher Columbus and all the other well-known European names. Now, if you go to Tasmania and Australia, you get to hear a different story. You get to hear of the man – and here he was also not alone – who invaded the sovereign territory of the indigenous peoples there, who brought diseases which the locals were not immune to, who oppressed, imprisoned, killed hundreds of thousands of people, and wiped out several different species of local animal, common only to Tasmania or Australia, through hunting and destruction of habitat.

Of course, the European human was like that wherever he went, you just need to look at the destruction of the Aztec and Inca empires through the Spanish to see what kind of people they were. We laud them as great explorers, and those who were directly hit by them, had their lands invaded and stolen, their people slaughtered, see them as criminals and murderers. This, of course, is on a rather larger scale to my discovery that many things I had been taught in school was nationalist bent, and not necessarily either the truth or a balanced and honest account. I am sure that you can look back through American history, and see how the British mistreated the colony, as much as through American history and see how the Americans mistreated other people. It is a long chain of things, and none of them are properly handled for all to see and appreciate. Luckily, we are awake and alive to reality these days, and are beginning to come to terms with the truth of our past as much as with the possibilities of our future.

You can probably tell that I have been delving into the books again, drawing out new information which has enhanced the little I already know. Reading is both a pleasure and something terrible: you find out those things which are enjoyable, but have to balance this side against those things which have been hidden from our view, which have made the pleasurable possible. But there are so many little pieces which go to make up this massive jigsaw puzzle of life, even if we sometimes feel that the puzzle we’re putting together is face down, and we are trying to get everything to fit without any chance of seeing any part of the picture. But that is a little like any relationship too: we see a person and make our assessments, but there is so much hidden beneath the surface we cannot see, it takes time to build up a complete picture, and even years later, we are still finding out new things about our friends and partners we never imagined possible.

It also takes a good deal of dedication, and there are many times when we simply feel like giving up; I don’t mean necessarily on the friends and relationships side of things, but on life in general. It seems as if the entire world is working against us, and nothing is going right and we just want to abandon all those things which make us feel bad. And then, lo and behold, something happens which brings a little bit of light back into our lives, which makes us smile and feel goods again. I hope that the latter, the light and the happiness, are what you have at the moment, and wish you the best new year, the best twelve months imaginable.