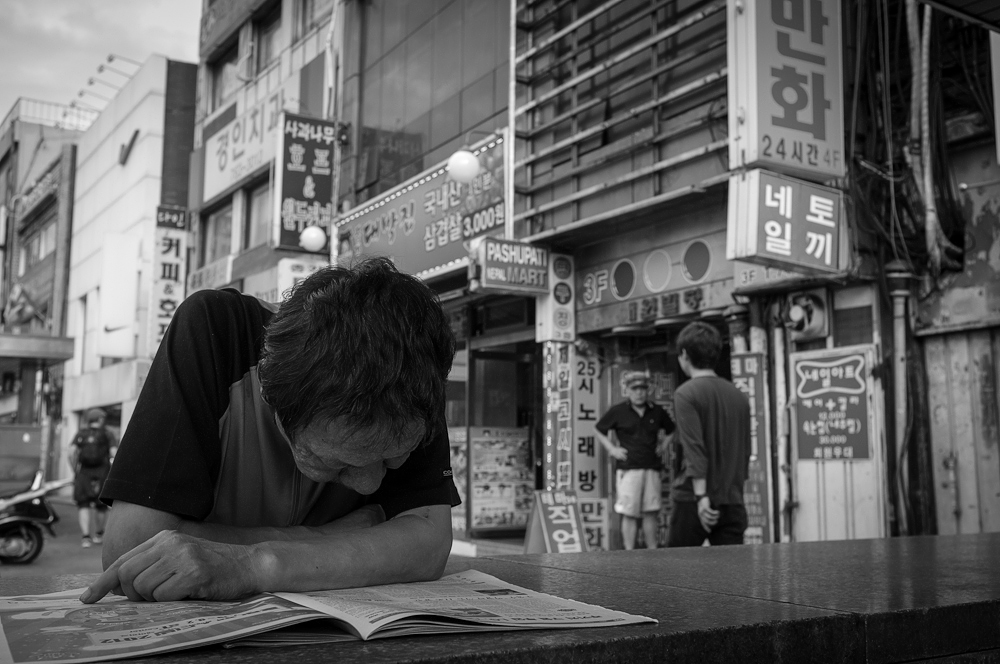 I would go a few steps further than the old ‘don’t believe everything you read’ and suggest that people should only truly trust that which can be proven beyond a shadow of a doubt, and remain sceptical of everything else, not so much to remove any level of trust people might have, but to inspire those individuals with something akin to intelligence to further their interests, and delve into the depths of knowledge far deeper than they are used to doing. It is not so long ago that entire nations trusted the words which flew out of a few people’s mouths implicitly, knowing that this words came from the interpretation of other words written in a book which, in its turn, came from the interpretations of thoughts and ideas concocted by people nearly two and a half thousand years ago, and re-written, re-interpreted a thousand years later. And today, although these words are still being spread to whoever cares to listen, we know that much of what was said and written, what is still being said and written today, is a fallacy and, in some ways, a danger to us all.

I know of many people who trust one single source for their information, their news, their learning, and shun anything which might suggest a different way or another perspective. I know of one college professor who refused to read a certain periodical, because it did not reflect her political viewpoint. I know of countless people who reject –as one example among many – the writings and teachings of Karl Marx, and yet quote him in their daily work, unaware of the source of their words. In some ways I feel sorry for these people – which, I suppose, in the end, encompasses all humankind and myself included – for not being able to see the whole picture, unwilling to expand their worldview to capture more than what they have been told for years, and see what else there is out there, what other opinions are held, where new solutions can be found to age-old problems, where fascinating alternate worlds have been created which could, perhaps, be used here in ours. In a manner of speaking, we are all hoodwinked, all looking in the one direction with, perhaps, occasional glances to left and right but, having chosen our path, are scared to leave it, scared to branch off and try something untried, experience something new – to us – and risk throwing everything that we have believed in out of the window.

We allow ourselves to be swayed by opinion, especially those opinions which meet our own and which support what we tend to believe. It is seldom that an opinion will change what we think partially because we do not wish to be wrong in our ideas, and partially because a change of opinion in ourselves will bring so many questions about other opinions we hold, other ideas and, perhaps, even our complete way of life. One of the reasons why I love open debate, where people listen as much as speak – and don’t just listen for the pauses where they can open their own mouths, but really listen to what is being said so that they can answer the words and ideas – is that a person is confronted with other ideas. Each person we know has a slightly different slant on anything they come across, on any opinion someone else holds, even if they know nothing about the subject, on anything presented them as an irrefutable fact, and these slight differences cast light not only on the subject matter, but also on our own position. We could learn something – a scary thought – from listening to someone who saw and heard exactly the same as we did, who read the same words, watched the same film, but has a different upbringing, education or social environment which allows, or forces them to see things differently.

What I find even more fascinating is how we treat and accept people we see, but have not necessarily had a chance to talk to at any great length. I am as guilty of pigeon-holing people as the next person, and have recently been surprised several times to see that my assessment of a person has been wrong; although I shouldn’t be all  that surprised, since most of the people I ‘know’ are known to me through the medium of letter writing, and I only ‘know’ what they have told me themselves. My prime example, which I will probably write to several people about until something of equal or greater interest arises – which will doubtlessly be tomorrow! – is a young man from Puerto Rico, first language Spanish, very little knowledge of English, managed to get his GED and that was it. I’ve written two letters to him, I believe, and the first was a fairly normal type of letter with random exchanges and slight introductions. Knowing what I know, and reading his language as much as assessing his hand writing, I came to my conclusions, and marked down in my mind what it would be possible to write to him about and how it would be best to proceed. I do this with everyone, and often with some success, and then build my letters from what they write, from what they show as being of interest as much as what  have experienced.

So, I have a young man in a pigeon-hole and then he writes to me – his second letter – asking for my opinion about a piece of text he came across in a book he has been reading, and the text is from Friedrich Nietzsche. One small comment, an opening for discussion, and my placing of this person at a certain level has been smacked right across the room and left to fester in a corner. Which, I must add, pleases me. Life would be very boring if there were no surprises, if we didn’t have the chance to change our opinions, to learn something new, to make advances rather than stagnating. Pigeon-holing is quite normal, we all do it and, for some, it is a protective mechanism of great use – ingrained in our genes from the times when we were still hunter-gatherers and living out in the wild – but the ability to open that small box and move a person from one place to another as we learn more about them, in fact, the ability to learn more, those are signs of a thinking person, open to the world, and receptive of things new and exciting. Anyone can operate a remote control and watch cable news, but not everyone can discuss what they see and form a balanced opinion based on several differing news reports about the same event, and then be prepared to update that opinion when new information comes in.

You’re not the only one to be disappointed by people near us who have a set view and refuse to see anything else. One of the reasons that I write to so many people across a very broad intellectual, educational and regional area of humankind is that I want to remain outside this block of people who have a wall around their minds. I came to recognise the restrictions while still in school, saw the blindness of those professing to teach me about the world, and since then I have found nothing which backs up their stance, their beliefs, their stagnation. I would love to be able to present them with my lifetime of experiences, point them in the direction of new books, even send them on learning trips to other countries, away from the tourist traps and into the real world, but it is too late. And the world is continuing to change at such a rate that there would be no time, and little point. It is hard enough to keep up with the new world, with all the ideas and opinions as well as the facts which are being brought to light every day of the week. We live in exciting times, those of us with our eyes open and a willingness to look around us, to stop, listen, discuss, and learn.

Well, thou also knowest my soul, for thou hast listened many a time to my teachings; but thou seest how its instrument is affected now that that whereby it is connected and held together is dissolving into that from which it was composed. But if thou dost desire to accomplish aught, beloved child of wisdom as thou art, such signs and tokens of thy soul do I discern, go to those who are true sons of mine. From their store fill thyself to overflowing with every kind of wisdom and learning. Once admitted to their mysteries thou shalt be utterly ashamed to have been born and to be called a man.

So, it is said by Eunapius in his Lives of Philosophers, was Julian despatched out into the wide world by Aedesius, to learn more and to see how the rest of the world worked, thought, opinionated although, piling gifts on his teacher as a means of thanks more than anything else, Julian wished to remain at his feet and only hear the one opinion, the one form of learning. Too many of us learn something, and then believe it is the only form that this learning can take, that there are no other aspects possible, that what they have heard is set in concrete and nothing should be allowed to change it for the rest of mortal time.

When I first arrived here, many years ago, I asked other people around me what there was to do in town, where we could eat, about concerts and galleries and all the normal things a person does when they come to live in a new town for a few years. Or, at least, that’s what I thought people did, but I was clearly wrong: some of those I asked had been living in this wonderful country for three years, and did not know what there was in the neighbouring town. They spent their entire time wandering around the military base, going from office to quarters, from camp shop to camp cinema and had no conception whatsoever of what was on the other side of the fence. They did, of course, have a very set opinion of what the local population was like, one which they had brought with them from home, which had been taught them in the schools and during their basic training, but had nothing to do with reality whatsoever. I know this because I went through the same education, and rejected it once I had gone out of the school grounds, opened my eyes, and seen what was on the outside, what life was really like, and that our limited, nationalist vision was a mere speck in the history of the world, hardly worth a mention.

But, you’re right, sometimes you have to accept that other people do not wish, are perhaps even scared of seeing the world in its many colours, that they need the black and white, the stable, the unchanging or it will simply be too much for them. They will accept certain aberrations, especially in their own actions, but cannot come to terms with a world completely different to that which they have imagined all their lives. Sometimes it is better to leave them to live their own lives as they feel comfortable, because we have our lives too, and why stop the enrichment we enjoy to try to convince someone else who, in their set ways, doesn’t wish to see and enjoy what you have. And, yes, sometimes it hurts to have t make this decision, but life is full of hurtful things, on many different levels, and this is merely one of many, and one small opposite to the countless enjoyable moments and experiences we are privileged to enjoy, regardless of who and where we are.