Home / Personal Letters / There Are Times When Knowledge, When Experience, Is Not Enough

There Are Times When Knowledge, When Experience, Is Not Enough

There Are Times When Knowledge, When Experience, Is Not Enough 8th January 2018 Adam
Personal Letters 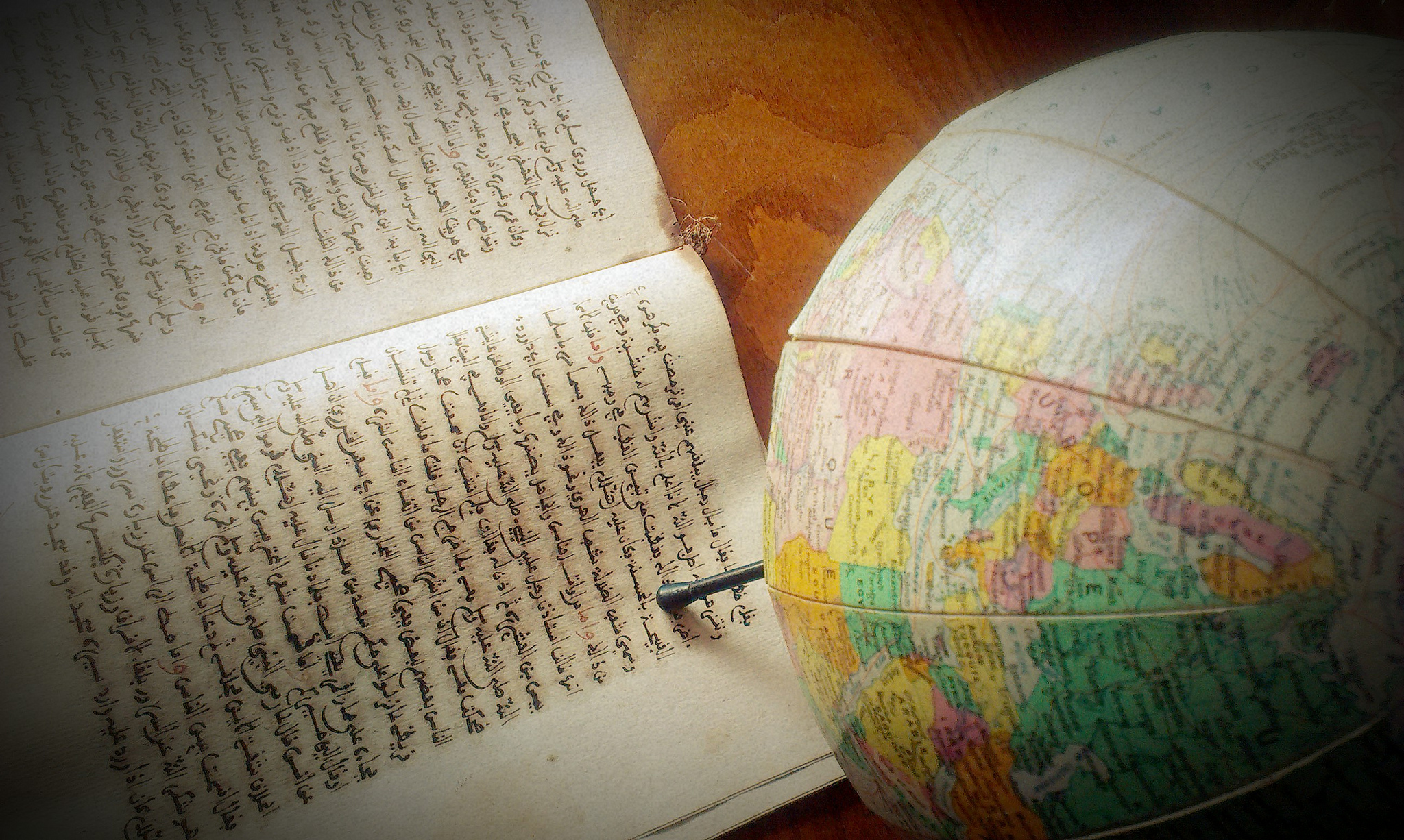 I wonder where we would all be without second chances, whether the world would grind to a halt, or whether those who really are more attuned to life and all it needs would simply disappear from the surface of the Earth, finding no more use for their talents, because second chances are unacceptable. There is an old adage that one should, when something fails, try again: not just take failure as the inevitable outcome of an action, but try to find a new way to come to the same, worthy destination. Not everyone is capable of taking this adage in the right way, it the way that it is meant, and fall back into depression, into self-pity, and into blaming other people for their failure. And, of course, as we all know, when you stop doing something, when you give up, when you turn around and walk away, you have no chance of success whatsoever. A second chance, though, and as I am sure you appreciate, is not quite as easy as it seems when we first face it. True, we have the knowledge of what went wrong before, but we need far more than that to succeed. There are times when knowledge, when experience, is not enough. We need support.

Perhaps not support in the form of someone standing on the sidelines and telling us we can do it, or pushing us when we feel like turning back to taking a rest, but support of a different kind. We can only follow the path through life ourselves, life cannot be delegated to another person no matter how much we might wish it possible, it has to be lived by us. So we are the ones who take all the risks, who place one foot in front of another, who make our way into the darkness in the hope that we will, eventually, see and find light. This is, I hasten to add, far more than a spiritual matter, and I am not going to go meandering off down any religious, dogmatic lanes where no one needs to go. There is a spiritual side to this, but of a different nature. No, the support we need after failure is that of knowing there is someone there we can turn to who, while not necessarily capable of pushing us on, can at least listen, discuss, force our own minds to confront reality and find, for ourselves, a way through.

What we need for a second chance is someone who believes in us, more than anything else. This person must, however, also be able to tell us to stop and to think, to reconsider, to take a look in a different direction which we might not have considered before, and they have to be prepared to be nasty when necessary, forceful when they have to, friendly and supportive whenever possible. How many people are there like that in the world? I know many who can be one, perhaps two of these, but few who are capable of going the whole hog and being that friend which a person really needs.

Let me give you an example: letter writing. Now, you’ve decided to take a chance and invite many people to write to you, to become friends through the written word, and to build that friendship up over a longer period of time. I do not doubt for one moment but that you have had many replies, that mail call has been a series of pleasures as one envelope after another falls into your hands and a wealth of people present themselves to your eager eyes, to your waiting mind. How many would you immediately trust to carry on writing? How many, I don’t want to be crude, but how many are clearly only interested in one thing, and it is not that of giving you a second chance? Letter writing is one of those means of communication where, because two people are many miles apart, they can share thoughts and plans, failures and successes, hopes and dreams. It is very much a two-way thing, each having the chance to put their own words down, to consider whether they wish to answer an idea or accept a challenge but, above all, a chance to work out ideas and thoughts with someone far away who is not directly connected in any way.

For many people, letter writing is something strange, something alien that their grandparents might have done, in certain parts of society, about fifty years ago. Today the post is used to get parcels from Amazon and cards at Christmastime, or for birthdays. The idea of putting words down on paper, of expressing themselves, of filling three, four sheets of paper with experiences and ideas is something many have simply never tried, never had a chance to try. It is, from my point of view, an exceptional experience, when two people come together and a few sparks of intelligence and understanding fly across the page. It needs stamina, though. Letter writing is like a puppy: it’s not just for Christmas. No one picks up a few friends and dumps them a day or two later – at least, I would hope not. When you enter into a platonic friendship, and letter writing is platonic because of the distance and the not knowing one another personally side of it, you need to work at it and keep it going. It is a challenge, especially when you do not meet up with the other person. I suspect this is why so many text friendships fail, and why long distance love relationships are, often, condemned to failure from the first moment.

What do we hope for from a letter writing friendship? Clearly there has to be depth and breadth, otherwise one or the other is going to run out of things to say very quickly indeed. There has to be dedication: finding something to write about is not always easy, especially when you are caught up in a routine which does not allow a glance outside of the fence, at the rest of the world. It needs stamina, because this is something for the long haul and, as I say, not just like a puppy for Christmas.

And then I wonder, how many of the people who have already written to you would fill all these points? If we’re going to go right down to the baseline: do you fill them yourself? Do they – or you – have that depth of thought which can really take a theme and work it out until it is fit and sweating and ready to be challenged again? Can strange and unusual things be thought about, or even opinions which jar and go against what we think? Are we, as writers, open to other thoughts?

This is not the sort of letter you were expecting, I can almost guarantee that even without having had a chance to talk to you through the written word yet. I have often had replies, and I have the pleasure of writing to many people around the world, where the recipient has told me they were not expecting what they received, and it made them stop and think for a while. Perhaps I had quoted a philosopher or a writer somewhere in my letter, or mentioned an event in the annals of history which had caused them to pause. Perhaps, and I have heard this too, my letter was the first one which had treated them as a human, as a being on the same level, and not as someone fit to be forgotten and locked away from society like a pariah. But perhaps this is the sort of letter, the sort of challenge, that you need simply because it is so unusual, because it will make you think, because you will read things which seem strange or which seem to come out of a different world.

You say you are looking for someone to write to who is open-minded; I prefer those who have their hearts, their minds and their eyes open but, obviously, it is difficult to write this preference in a short space, and not everyone would be capable of understanding it anyway. Too many people see an address and automatically place a person is a pigeon-hole, or they see a name and do the same. What they do not see is the person themselves, that can only be found over time and with dedication. We all hide ourselves, that is true, but some of us are forced into hiding, and others are hidden away by the fact of where we are and the prejudices of other people. In just such a case there is no second chance, because we’ve already been placed on a prejudicial level which is almost impossible to escape.

We live in different worlds, and I do not mean present circumstances, but on a social and geographical level. Our experiences in life are so diverse, so other, that it is sometimes hard to assimilate the two different forms despite the fact that many claim we all live, in the Western world, alike. Our traditions and our social needs and customs are not alike, and that is one of the things which makes life, and communication, so fascinating: we have the chance to discover, to step out, for a moment, and into a different world. It is almost as if a book is coming to life, but it is not fiction, it is the real world. We are not stepping through the clothes cupboard in a back room and finding ourselves in Narnia, we are blending our present situation our for a moment, and seeing somewhere else that a real person has experienced. It might be a small village or town, or Paris, London, Moscow, Berlin. We could be on the canals in Venice, or the inland waterways in England, drinking a beer in a London pub, or a glass of wine in the Alsace. In Central Park or the Tuileries. We could be following the experiences of Mark Twain or Marcel Proust, Julius Caesar or Germaine de Staël. And all of this on a sheet of paper covered with print and sent through the post from a land far away.

Letter writing , in the right hands, is a thing of great beauty as much as it is an instrument of revelation. Above all, though, it is a challenge to the mind which needs to accept that there is more to life than a few banalities and strain itself out of that relaxed position into one of the thinker, the person who takes up a challenge, the person who is prepared to take a chance and risk hearing of foreign lands, of foreign people, of things that were and words which have been written instead of the boring half a page of suggestive words which, in the end, have no meaning for anyone outside of a cheap thrill, or the desire to use anonymity to abuse.

This is not the sort of letter you were expecting but, if you will, take a moment and consider: is this the sort of potential friendship which will open up the world for me and prove to be more interesting, more challenging than anything else I have read recently? Sometimes a second chance needs to be taken on a completely different level to that which we have become used to, and it takes a while to come to terms with that level, to accept that we could fit in despite never having been here before. A second chance means taking chances and striking out in new directions searching for that light at the end of the tunnel: friendship.