Home / Personal Letters / No Memory Of Cicero, Little Of Seneca, Little Of Caesar 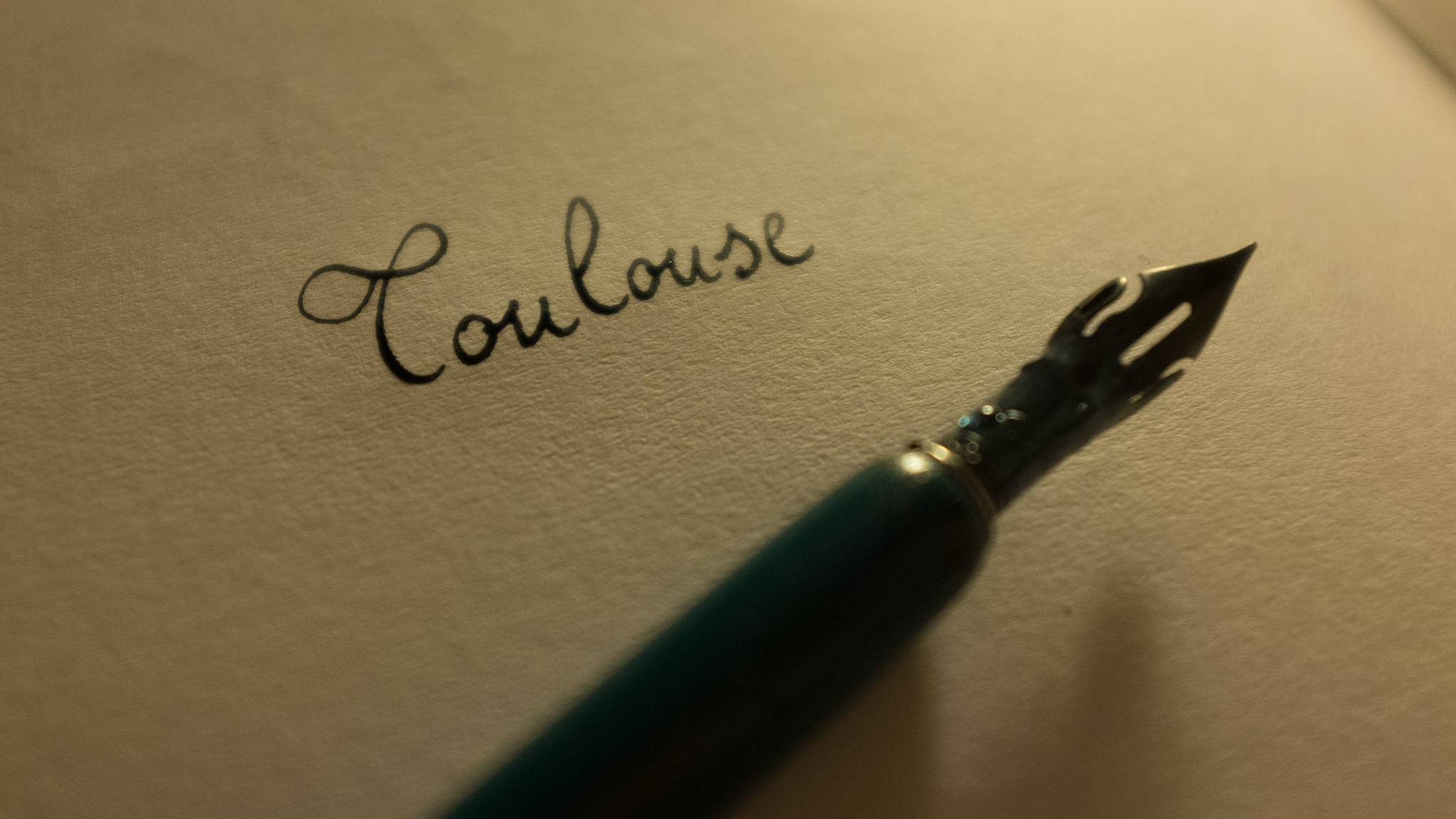 What goes through anyone’s mind when they decide to keep – or hoard – anything? I suppose, if you’re going to think about personal matters, then love letters are the prime targets for a collector, not just because of the intimacy that is within, but also because they bring back memories of a better time, of younger years, perhaps of a romance which was doomed from the start, but was just perfect nonetheless. As a collector I can understand the feeling that some things have to be kept – one glance in my library at all the books, or an attempt to sort out just one box full of old photographs, and you’ll understand that my idea of collecting is all-encompassing – and I can understand as a letter writer why someone would wish to keep such memories of the past. I still have a (sealed) box with the letters I wrote during the Gulf War back in the early Nineties, and other boxes with more modern letters, less revealing, less intimate, but kept because they all have a special place in my heart, they all rekindle certain memories of past times. Where would we be if those who had written letters back down and through the annals of history had not preserved their words? We would have no memory of Cicero, little of Seneca, little of Caesar. We would not be able to read the words Queen Elizabeth I wrote as a child, or learn of the first use of a typewriter, then strain of an Atlantic crossing, the horror of the trenches during senseless and bitter warfare.

It is another matter entirely, though, as you so rightly point out, when someone keeps love letters for decades, and then brings them out at an opportune moment to destroy someone else. Who plans that far ahead? Who knows that a person they were once close to, intimate with, is going to apply for a high level position and that the underlying bitterness they feel after all these years is going to be resolved, quenched by such revelations? More to the point: who keeps love letters when the love was either clearly only on one side, and it was the other side, or when the break-up was so bad that it causes pain still?

Yes, I think that the Me Too movement is a good thing, and wish it had come about many years ago, or not been necessary in our open, liberal, educated and enlightened society. And, yes, I also believe that there are some who are stretching things way beyond what the Me Too campaign was set up for, and what it could achieve. Such things are dangerous to the whole, and tend to bring all those who have really suffered, who have good grounds to complain and seek justice, into a bad position. Their claims will be dampened down, made irrelevant by a few who lie, who take it too far, who misrepresent a feeling of discomfort with harassment. There are people who do not like to be touched, at all, be it on the back of the hand or elsewhere, but this is not something which should be dragged out and called sexual assault. A sign of affection, or a small movement to draw attention, to comfort, to support is different to suggestions of rough intimacy which few find appealing, regardless who they come from. There is an ugliness arising which has no place in the movement, and it will diminish the level of justice which will be meted out and which should be the right of those who have truly been harmed. It is difficult enough for women to gain their rights against the overwhelming power of men in some parts of society – imagine how much justice a woman can possibly gain if the judge suggests she should have kept her legs closed when a rapist attacked her – or to even show that an attack was not their fault, was not provoked by them through word, action or dress.

I had to laugh as you wrote that some people in politics support legislation for one thing but believe it will not apply to them – although this is often true too, since so many politicians automatically have benefits they wish to deny the ordinary citizen; you’ll know that McCain is being privately treated for cancer at the cost of the state, while voting for measures which remove the right to decent heath care for ordinary people. I laughed because of the story of a woman who proudly voted for a Republican President and all that this man would bring, and agreed with his policies and promises as far as immigrants were concerned and so on. When the authorities turned up at her door and took away her husband, who had no papers, she was surprised that, despite her vote in support of the new authority, she should be targeted. And then I watched a news report as a woman told the reporter she was against Obamacare, and had voted accordingly, and it didn’t bother her if Obamacare was removed since she was insured under the Affordable Care Act.

The butterflies surprised me, that I must admit straight away. I wasn’t aware that there were cocoons anywhere in the house, and I had certainly not seen any caterpillars lurking in dark corners or crawling around looking for leaves to eat. Added to which, the room where they appeared has no plants or flowers in it whatsoever. It is also rather cold, as I keep the window there open at all times, although not as cold as outside, which cuts the idea that these butterflies flew in from the garden out of the picture. They wouldn’t have survived overnight outside, and so must have squeezed out of their temporary homes inside. The timing was also interesting: the second arrived two days or so after the first had passed on. Regardless: they were both moved into the warmer library, where cacti take up all the shelf space not stacked with books and pictures which, also despite the time of year but possibly because we are having an exceptionally warm winter, are taking their turn, one after the other, at throwing out glorious blossoms and flowers.

We had a slight dusting of snow a few weeks ago, but since then it has been nothing but the occasional flurry which didn’t last longer than a second or two on the ground, and plenty of chilling rain. It hardly feels like winter at all, although the wind, blasting across the river opposite my house, does make a major difference when I go out to buy milk or try to coax the cat indoors. Sometimes it is almost a torture to walk out of the house and head into town to collect my post, but probably the only decent exercise I get at the moment, and so more than worthwhile for my body and, as you can imagine, the letters are those things from the outer world which keep the mind working. Some of them are wonderful challenges, some a release from the stress and strain of deep thought! Each person has their own writing style, and their own idea of what is going to be interesting, what they should relate from the last two or three weeks, what is going to be interesting in the future, or even has a future for them. But not everyone is attuned to writing letters yet, for some it is still a strange new world, and they have to get used to the idea of putting their most intimate thoughts down on paper – and by intimate I do not mean what some imagine, but more those thoughts which they have always kept to themselves simply because there is no one else who can understand their direction, or who shares an interest. For some letter writing is like keeping a secret diary where you can write absolutely everything down, without fear of anyone contradicting, correcting or punishing you. For others it is a strain to put words together simply because they have never been confronted with a pen and paper, aside from in school, and there everything they needed to write down and learn was dictated anyway. Some manage to keep going, and some give up easily which, I think, is a shame. We all have so much inside us, it just needs the right incentive to bring it out and, believe me, we surprise ourselves in the process.

A prime example crossed my letter writing desk last week: a young man from Puerto Rico, first language Spanish, second English, suddenly discovered that he could read behind the words Friedrich Nietzsche wrote in one of his later works, and understand what he meant. It surprised him – he’s still keeping it a secret from his friends – but also pepped him up a good deal, as he had believed his education, GED and no more, was at an end and that he was incapable of learning. The power of the written word, regardless from whose pen it stems, surprises many.

Unlike you with your tournaments and competitive sport, I am looking forward to a quiet year after a quiet transition from last year. I have managed to come to terms to being placed in forced retirement, and settled down to enjoy all those events and activities which I had always seen from the sidelines, but never had time to take part in and, of course, extending my letter writing as far as is possible. Some of the minor pleasures of the past have become the major pleasures of today, and proven themselves worthy of the promotion. Not that the change in the number of the year makes any difference to me, I am too old to worry about whether I remember to write 2017 or 2018 at the top of a letter, or even to make New Year’s Resolutions and so generally leave such things to younger people, still full of hope that they can change their lives against all odds and make something of themselves through a promise they will probably never keep. I am too old to count all the birthdays I have had, or which have been forgotten by family and friends: not that this had made any difference; I stopped celebrating my own birthday as a teenager. But such things are important for other people, and it was enjoyable watching the fireworks at midnight, as the old went out and the new came in, through my library window. Admittedly the cat didn’t enjoy it quite as much, but we came to an agreement: cat on my lap and very thick trousers to protect my legs from its claws, and I wouldn’t push it off. Even so, there are marks left over.

So, now I shall prepare myself for a bout of reading, moving into Yuval Noah Harari’s Homo Deus, about the future of humankind, having finished his Sapiens just a few days ago. In between I allowed myself the pleasure of reading Ian McEwan’s Nutshell, and soon I will turn my attention to Howard Jacobson’s Shylock is my Name which, as I am sure you can guess, is based on the character from Shakespeare. And I have to read up on my Nietzsche, as I am sure my Puerto Rican friend will have more ideas, more topics for discussion, and really challenge my philosophical thoughts and understanding with his own reading of Also sprach Zarathustra. More of a challenge than you can imagine: as I mentioned, his first language is Spanish but we write in English, and I am reading Nietzsche from a 1930s edition in German.

Life is nothing if not interesting, and a challenge.