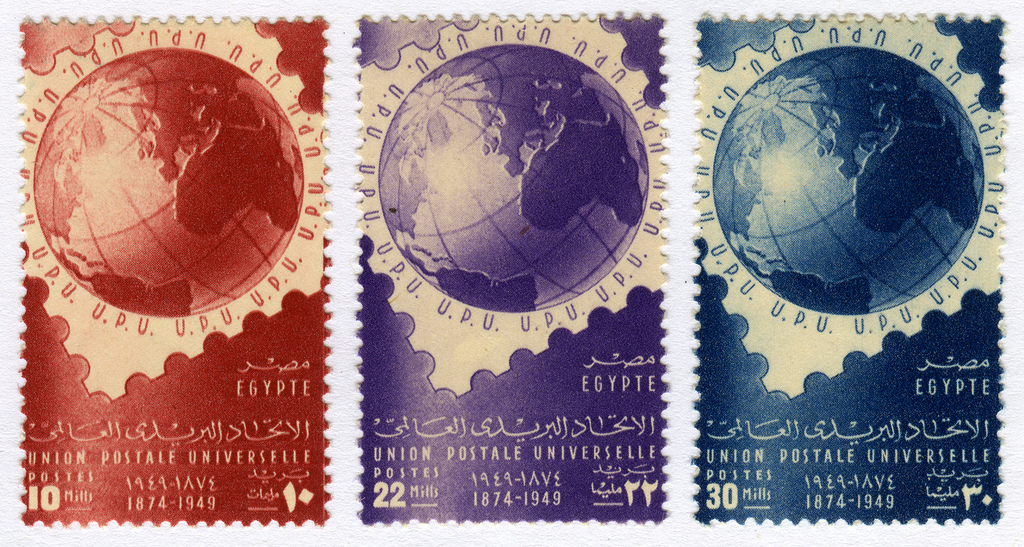 I’m pleased to hear that you are gaining replies: there is nothing more disheartening than to sit and wait in the hope something is going to happen, something which so many people enjoy, and then receive nothing whatsoever. Of course, the level of competition is extremely high, which would make us all hope that what we receive – me as much as you – is of a higher quality and worth both our time and effort. That you’ve been receiving replies from outside of the USA surprises me not at all, the culture of letter and postcard writing in Europe and elsewhere is very strong indeed, and I often see messages from people I know about bow many letters they’ve written or received and the lengths some people go to, to make their letters, including the envelopes, interesting. I’ve sent several decorated mail-art letters to younger people myself, using Anime images and other works of art as well as including stickers and postcards to bolster them on this wonderful journey in the world of communication. The only drawback is that it can be quite expensive, when you throw yourself in at the deep end and really get involved, but the personal rewards are amazing; the people I have met and correspond with on a regular basis bring an insight into life elsewhere which is impossible to gain otherwise, as well as a refreshing change from the routine of everyday life and living.

When I have a chance to write full letters, without any restriction on the number of pages, I tend to work in quotations and interesting titbits I have found during my travels. The quotations are often from literary works such as Michel de Montaigne – one of my favourite essayists – or Marcus Cicero. In this case the quotation at the base of my letters is from Cicero and translates roughly as ‘letters should not be embarrassing / an embarrassment’. There was a time when I wrote very political letters, rather than friendly or philosophical, and they could become bitter and involved in a bad way, so I always include this one quotation on my writing to remind me that the people on the other end of my letters are also human, also have emotions and feelings, and a good argument does not need abuse, vulgarity or similar. I do not really need the reminder, since such a stance is a case of good manners and respect more than anything else, but it is good to have it there nonetheless.

I’m not sure that Brubaker is necessarily hard to find, it may well simply be that it is an older film and many new ones have taken its place. I can, though, understand why it would not necessarily be popular in some States, being based on a true story, just as Mississippi Burning – the case of black human rights activists murdered by white supremacists and investigated by the FBI – would not be popular elsewhere. The system has changed a good deal since the seventies and eighties, though, and I am sure such power plays and abuses are very rare indeed or, if they still exist, are quickly uncovered and resolved.

Backpacking across the USA, absolutely wonderful notion and one I can only say would be a delight. In my youth I travelled across all of the UK and much of Europe, with just a change of clothes and a small sleeping bag. I would often tuck myself away under trees or in deep bushes, under bridges and in railway stations to find shelter at night and then wander as the spirit took me during the daytime. Yes, there are many restrictions for you, and I suspect that you might not be granted a passport when the time comes, but that does not mean any plans are at an end, the USA is also worth exploring and there are always ways to make plans and achieve them with the right people, the right help. The restrictions as far as Europe are concerned are just that you’d have problems settling here, but not in visiting. Imagine how many politicians and big star names would be refused entry if the border guards and customs were so strict! I have slept on some of the best known train station concourses and under some of the most famous bridges throughout Europe, which is hardly a recommendation or a great achievement, more a sign of dedication if anything, a sign that I was interested in travelling, as I am now, and a little discomfort made no difference to me. It made a difference to other people, sad to say, and I was chased off and insulted more times than I care to remember, and that mainly in the UK, my home country. I would do it all again, given the chance and a certain level of health and fitness. In fact, despite my advancing years, I had a brief return to the old days this last weekend: I had to travel to several events in northern Germany, one in Bremen and then two in Gelsenkirchen, which meant travelling on overnight trains and waiting around at various points for connections or for the event to start. I discovered that Hannover train station has no seating for those transiting through the city, unless you wish to sit in MacDonald’s or Burger King with all the drunks. And once I got to Gelsenkirchen, which is an interesting city but I had no time to explore, I found myself a clump of thick bushes and caught an hour’s sleep next to a playground. Fortunately the ground was dry, otherwise I’d have come out looking like a tramp after three days in a mud pool.

Some people never can accept what has happened, or the reasoning, or the fact that it was spur of the moment, without thought, a thing which occurred and cannot be changed. We all regret actions in our lives, and rarely appreciate what one action can cause, what effects it has on other people, whether it be called good or bad. Every single thing that we do has consequences, and our lives are not really just our own, but linked to those of countless people we both know and have never met, never will meet. Living in the past does not help, unless we can find some way of using the past to bring peace to ourselves, accept what has happened and the consequences, and move on to enjoy the rest of our lives no matter what the circumstances of that ‘rest’ may be. There is no point in harbouring anger, as it merely corrupts the soul and makes life miserable. Regret, most certainly, but then only to help us find some way of coming to terms with the situation and making the best we can out of it.

I see my page is coming to an end, cut back by the inclusion of a photograph. Why, I wonder, include the envelope when an address is on the letter itself? Although  do understand that many people do not write their home address on letters they send out for some reason; I have always found it much easier this way. Is this print size legible in a photocopy? It is the last resort of someone who has considerably more to write, is full of ideas, but no longer has the room to express, to explore, to divulge. But something to look forward to with the next letter: no photograph, which means two full pages of letter!