And Your Voice Shakes 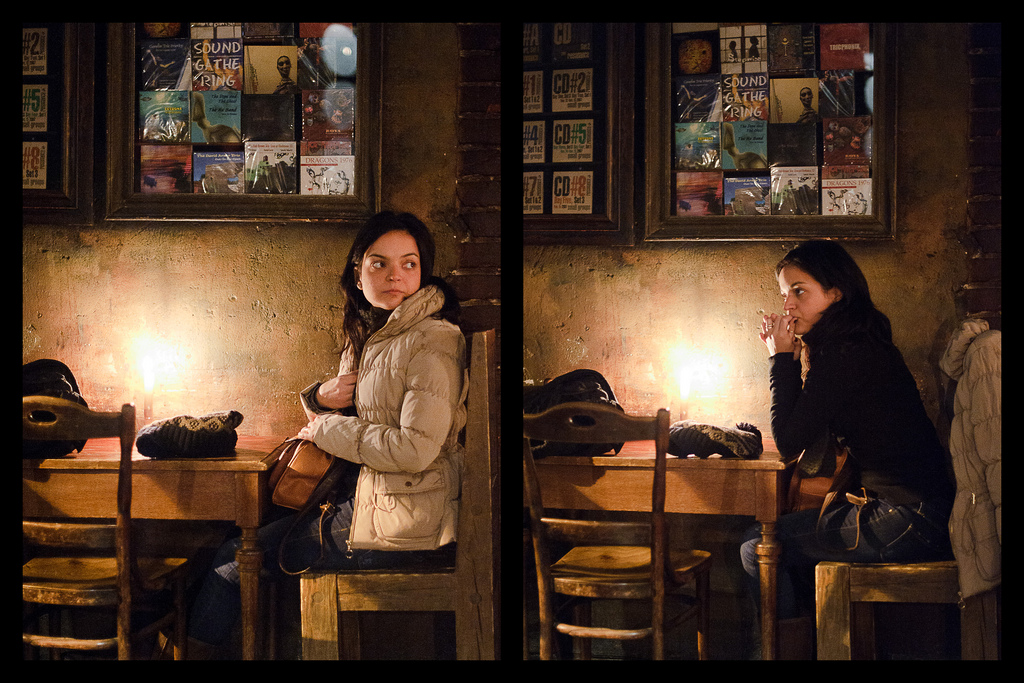 I’ve heard it said that if you are not nervous before going on stage, if you do not feel butterflies in your stomach, your hands jitter and your voice shakes, you have not understood the power of performance, the pleasure of standing before others and creating, and whatever it is that you present will, as a result, be of little worth. Even some of the oldest hands in the theatre, in the film industry when appearing in public, have confirmed that, no matter how many times they appear live and in person, the worries and nerves are there. So I would be inclined to offer you both the standard good luck wish of Break Leg – said to artists before going on stage in England at the very least – and wish you all the nerves you need to ensure that your performance, after all, it is a very important audience, is as good as it should be, as good as you wish it to be. I wouldn’t hope that your nerves go as far as those of Cicero, who is said to have vomited before any major speech or court case he was involved in, but at least enough that you know you’re alive and prepared to give of your best.

I haven’t been on the stage for many years, but can still remember the feeling of having worked hard to learn lines and to follow the cues of others – or even skip in when they forgot theirs in order to bridge a problem and make the whole performance appear as if such a mistake or failing was intended – of being in front of an audience of people you cannot see, but can often hear. Of course, the theatre is completely different to a musical performance such as you have planned, where the spectators are right there at your feet and you can see their expressions, their immediate reactions to your work, but I can sympathise here too, having stood in front of many groups to give talks and lectures over the years. Not musical, that is not within my powers; I have never been even slightly talented when it comes to musical instruments or even singing, despite the hopes and aims of family and school. I tend to mumble along in the background when the need to sing arises, and am often the only person struggling with the bass line and being overwhelmed by the strong tenor of everyone else.

Your performance will be even more important, I am sure, because of those in the audience: in many ways I envy you the chance to perform for family and friends and show them the changes as well as tell them how much you feel for them. We do not all have this chance, and it is often words said which are quickly forgotten, emotions felt which remain unexpressed, and time spent which cannot be wound back to do what we should have done from the very beginning. How many people really express their feelings to members of their family? At the beginning – when something is more of a love affair between two people, or when a child hasn’t begun that teenager know-it-all phase – we constantly express ourselves, but this wears off and we forget which is a great shame. How many people do I know who, if they bring flowers back for their wife one evening, will automatically be accused of having done something wrong and be seeking forgiveness? But we seem to be a society which has moved away from public – and private – signs of affection. I think partially because we feel embarrassed by them, partially because other people make us feel embarrassed by them. It is fine for an elderly couple to be seen holding hands in public, everyone thinks that is sweet that they’re still together after all these years – not that they have any idea whatsoever of the background to these people and are merely making assumptions – but middle-aged people? Society is turning against public displays of affection, since they clearly turn the heads of children and are a corrupting factor, and this is to our great loss.

As to the length of time between letters: I have no problem waiting; I am hardly the most important person in anyone’s life and have no problems with that position whatsoever. I enjoy the replies when they arrive, and write back as and when I can, and remain quite content. I would much rather my correspondents write to me because they wish to and in a relaxed and easy state of mind, not because they feel an obligation to write. Friendship should never be something obligating or forced, otherwise it is more of a business arrangement, and hardly worth more than a sheet of paper with an empty contract printed on its surface. And obligatory letters are more akin to those thank-you notes after Christmas: we don’t know what to write but do know that we have to write, and make a mess even of that simple task.

I am also impressed by the fact that you have chosen something which you do not enjoy, but which your children do; that says more about a person’s feelings and intentions than anything else, and I am sure they will appreciate it. Although I know that, by the time you read these few words, the concert is already over, as I write it is still in the future. A very strange course of events, if you think about it. So, I wish you all the best and every success for the concert tomorrow whilst knowing that you will already know whether it was a success or not – and I am sure it will be / was – when this letter arrives.