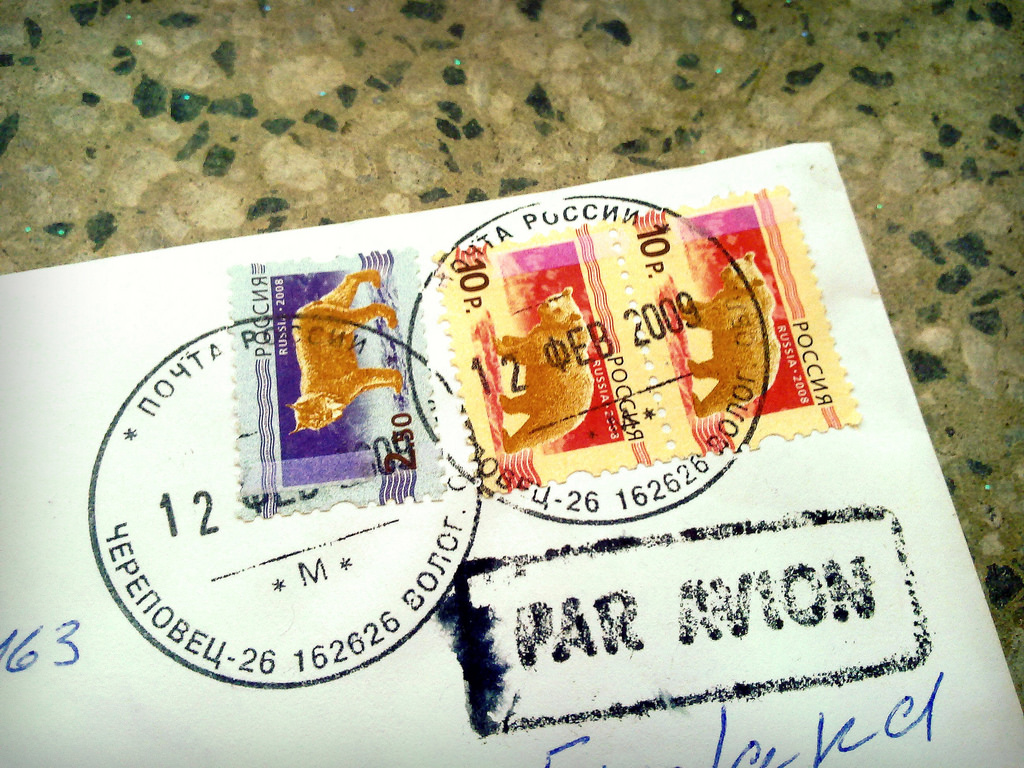 For me there is a certain fascination with what happened today, something which hasn’t happened before, despite all the possibilities and opportunities. It is almost as if two different worlds have collided or, at the very least, made some form of contact: there is a massive difference, I can assure you, between us, but hardly one which would prove insurmountable. These two worlds colliding brings far more than just an image of planets hurtling towards one another through the depths of space: the collision is also a generational one, I am probably about thirty years older than you; a collision of cultures, between that of the New World of America and the Old World of Europe, but also between the small town where I live and the major city you call home. There are differences in experiences, bearing in mind that I have been around several decades longer than you and have spent many years travelling around the world. There are differences in style and mannerisms: when I went to school there was no talk of abbreviations such as are used on the internet today; a word was spelled out and, more than that, it was written down on paper rather than being tipped into a computer and sent instantaneously around the world to its final destination. Not only that, we had, as almost adults, letter writing classes during English, and were expected to be capable, adept at writing all manner of different forms of letter, from applications for an interview through to personal letters to family and friends. We were graded on our writing, formatting and presentation skills as much as on the content of the letter itself.

There are so many other differences. In my youth a telephone, when a family had one, and that was not a given, was fixed to the wall at home or stood – a big, red box – on a street corner, vying for space with the scarlet of letter boxes. This was in London in the Sixties, an absolute age ago and now only recorded in the feeble memories of history, through some pop music which is now called Old or Classic, and grainy photographs and films. Today it seems as if no one can survive without having their smart phone readily available – it is a catastrophe of immense proportions when the battery dies – so that they can be pinged and beeped and peeped and called upon at all times of the day or night with the latest downloaded tunes, no matter whether the message is important or not. There was a time, believe it or not, when no one felt the need to tell anyone else they had just bought a cup of coffee, and certainly no need to send all their friends, relations and the odd cyber-highway passerby a photograph of it. Coffee was an enjoyable drink you ordered when relaxing with friends at a street café somewhere, bathing in the sunshine, enjoying good conversation, and not a work of art vying for the attention of the entire world and its dog. Ice cream came in about five or six flavours, back in the days when neither Ben nor Jerry had even been born.

Imagine a world, the world of my youth, where conversations took place face to face, something which is practically unthinkable nowadays; where people had time to talk and discuss things without being constantly interrupted by status updates and unwanted spam messages, and where that famous duck-face expression, seen so often on Facebook and Instagram, belonged to a real duck found down at the lake, or in a pond in the middle of a London park. Of course, when I was young people still went to work in the City (the City of London, the financial district) wearing pinstripe suits, bowler hats and carrying an umbrella carefully rolled up and used like a walking stick. Have you ever seen anyone wearing a bowler hat? Although in Los Angeles I don’t think they would ever have been all that fashionable, or a necessity to conform to some minor requirement in the Dress Code of this firm or that office. But these face to face conversations were the social trappings of the times: people talked to one another and enjoyed the company of their friends without anyone being suspicious, without anyone suspecting that they were too poor to have broadband and unlimited bandwidth to surf from one friend’s status to another.

One thing that I noticed the other day, and I wrote about this in a letter to a friend of mine in the States yesterday, is the difference in reacting to what people are physically doing during the day. I have plenty of leisure time, and often go out into the town, or travel off to one of the nearby cities, enjoy a day out and sit at a street café for a few hours, watching people, watching traffic, reading a book. It is this last one which seems to throw people: someone reading a book in public is almost bordering on an abomination, it is so unusual. Everyone today has a smart phone on the hand, and if they’re going to lower themselves to reading a literary work in public, then on a Kindle or some similar electronic contraption. I see people sitting in art galleries and museums, and spending all their time surrounded by the most wonderful artistic creations, but looking at that small screen. When I sit somewhere and open a book, though, it’s considered strange.

I think one of the biggest differences, where our worlds clash or collide, is living area. You live – I assume – in Los Angeles, which, it is fair to say, is a reasonably large city with about four million inhabitants. I, on the other hand, live out in the country in a small town with just over four thousand souls. Placing the idea of the two together, side by side, the differences must be phenomenal. You would probably be deafened by the level of silence here, by the fact that I can hear birds singing at all times of the day – and some crows cawing at all times of the night – as well as sheep bleating from fields running alongside the river, right in front of my house. You would probably be surprised at the apparent lack of shopping facilities, or leisure activities compared to what is available in California, but everything is there. My small town has the same to offer, but not as widespread, without as much competition to survive. That said, we do have two gas stations, four churches and four supermarkets in the town which, for some, might seem excessive considering the number of people who live here.

And despite being surrounded by countryside, a ten minute walk in any direction, we have parks in the town too, which surprises a lot of city-folk. Why do we need parks, they seem to ask, when we can just take a stroll out of the town limits and enjoy the countryside? I guess the answer is simply because we can and because we want to. I have friends who have visited from Berlin, where they live in the centre, and they couldn’t sleep at night: it was too quiet. And the same for me recently: I travelled down south to the city of Wiesbaden and stayed overnight in an hotel in the very centre of town, and couldn’t sleep because it was too noisy, although traffic under my window was probably not that bad. And that despite the fact that I was born in London and should, theoretically, be used to noise.

Which , I can say, is something that does happen. During my military service I was assigned to a small unit with tanks out in Saudi Arabia for the first Gulf War, and these tanks had to be run up every three or four hours to recharge the batteries. We, of course, were sleeping right next to the vehicles to be ready in case of need, and after three nights I was sleeping through the revving engine as if nothing was happening at all. But I’m not so sure I would be able to adapt to city life so quickly, the noise level is different, the type of noises are different. In fact, their air itself is different, come to think of it.

Let me tell you something about this old-fashioned letter writing thing: it is special for many people; not just the act of writing a letter when they could be sending off a text message or updating their status on one of the many social media web sites, but the whole thing. It is a wonderful means of communication which lasts far longer – physically as well as in our memories – than anything other than, perhaps, a (printed) photograph. The act of receiving a letter is, for some, almost a lifeline back to the real world; think of all the military personnel out in abandoned areas of the world with no mast to send a signal for their phones. A letter can be pulled out and read time and time again, it never seems to get old, whereas a text disappears. How many people in future years will be lauding their Twitter entries and posts and showing their grandchildren what they wrote back then? How many institutions – aside from the Library of Congress who apparently archive Twitter now as a social history study – will reproduce Tweets and Facebook status updates to show the biographical life of someone famous? But their letters, their diary entries, the physically written record of their lives; everyone wants that. No matter what happens, this old-fashioned art isn’t going to die out too quickly: letter writing serves a need, and where there is a need, a desire, there you’ll find enough people willing to live it.