Home / Personal Letters / A Tin Of Carrots And Peas

A Tin Of Carrots And Peas 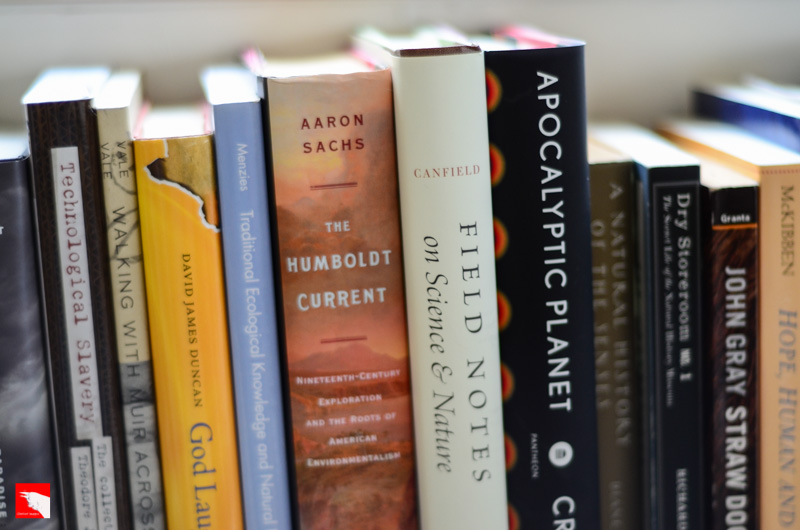 I’ve recently been trying to decide what it is that I look for when browsing through the bookstore shelves; what it is that excites my mind and draws my hand not just towards a book but, later, towards the funds I’m prepared to give out for reading rather than eating. This last may seem strange to you, but I am on a tight budget, when it comes to anything at all, and tend to watch every penny to see where it can go and what it is useful for. Last week I caught myself not watching my darker side and, rather than buying the usual commodities associated with living the good life, I found I had bought three books – a third of my available cash for the week – without too much thought. Thinking about the books, most certainly, but not relating their cost to the fact that I also needed to buy food, and that this was the same fund which would be depleted and leave me hungry and, what’s worse, my cat too, once it was exhausted. Clearly I couldn’t go back into the shop and tell the sales assistant I’d changed my mind: how would it sound? I’ve decided to buy carrots and peas rather than the more intellectually edifying letters written by the Mann family from 1919 to 1981 or, sorry, cat food comes before Kurt Tucholsky: there’s something not quite right there; no one would believe me. I’m not sure that I would believe myself.

The question, however, is not answered: what is it that grips the mind, that makes you turn sense and commonsense off and buy food for the intellect in preference to food for the belly? And I’ll not accept the idea, postulated by one person I know, that buying food for the intellect should be regulated by how far you need to bend over to see your feet: if it’s a long way, you’ve eaten enough. And, yes, I do see sense and commonsense as being two different things here; one is a deep thought idea and the other sheer survival or instinct where you shouldn’t need to do too much thinking, just act sensibly.

You see, I think that buying books is completely different to most other types of purchases. If you’re going out for music, you have a very good idea of what you are going to be buying, have probably even heard it on the radio or in a club a few times and it appeals. Or, for the more hard-besotted, it is produced by a group or person who is the love of your life – for teenagers – or has always been a good and valid performer – rest of the world. But, with music, you have advance knowledge. Perhaps with some authors too, such as J. K. Rowling: you know that those books are about wizards, there will be a fight and the good side with win, if only temporarily, ready for the next episode. Perhaps with letters, biographies and works tending more towards an historical nature you also know, roughly, what you are letting yourself in for. Most people have a fairly good knowledge of historical fact – or close to fact, according to what their State, county or even national educational authority wishes them to believe in – and would undoubtedly know something about a person whose biography they plan on reading. The actual contents are the nitty-gritty details, the meat of the whole, but most of us know what we’re letting ourselves in for.

Works of fiction, though, or biographies of people we’ve never heard of: why do some of us feel attracted towards them? Even more so towards collections of letters: I am indeed the person who bought the massive volume of letters written by the Mann family between 1919 and 1981 rather than a tin of mixed peas and carrots. It is sitting on the desk next to me, I would almost have thought glaring reproachfully since I’ve been reading a different book, as if a book could make you feel guilty for either abandoning it, or for outing off its great revelatory moments until a later time, but it is there. And I have read nothing, to the best of my knowledge, written by anyone in the Mann family, even if many titles are well known. Even if people look at me in a strange manner when I admit that I haven’t read the book which made Thomas Mann’s name, and which carved that name indelibly into the granite of German literature in a time before my birth, or any other book by him for that matter.

The thing about being well-read, and I am told that I am well-read, is that, no matter how much you try, you cannot read everything. You can be well-read in another facet of literature to the one being discussed, or to the one which other people practically demand people who are called well-read are well-read in. You might have concentrated all your efforts on Plato while the rest of the world counts Terry Pratchett as being on a higher plane. Or perhaps have concentrated your efforts around the Renaissance Humanists in Italy, fifteenth and sixteenth century to the detriment of all those wonderful works by Lee Child. We all have our standards, who are we to judge those of others.

Which still does not answer the question of why I, or anyone else, for that matter, would buy a book in preference to anything else. Times have changed, certainly since I was a child. We now have the world at our fingertips, at the slightest whim we can call anyone, anywhere, or just visit that place, virtually. We don’t need to write letters, nor read books, nor even travel to foreign climes, as it is all there, in those little gadgets people carry around in their back pockets, when they aren’t checking to see whether anyone has Liked their status update, or remarked on the pretty patterns on their last cup of coffee. Why would I take a pen in my hand and make marks on a sheet of paper which then gets thrown into one box after another box and flown half way around the world?

Now, on this level, I can answer the question, and I think you will understand my answer far better: it’s the feeling. You cannot express it better than that: the feeling. It’s that indescribable moment when you name is called out at mail call, for example and you hold a closed envelope in your hands. You have no idea what’s in there – other than the fact that it isn’t likely to be a bill – who it is from, or what they want from you. You explore further to find out the details, and this feeling is there all the time: this is your letter, or this is your book, and what it contains is only for you: no one else in the entire world, through the length and breadth of time and experience, is going to have this feeling.

It was a wonderful night. The darkness was full of elemental turmoil. We walked in silence both fast and far by this sea and the tumult till dawn broke. Being overcome by weariness, we crawled under an upturned boat to rest and get our breath.

So Edna John recalling a night with Ida John, the wife of her brother, the artist Augustus John, in about 1896. This is what one hopes to find in a book, something which takes you within and changes your entire world for as long as you are breathing, and lets you back out exhausted, but happy at the end. And perhaps this is exactly what I am seeking when I reach up and take one or another title down from the shelves in my local bookstore, or any other shop I haven’t been able to force myself to walk on by, and weigh up the possibilities against a tin of mixed vegetables. Although I must admit, in this case I didn’t find that tumult and crashing wave-like excitement – at least, not in the letters of Ida John – rather a certain mundane existence which, had someone taken the time and the effort, could have been greatly enhanced by background information, and by weaving the letters she wrote in her short life into a whole with biographical insights and juicy, artistic titbits. Even so, there are moments when she gives an insight into what might have been, had she continued her artistic career, not succumbed to the pressures of motherhood and Victorian / Edwardian social mores in the placing of women in London society. Sadly, they are few and far between.

What great work is accomplished without a hundred sordid details?

she asks, as the book of her most intimate thoughts, the record of her life, is given over to the changing of nappies and the problem of measles.

And how much we miss those hundred sordid details when they are taken away from us, for whatever reason. Perhaps that is the attraction of letter writing; that we are back in with the details of other lives; that we can express ourselves quietly amid the tumult of life around is; that we can gather our thoughts and create something which is like a book of ourselves. A letter is like a continuing, a continuous book, a life being written out before our very eyes, with a new episode always on the way, so that we need never close the covers, never come to the end of the story. And we can add to that book ourselves, it is not as if we are just readers of some dusty tome taken rarely off the shelves: we can create; we breath depth and life into the words appearing on the page; we communicate beyond all barriers.

You see, when I write you, I write everything, and mostly the things that trouble me and that is because I love you and don’t stop to think whether it would be better to write this or that – but just keep on writing what is on my mind – things that I’ve always had to keep to myself for I never trusted any other woman.

Written by the ex-prostitute Maimie Pinzer to her benefactress in 1911, but still true to this day for many people; the ability to express themselves, to retain contact and connectivity with the Real World through the written one.

And still, it does not, despite a barrage of words, explain why one book – or one letter – should be more attractive than another; why we should wait breathlessly for a continuation; why we miss words when they are no longer there. There is, perhaps, no rhyme or reason; at least, not one that we can put into words in a first missive. There are many choices we make which defy explanation, way beyond the simple books over carrots equation, but they are all part of our life, our lives, and a working story which, hopefully, will continue, seemingly without a beginning – as this letter is – and without an end we are likely to appreciate. My letters are like life – and take some getting used to – they appear to begin in the middle, with no introduction, with no lead in, which is what life does: we are placed here and try to fit it; it doesn’t all begin with our arrival. My letters are written in the middle of my life, not at the beginning, but are the beginning of the remaining days, or months or, perhaps, years. They will have flashbacks to many experiences over many decades of life, they may even have hopes for the future, we shall see, but the ride begins now, if you wish.