The Greatest Calamity To Hit Humankind Since The Black Death 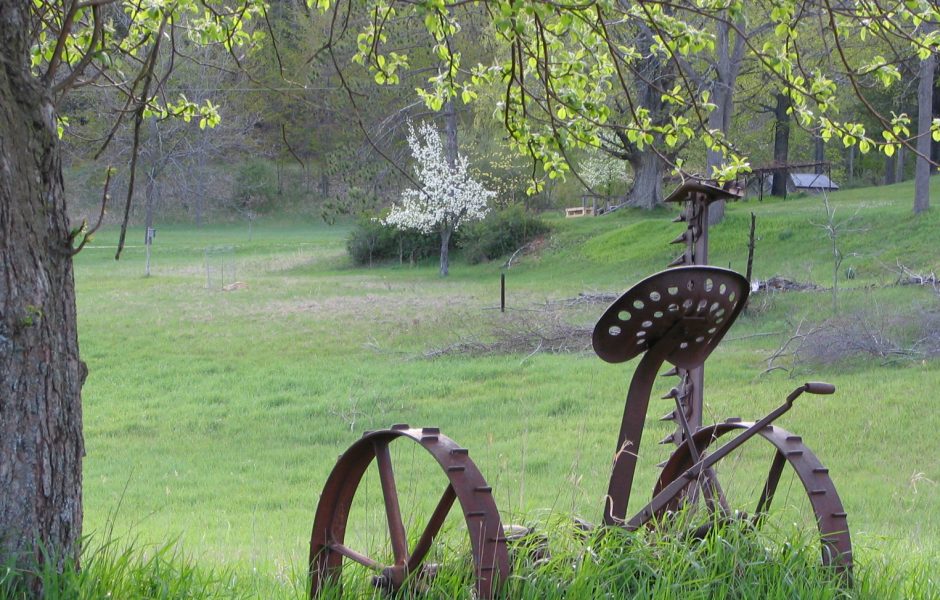 It often comes as a great surprise to realise just how important something minor is in our lives, be it a toe, a finger or, as in your case, an arm. To suddenly have it damaged, or taken completely out of service, at short notice throws us a great deal, as we try to adapt to the new situation, try to do all those things which we had taken for granted before the injury, before our disability took over our lives and made even the simplest things nigh on impossible. Up until fairly recently I would look down on those who complained that a minor injury had effectively ruined their lives – temporarily – and suggest that they pull themselves together and stop being such a baby. Time, of course, is the bringer of much wisdom, and while I still look down on the complainers to a certain extent, I appreciate how much of a change, a burden, any form of temporary disability can be. But I only look down on those who do not try to find a way around their problem, who do not seek new avenues and continue with their lives on a different level as best they can. For some reason I’ve never had time for those who sit back and whine, but plenty of time for those (few) who accept that there is a change, and seek out ways and means to circumvent it, to carry on with the pleasures of life despite any setbacks.

So I was pleased to receive your letter, in another’s hand, and the news that you are still around, that you have not given up, that you have sought out a different means of keeping in touch. I sincerely hope that the break is not a bad one, and that you find yourself fit and healthy, with all your normal faculties, fancies and abilities, in a very short period of time. And it is also pleasing to know that there is someone there for you, someone who will quickly write down a few words and help you out in your moment of need – something I would have been very jealous of eighteen months ago when I needed help and was sorely pressed to find it, even from those whose job it is to assist. Helping other people is no longer a given, something automatic, it seems almost as if it has to be taught, and then the pupils reminded at regularly intervals that this is how a well-run society works, this is how friendship and companionship works, this is what we need to do if we are going to expect any return, any assistance for ourselves, at a later date.

And, of course, I can’t wait to hear all the gory details of what happened which is one of those stranger British traits I still carry around with me: we are fascinated by the detail, by what has gone wrong, and love to hear about it from others, or tell our own tales. Countless television series are based purely on things going wrong, on the (not necessarily physical) pain of other people – it is what makes the British form of dark, dry or black humour so special – and it makes a change from discussing the weather, or what a certain neighbour has been up to in their garden allotment. In some ways it is a lot like over the garden fence gossip, what has been happening in the neighbourhood, but more physical and closer to reality than the speculative takes we often get to hear of how other people act and react, where the secret love affairs are, and who is hiding their credit card reports and weekend jaunts to the seaside for some hot rendezvous from their spouse.

I have no idea what I would do with myself if my own ability to write was cut back in any way, it would be a life-threatening action for me, as so much of my life is taken up with the written word, with putting thoughts down on paper, or into a computer. I know, in effect, how it feels having been severely restrained in my travelling for a while, while my leg was in plaster and I discovered there was no one interested in pushing a wheelchair through town. Writing, though, which is a life elixir, is another matter entirely. It would almost be on the same level as not being able to hold and read a book, which is something I don’t even allow into my worst dreams. If Dante had wanted to create a circle of hell which really scared a large portion of my generation, it would have been the circle with no books, the circle with no pens and paper, no writing implements whatsoever, no postal service, no written communication. I imagine you could equate it today with the feeling of some of those cell phone users who suddenly discover there is no network where they are: the end of the world and all civilisation.

Which is, surprisingly, something I experienced over the last weekend: admittedly not quite as serious as it could have been, but slowed down to such a level of frustration, you could have thought the greatest calamity had hit humankind since the Black Death. I spent the last weekend – Thursday through Sunday – in Bavaria for our Annual Communication, which is a posh way of saying the annual meeting, balanced high up on a hillside where, for whatever reason, the invisible waves vital to modern communication do not manage to make an appearance. It is just about possible to telephone, but anything to do with the transfer of data, be it for Facebook, Twitter or even a check on the latest stocks and shares, is so laborious and slow as to be unworkable. The hotel sells time on its Wi-Fi circuit, but even that is something out of the dark ages. Personally, I was glad not to be in touch with the whole world just for one weekend, to be able to say, truthfully, that I was forced to be out of contact with civilisation through circumstances beyond my control, but there are others for whom this connectivity is a form of lifeline they are incapable, or perhaps just unwilling, to give up. I enjoy the rest: I enjoy the fact that I cannot answer those mails which have been sent me demanding an immediate answer, and can justify my lack of an answer; I enjoy the lack of pressure, even though this pressure has merely shifted through time and, as far as the daily proceedings are concerned, form.

For most people it would be a time of boredom, what I have just been through over the last weekend. A few weeks ago I had to travel down to Offenbach near Frankfurt am Main to prepare the audit for the last year, and a budget for the coming twelve months, and then last week across the entire country again so that someone else could present my work, and everyone else there could vote on it. We had the usual discussions on proposals and resolutions, on awards and presentations, and then the elections for the coming year where I, thankfully, was able to give up all of my committee positions to other people. The wonderful part of the weekends, though, is meeting up with friends who I only get to see once or twice a year and exchange all the latest news. Some of them are in southern Germany the whole year, others in Saudi Arabia and only fly in once or twice for our annual meeting. This form of communication, of meeting up with friends, is what stops such long discussions from being boring, from being added to the list of events we can happily avoid. And, sometimes, on the periphery of the whole, there is a chance for something more than just passing friendship which, for a single person gradually aging to more grey hair than brown, is a blessing!

Travelling down to Bavaria by car was also, for once, a pleasure this year. Thanks to ongoing roadworks, we were thrown off the main autobahn to the south of Göttingen, and had to make our way along the smaller roads. Most of the diverted traffic queued and made its way back onto the main route as soon as possible, and we just slid by on the country route and left them to it. Having been used to motorway traffic and views each and every time we’ve travelled down to Bavaria, and back, it was a pleasure to drive through some of the smaller, hidden towns, and especially through the countryside which, despite some bad weather lately, is blossoming in the full throes of spring. It is many years since I have seen so many trees with white blossom alongside smaller fields of green. Along the autobahn everything is either hidden by sound screens, or massive farmland stretching out into the distance and only interrupted by the occasional small village, or a restaurant stop and petrol station. It took us an extra two hours to get to our hotel, along with a second stop for coffee and a stretch of the legs which we do not normally need, but was worth every single extra minute. And we arrived relaxed, despite the extra travelling time, and ready for the afternoon and evening, where many others got in just at the last moment, harried and exhausted, and certainly not in the best mood for chitchat and a few convivial drinks.

But it is not all just pleasure and chat, there is also some serious work to be done and, for a change, we managed to complete everything on the agenda without serious arguments. And once the serious side of things was completed, which took two full days, I was able to settle back and leave it all to everyone else for the next year or two. Which is a good thing, as my duties – or the role which I am to assume in the future – is centred around northern Germany and the people I am in touch with every day of the year, and that gives me as much pleasure as anything else. I can now concentrate on expanding our new region – the north is very new for us; previously there was only one Lodge here, and now we have seven or eight – and leave the old, settled-in-their-ways south to its own devices.

What came to my mind, though, over the weekend, was how we try to get to our destination as quickly as possible, and fail to see all the beauty and life surrounding us along the way. We rush through – along the autobahn instead of the smaller side roads – and do not see the green fields, the blossoming trees, the tiny houses and ordinary people. We miss out, on a higher level, on all the pleasures and possibilities of life because we’re taking the straight and easy road rather than the longer, harder, beautiful route. And, in the end, we still arrive at the same destination, so why shouldn’t we enjoy the journey?

Let me close now with best wishes for your speedy recovery, and the promise that I am still here – so long as there is life in my body – so don’t worry if it takes a little longer until your fingers are flexible enough to hold a pen again!