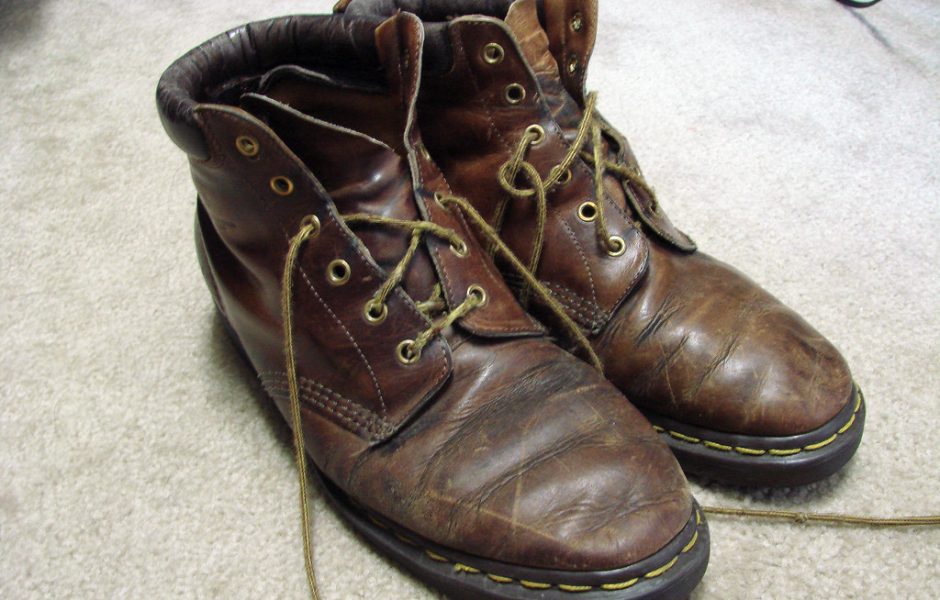 It is strange the way a simple sentence, even a word, can conjure up a certain image in your mind, or bring back memories you had thought long forgotten. I was quite innocently taking a look through one or two areas where I often find things of interest when I came across your comment:

an idea which, for many people, is uttered without a second thought, without considering that it has a far deeper meaning. We have so many proverbs and sayings which trip off the tongue and disappear into the wind without anyone taking any notice of them where once, many years ago, they caused people to stop, think and actually consider what could be meant. How many people today understand what it means to stand, or walk, in another person’s shoes; to be placed fairly and squarely in their position and have to follow the path life and the Fates have destined for them? I suspect that it is very few indeed. And, reading your words, my thoughts went back to a text I had read quite a few years ago – the dark recesses of the mind are a terrible thing when once brought back toward the light – which gave a wonderful and imaginative explanation of just this idea. It was written at a time when it seemed as if Europe was on the edge of obliteration, which is nothing unusual, thanks to the decision by a few French people to go on the rampage, overthrow their government, execute a whole mess of the population and call themselves a Republic.

The British government, taking advantage of the uncertainties of the time, did what all governments do: they attempted to raise taxes. A bishop suggested that this tithe on the income of ordinary people wasn’t enough, and that ten percent of the income or fortune of everyone should be claimed for government use, believing that this form of equality would ensure no one suffered since, it being an equal percentage, everyone would be affected in the same manner. Of course, we know that this is a false premise: a person who has next to nothing financially and has to give up a tenth of it in addition to all the other costs of living is going to suffer considerably more than a multimillionaire who has far greater resources to fall back on. This man, Richard Watson, the Bishop of Llandaff, published his suggestion well aware that as a member of the clergy, he would probably not be called to contribute unless he had a personal fortune he couldn’t claim belonged to whichever church he represented, and certainly well aware of the plight of many people in the kingdom at the time. To which a certain Gilbert Wakefield replied with an excellent example of how things really work in a separate pamphlet. According to Robert Southey, who wrote a series of letters about the state of the kingdom as if he were a foreigner and which were published back in 1807:

[the Bishop] suggested instead, that a tenth should be levied of all the capital in the kingdom; arguing, that as every person would be affected in the same proportion, all would remain relatively as before, and in fact no person be affected at all. This curious argument he enforced by as curious an illustration; he said “That if the foundations of a great building were to sink equally in every part of the same, the whole pile, instead of suffering any injury, would become firmer.” – “True,” said Wakefield in his reply, “and you, my lord bishop, who dwell in the upper apartments, might still enjoy the prospect from your window;- but what would become of me and the good people who live upon the ground-floor?”

I wonder whether such arguments would work today, although I am also sure that any government, faced with the prospect of raising taxes, is going to hide them as best they can and not let it come to public debate in the first place. The only good news on taxes is always that they are being reduced, which often hides the fact that the reduction is off-set by an increase elsewhere, and this increase more than makes up for any loss which the government, or a local authority, might have suffered.

The point of the whole is, of course, that a bishop was unable to put himself into the shoes of the ordinary people, those who he should be responsible for in their daily, devotional lives, but we, as ordinary people, need to be prepared not only to help, but also to understand. You can’t walk a mile in the shoes of another person if you do not know what that mile signifies, and if you are not prepared to learn from the experience. This presupposes that anyone reading your comment is able to imagine such an occurrence, that they can see themselves in the same position, understand how it could come about, and be prepared for the eventualities. There are many who will automatically assume, before they even take a moment to think their prejudices through, and go with a false assumption rather than take that precious moment which, for all they know, could change their lives for the better just as much as it could help, heal and further the life of someone else. And, of course, there are thousands of people out there – a conservative estimate – who are nowhere near as pedantic as I am, and who would never dissect a simple statement in such a manner; but at least you now know what you’re potentially getting involved in.

I have two major interests which I tend to talk about in one way or another more than anything else, regardless of what the actual theme may be, and they are everything to do with the written word – be it books, articles, letter writing or whatever, and encompassing a wide variety of subjects – and photography. I have no problems putting myself into other people’s lives, mainly because I have taken advantage of my many years on this small green planet and gathered many experiences, impressions, a few opinions, and a desire to just keep on experiencing and learning. I am constantly surrounded by books – the room where I am writing is a small library I have built up over the last few years – and by a smaller collection of prints and photographs which is an environment many would consider antiquated, Victorian or perhaps closer to that of a hermit; which I am clearly not, since I constantly travel and have no intention of being cut off from the rest of the world. I’m not one of those philosophers like Wittgenstein who build themselves a hut in the middle of Norway, cut off from the rest of the civilised world in order to think. I think on my feet, and it works just as well. And I enjoy meeting up with people who also think, who are prepared to take a look outside of what is normal and voice an opinion even if that opinion is based on their own experiences and thoughts and not mainstream. And even if we, as people, do not physically meet but converse through this wonderful, old-fashioned medium of pen, paper and the post which, as I am sure you are aware, also has many advantages.

One of the things that I love about letter writing, and try to pass on to other people wherever I can, is how a single idea – or a single sentence in this case – can be enough to get the brain ticking over, the hand itching to grab hold of a pen and paper, and be the foundation for a letter. I seem to have it in my memory that a single sentence was once enough to create a very popular film, but don’t take my word for it on that one. These few words create an image in the mind and bring back memories of happier and sadder times, of things we wish we had been able to do, obstacles which have been placed in our paths and either overcome, or not. We would love to be able to live someone else’s life, to experience what they have lived through, whenever we see that life as being something special, something worthy, but always wish the worst part of our lives on other people; letting g them experience the downside of what we have lived through rather than the happy moments. No one wants to trade the good times: isn’t that strange? Unless you take all those Wish You Were Here postcards from holidays around the world at face value. We all know how shallow such wishes are: if all those people were there too, it wouldn’t be much of a holiday; we’d be faced with all the people and things we’d been trying to get away from and that would be no holiday at all. I once considered sending people postcards of sinking ships, rainstorms and avalanches with the same message, but doubt many would have seen the humorous side. Everyone just wants the happy times, and who can blame them:

Is there no chance that we could have a happy day one day next week, and go to the Mint or the Tower or The Zoo or eat muffins in a shop?

as Virginia Woolf wrote to Vita Sackville-West in December 1930, and the idea of eating muffins is a fine one, but I’m not so sure about visiting the Tower of London in the cold months of December, it would probably remind me too much of what it must have been like to be incarcerated there; no central heating, open toilets and bathroom facilities which left a great deal to be desired, if they existed at all. And I keep on thinking about the two princes who were murdered in the Tower, or who disappeared from the Tower back in the fifteenth century, and that clouds my ideals a touch. I’d rather be eating muffins with Woolf in a shop – as she so quaintly puts it – that walking in the shoes of Richard III and his helpers on that dark day.

The idea interests me though, stepping into your shoes and letting you step into mine through the medium of the written word, because I can safely say that I have no experience of your situation whatsoever, and I am fairly sure you’ve not had the same experiences as I have. It will be something of an interesting challenge.