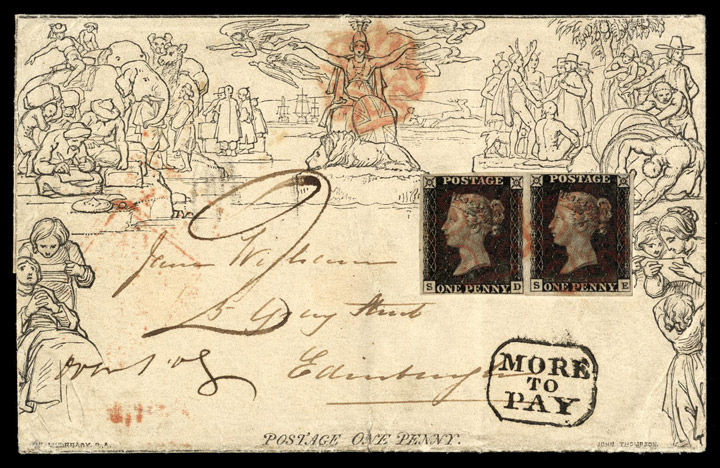 I thought your suggestion was wonderful, and that is the reason I decided to do it. Now we have Penny Black as a web site in place of a sub-domain on another site, and you could almost say that this one has come of age. Although, maybe in Internet terms the site is old enough to come out and be recognised as an independent entity, I am not so sure that it is completely ready. I do, however, take your comments about how some people judge an Internet presence, and also the fears at least one has expressed about sites which are registered long after they have started. I found your comment about the registration amusing: a site can be thought of as a scam because the owner registered the domain name long after the first blog entry? I think a few people have lost it as far as commonsense goes.

I chose Penny Black because of the link to letter writing and because the Penny Black is probably the best known stamp anywhere in the world. Of course, those who collect will tell me that there is a world of good pre-philatelic examples which I could have used as a name, but would they be as well-known as Penny Black? Would they immediately create an image in someone’s mind of a letter with a stamp on it? Or, come to that, a letter without a stamp on it, since we’re talking pre-philatelic here. And, no, Penny Black was not my first choice. I had wanted to call the site OC, linking to the name Occasional Correspondence without having such a long name no one would wish to type it in. Nothing available at a good price, though. So I started looking at synonyms for letter writing, for post, even words – using a Scrabble dictionary – ending in certain letters and as short as possible, but with a link to writing. Nothing.

It was quite by chance that I came across a photograph of a letter adorned with two Penny Black stamps, and some exceptional personal art, which had been sent to Edinburgh. There we had it, my mind was made up in an instant and, fortunately, a domain was free for the taking. So, here we are.

One interesting thing I noticed about this letter, the one which brought me to the Penny Black in the first place, is that it has two stamps. That might not seem so unusual to you and I today, but the letter – or is it a postcard? – has Postage One Penny printed on it, bottom centre and, for good measure, More To Pay stamped bottom right! I’d love to know whether there really was more to pay, and how much, or whether one penny was the right sum and some postal worker was being a little bit too official with his stamping.