Our Barriers Are Further Apart, And Our Restrictions Not So Obvious 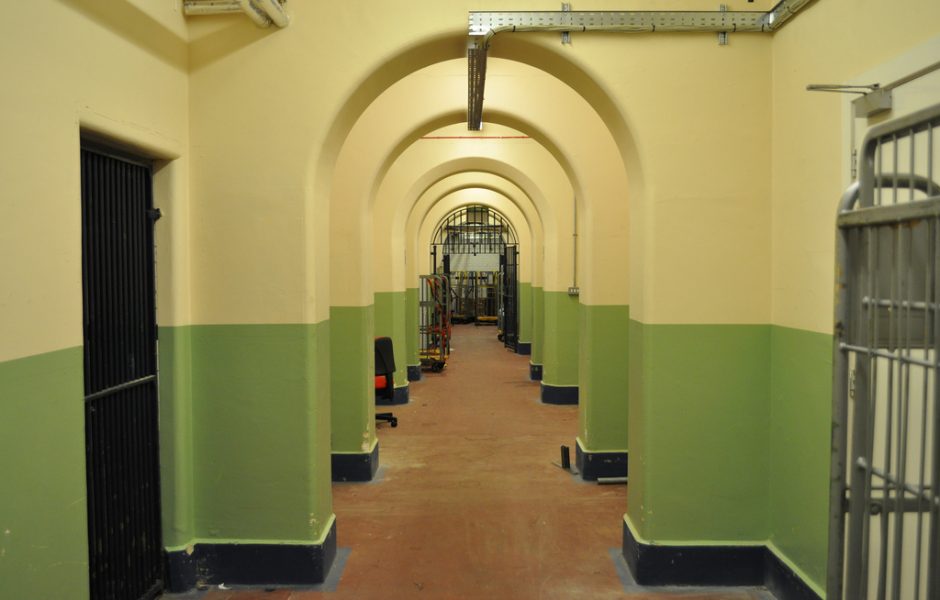 The sad thing about the Cosby case is that it took so long, and there was such a level of viciousness involved against those who were finally able to bring their case. Added to which, of course, the fact that it took so many women before the matter was even taken seriously, and then not by any means by everyone. The overwhelming bulk of such assaults, when they are reported, never come to court. There is a constant level of intimidation against women involved which prevents them from taking the stand, prevents them from putting themselves out in the public eye as damaged goods, as someone who is suspect because they were attacked, as someone who possibly provoked or, equally bad, is so frigid she fought against the best intentions of someone else. This one minor case, even when it is against a big name, will, sadly, make little difference. Few will be truly sensitised to the reality of sexual assault, as many believe sex is their right and privilege and women are there for nothing else but to serve and lay back with their legs open.

The massive and very welcome Me Too movement will definitely educated many women into what they could be, what they need to avoid and how to react, but it will miss out many. Their upbringing, as you write in your letter, makes the difference. Those who are taught to be submissive, are brought up to believe they have a lesser place in society, take far longer to find their way than those who have seen the chance at an early age. Characteristics are built into children, by adulthood it is often almost impossible to change a person without some very drastic action, and a good deal of support. That support is rarely there: the family and education system have done their work, so only society remains, and society sees women as a lesser part of life if it suits them, as a lesser entity in anything of importance.

I could say that fortunately things are changing, but I do not honestly believe it at all. One or two cases against men for massive amounts of sexual assault or harassment hit the headlines, but the bulk disappear because no one is brave (or foolish) enough to come forward. Equality in the workplace remains low, because those who would rock the boat for their rights are afraid to lose that little which they have. Submission to things being the way they are because it has always been that way. The news media covers a story while it is hot, and then lets it drop for the next big thing. Once the headlines are no longer there, those in a position of power are relieved of pressure, and feel no need to change their own lifestyles for something new, since it all functions just fine and dandy as it is, thank you very much. And every time a new piece of legislation is brought before a State or federal parliament for approval, there are small addendum which change other laws worked into the text, such as the destruction of healthcare, cutbacks on education, the removal of voting rights, and they slip through and make the position of ordinary people that much worse without anyone caring, without any reaction from those who should be protecting the rights of their constituents, and not just collecting their monthly salary, working up a sizable pension for the time when they finally retire, handing their legacy on to those who have been educated and raised with exactly the same frame of mind, exactly the same personal, narcissistic aims in mind.

I can well understand the reasoning behind a quarantine system for new inmates coming in for the first time, as the change from an open society to a closed and very tightly controlled one is a massive step for many, filled with fear and a lack of understanding. And, of course, a lack of acceptance among many. It is difficult to get the idea that you can simply slip out to the local 7/11 and buy a bottle of cola out of a person’s head when they have been used to it their entire lives. Orderly queues, a ranking system, the earning of privileges are all things which go against what many believe they have on the outside. And I write believe with a certain feeling of irony, as no one has the freedoms and privileges they believe they have, no matter whether they have a claim to them or not. We all, in all countries and systems, are just as reliant on other people as they are on us, and that is a very restricting thing compared to what most expect or demand. Freedom is a figment of the imagination, dependent on the good will and workings of society and those around us just as much out here as it is in there. It takes a while to see this, but the life of a prisoner is really just a very concentrated form of the life of someone on the outside. We do not appreciate the similarities as they are less than obvious, but face the same restrictions on movement, ordering and placing according to merit, positioning according to value, as someone on the inside. Our barriers, though, are further apart, and our restrictions not so obvious, not shoved in our faces by constant close proximity.

The first person we tell a lie to is always ourselves. Whether we can convince ourselves that this lie is worth all the problems it will bring with it is another matter entirely, some people are so good at turning a story they can talk anyone round to their point of view. And close friends and family tend to give a person the benefit of the doubt to begin with, and encourage them in something they claim to believe in, even while knowing that it cannot work, or that their loved one is going to make a complete hash of it. But we have been taught, next to our positions within society, that we can achieve whatever we wish, whatever we try to do. Reality is a major disappointment. And the reality of a situation is also something we find hard to accept, so it becomes someone else’s fault when we fail: those people who encouraged us to set out on a fool’s errand; those who did not educate us properly; those who did not warn us of the possible consequences of our actions. We do ourselves a disservice every single day of our lives when we do not stop, think things through, and seek honest opinions and help before beginning a task. And we most certainly do ourselves a disservice by blaming others when something goes wrong, because that means we have learned nothing, and will try the same foolish moves again.

Marriage is a contract, there is no other way of looking at it. And this contract should be an arrangement among equals, not an employment contract with the option to end it quickly or change the rules without notice. When a couple get together – and that does not just mean a man and woman – they agree to certain conditions which should be beneficial to both, and to any offspring who join them at some time in the future. To have one controlling partner who sees no recourse for consultation is a bad contract. To have one partner who believes that their work or position in society is of greater importance than that of the other is also a bad deal. I lament the number of promising or exceptional women who have felt forced to leave their field of expertise because their partner needs to retain a certain level within his social circle, needs to have someone to iron his shorts and polish his shoes so that, when he comes home at night, he can kick them off, grab a glass of something, and slouch on the couch for the rest of the evening.

There are, naturally, difficulties when both partners work full-time, when both are considered equal, when both have the upper hand in the relationship, but nothing which cannot be overcome, negotiated, worked through. It is a simple mind-set which has been forced into us from a very young age, and which we find almost impossible to discard. This is the way we were taught to live, this is the way society expects us to behave. Except that there are exceptions, and the ideal way of living for one set of people is not the same as society appears to demands. It is certainly not the Norm, since no relationship can possible meet an ideal situation common to all couples when each person within that relationship, each side of the couple, is an individual. It is possible to be nice and still be the person calling the shots. It is possible to be nice and not submit to things which are unsuitable or doomed to failure. Above all, it is possible to be nice while thinking things through and seeing all the possibilities from more than just the one side, especially in a relationship. But it is an active decision that needs to be made, and an acceptance that there will be, initially, uncomfortable consequences, until those who demand subservience come to realise their mistake.

The clocks went back this weekend, and the evenings are dark once more. I think I will miss the beautiful sunsets late at night more than anything else, they just don’t seem to be the same at six in the evening. Happily moves are afoot to change all this, and to stop the constant back and forth of time which really is so unnecessary and, for some, a medical and mental health problem. I am fortunate in that I have always been able to adapt to the change, while not exactly appreciating it. Some do not find it quite so easy. But the change gave me a chance to poke a little fun at those people in the United Kingdom who insist that everything will be fine when the country leaves the European Union next year: this weekend the British changed the clocks by just one hour; next March they will turn it back forty years. I look with great sadness on what has become of my fatherland / motherland – both names have connotations – and wish that things had been different. Some people have never been able to lose the island mentality, this idea that they still have an Empire or, if not, they should be treated as if they do, and are a special case. And then I see that the budget was published by the Chancellor of the Exchequer today, and he plans on spending more on filling potholes in the roads than he does on improving the education system.

Next year the British will need a visa to come over to Europe, something most have never known. The freedom of movement within the European Union disappears at the end of March, along with many other benefits some have simply not taken into consideration. I’m glad to be on this side of the water.