I Live In A Completely Different World And, For Some, Have Different Values 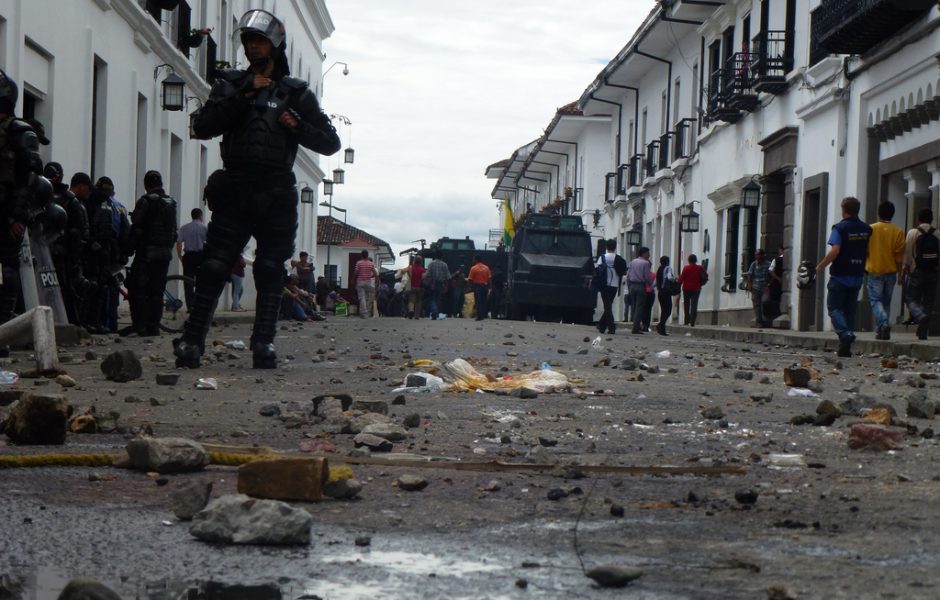 Peaceful protest, one of the hardest things we have come to accept as a part of our modern-day society, and also one of the most effective when done correctly, when it remains peaceful and clear that what lies behind the protest is more than just minor disquiet, but an honest belief that there needs to be change, that there needs to be some form of reaction to correct and to ensure a stable and workable future for all. It is coming to the fore more often in the political world, and works everywhere else too, and that to a far greater extent than any form of violence can ever achieve. Violence tends to backfire on those who use it, especially when the rioters or their violent supporters are caught within an area they cannot leave, where they are known, and where their very actions tend to disrupt and ruin their own lives and social environment more than disrupt a system which might be corrupt, or which takes unfair advantage of others. The time for peaceful protest is definitely upon us.

Violence, to my way of thinking, aside from the fact that it rarely achieves any long-term or workable solutions, should always be the last action to be taken, and then only after much fore-thought and consideration about the possible – and probably – results it will achieve, and the consequences of such actions. Being able to express and discuss real problems and seek a solution in a calm and ordered manner – as many are trying today with their forums and committees outside of the political arena – is a high good in our society, a sign of the democratic workings and, to a certain extent, the level of trust which has been and which must be placed in those who have obtained a position of command and control, be they elected or otherwise. When problems are presented, they can be addressed. When violence takes place, the problems are overseen, they become unimportant to those who are being attacked, and all efforts are concentrated on stopping the violence, limiting the damage, and claiming retribution against those who employed it. The problems behind the violence, pushed into the background, are never considered, and no solution is possible. Sometimes these problems within a community, and a prison is as much a community as anywhere else, go unrecognised by those in higher positions; they simply do not see the day-to-day workings of life outside their immediate sphere and, therefore, cannot react to them, cannot act to prevent or correct. And who, in the end, suffers when living accommodation, when quarters or community areas are destroyed?

Of course, as you will immediately recognise, I live in a completely different world and, for some, have different values. I have lived many years in a military environment, where working together is essential, and never in an incarcerated environment where, often, each sees his own comfort as being the greater good, and not that of all others together. But I do get to see many organisations being formed which address just these sort of underlying problems and attempt to find solutions through dialogue, as much as I see those self-interested parties who wish t sweep everything under the carpet and pretend that there is no problem at all. I have worked with – and sometimes against – both over many years.

For surely, Adeimantus, the man whose mind is truly fixed on external realities has no leisure to turn his eyes downward upon the petty affairs of man

as Plato remarks in The Republic. But Plato’s man is concerned with higher things, with the eternal order of the celestial world as much as with his own well-being, where everything is ordered and set, while we, the are confronted by the realities of life and the many different concerns of millions of other people also looking out for their own good, for their own rights and privileges.

Cultural life is one of the mainstays of my existence, and I have the wonderful advantage of living directly across from a cinema the owners of which insist on showing not just the Hollywood blockbusters, but also many films and shows which are the backbone of the cultural world. Over the last year I have been able to watch live-streaming of ballet performances direct from the Bolshoi Ballet in Moscow, and I could have attended shows from the Royal Opera House in Covent Garden, London or from a major French theatre company in Paris – although my French is not necessarily good enough to follow the words spoken – but for a lack of time. I also spend a good deal of my leisure hours travelling and visiting museums and exhibitions in other cities around northern Germany, when not caught up in meetings or other activities. I am, however, one of those strange breed of people who does not have a television, and do not go out to buy or borrow films on discs. I could easily log into some of the German televisions sites and watch their programmes, but would rather slip over to the British Broadcasting Company radio stations and listen to their talks and discussions on the Arts. Cultural life in Germany has a very high value indeed, and Germany is one of the few countries which, in the last week, expanded the financing for cultural events across the entire nation, to ensure that we still have this good available to us.

Disappointing is that I cannot get to all of the exhibitions I would wish to, but understandable too, I suppose, since we all have only so much time and can all only spare so much of our hard-earned cash to pay entry fees. So the exhibition on Thomas Gainsborough, an English master painter, slipped through my fingers on Monday, even though I was in Hamburg. I had been invited to a meeting, took the train down, but didn’t leave enough time – aside from having to change trains because a delay meant missing my chosen connection – to enjoy it. Luckily I also have my books, which are ideal for a train ride with delays, so the minor setbacks of life can be replaced with other advantageous occupations.

Funnily enough, Germany never interested me as a youth, and I was unsure about being posted here during my military stint, even though German had been one of my chosen languages at school, something which never happened as the languages’ master declined to let me register. France was the land of my dreams, until I went there. It was an exceptional experience, I was fourteen at the time, and travelled without telling anyone I was going, and spent several weeks there in the company of a very beautiful older woman who introduced me to more than just the sights and sounds of Paris. Later visits, as I was older, gave me a different view of the country, although I enjoyed spending time in Paris and Strasbourg, where I came into contact with the people more. Fortunately my time was spent exploring and visiting museums – as well as a very long and wonderfully memorable trip down the Wine Street through Alsace – and not so much interacting with other people. Germany grew on me during my posting here, and especially because other people in the barracks I had been assigned knew nothing of what was outside the gates, and so I explored and learned for myself, right down to teaching myself the language. I have often wanted to go back to my old school – which was closed down in the mid-Nineties – and challenge the languages’ master on his lack of foresight, but that is a pleasure for my mind, now, and hardly likely to become a reality. The cultural life here was one of the main reasons I decided to remain in Germany after leaving the army, and it is something that I have not regretted over the years, along with the freedom of movement that we enjoy in Europe which, I am sad to say, my former home country will soon no longer enjoy.

I tend to steer clear of politics as much as possible in my old age, despite having been a politician for six years here. That’s not to say I do not keep up-to-date on what is happening around the world, but there is only so much a human heart, and mind, can withstand before it begins to collapse and ask what has happened to the countries we used to know and love. Now and then I am confronted with the political reality of a situation, when people talk to me about politics and the plight of their land, which is relatively seldom, but it is interesting to see the different positions, and then to see how attitudes change with time and experience. I have visited Baltimore in Maryland – for a long weekend, cut short by strikes in France – and enjoyed my time there, but do not have any plans for a further visit to the United States at the moment, although I have a standing invitation from friends in New York. I have good contacts with many people who work in American universities and museums; the advantage of the internet when used according to its original plan.

I will wish you the best possible birthday celebrations for June now, in case the postal system plays tricks with us. I tend not to celebrate my birthday at all – although I do know that it is in March each year and that I am five years older than you – but that has more to do with my childhood than anything else. Last year the only birthday message I received was from my mobile telephone company, and this year it was from Twitter, so I think you can see the worth other people place on it too! I do not miss the celebrations at all, and am dreading my next ‘round’ birthday – as it is called in Germany – when many will feel obligated to congratulate me on making it so far on this small planet, and I will have to open more than a few bottles of good whisky to show my gratitude. I like to think of every day as being a worthy celebration, and not just one day out of the year.

Do not worry about the passage of time when it comes to letter writing: we all have things to do and impediments to doing things we wish to complete at a certain time, and I have never been a demanding person when it comes to the more pleasurable things in life. I answer the letters that I receive when I receive them, even if the time period between two pieces of correspondence is several weeks or even months. Letter writing is something to be enjoyed, not rushed, and certainly without any time-based obligations.