But They Are Always Leaving Us Alone And Desperate 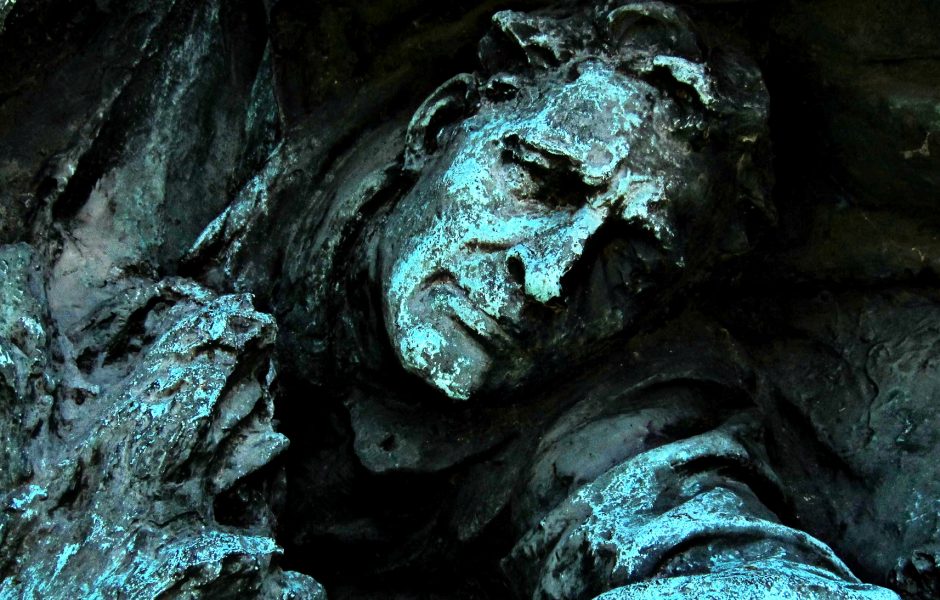 It seems as if barely a week has gone by since I last wrote a letter to you, and I am aware as I write this that not only is it really just seven days but, as I put pen to paper, you will not have received my last letter. Not that this small detail needs to stop me from writing: I made myself a promise to reply to each letter or mail that I receive and, since there is always a great deal that can be written about, I have managed not only to keep this promise, but also to gain great pleasure from writing to the same person on a more regular basis. Or, if not quite a regular basis, at least more often. Sometimes it is difficult, as I am sure you appreciate to hold a good and fulfilling conversation, when replies and comments between two people are spread out over several weeks. Although, of course, then everyone has the opportunity to gain more experiences which can be written about and, sometimes, to consider deeply what has been written before, and frame an answer rather than simply skim over the surface.

One of the reasons, I may well have written this at the beginning of our friendship, why I do not like modern means of communication – that is, using them myself – is the lack of time between missives, the lack of opportunity to think something over, to consider, to gain more experience. I enjoy holding a letter in my hands and planning what I am going to write, to a certain extent only, as much of what I write is formed in my mind as I write. You cannot do that with a constant stream of electronic mails going back and forth, especially not when someone demands an answer to their questions immediately, and is upset if that doesn’t happen. But, as I say, I have no objection to receiving electronic mails, I just do not use the system to reply. And I have also come across many other people, as I am sure you will appreciate, who come to realise that holding a letter in their hands, having something personal which has come direct from their friend, is a completely different feeling to having an electronic mail on some hand-held device. I do not wish to play my own talents as a letter writer too high, I am, after all, still learning, but this is what I have been told, and told by people who have said they would never consider any other means of correspondence.

I am also of the opinion, which you might like to consider, that it is easier to write about feelings, about sorrow and so much more when you have the opportunity to sit quietly, and are literally forced to react slowly. Letter writing, unless electronic, is a very slow process, requiring a good deal of patience as much as it requires thought. I recently read that people who have messy hand writing are highly intelligent: the speed of their thoughts, what they wish to put down on paper, far out runs the speed with which they can physically write. I have exceptionally messy hand writing, but suspect it is more because I can barely hold a pen, much as I love writing by hand, than because my thoughts are rushing ahead and forming a literary traffic jam at my fountain pen’s nib. This slowness allows everyone writing to weigh their thoughts, to formulate them and express themselves in such a way that there is no ambiguity, no room for misinterpretation, something which is vital in our present society, as anything said or written could be grabbed by another and twisted out of all context for their own ends. But writing a letter is far more than just formulation, it is a means of putting our innermost thoughts down on paper so that we, as the writer and the person experiencing these emotions, are confronted with them too. Sometimes the very act of writing down our feelings, our experiences, brings the gravity of the situation to our attention, allows us to look behind the veil of emotion at the source of our feelings, and both appreciate and work through what we are expressing on paper.

I am going through this in a different way at the moment, having just signed myself up for a literature course with Harvard, studying Shakespeare’s The Merchant of Venice and specifically Shylock’s role and the bond of debt he sets up with Antonio. I read this play briefly when I was in school, although it was not on the curriculum as we had Hamlet for the lower qualifications and Macbeth for the higher, and I have seen it perhaps once or twice in theatre productions since then. That’s over a period of nearly forty years, so easy enough to have formed impressions and opinions on the story and its background which have never been challenged.

Now, all this time later, I am being put through my paces to explain much more of my initial impressions of Jewry in Shakespeare’s time, of the Silk Road and trading between Venice, China and the rest of Europe, and the position of banking and the Jews in Renaissance life. I have, of course, learned many new things about the period of the decades, recently reading Frankopan’s The Silk Road which, surprising me, gave me a completely different impression not just of trade, but also the relationship between the major religions of the time. For example: the fact that there were officially no Jews in England in Shakespeare’s time, they having been expelled in 1209, was new. That the word ghetto is Venetian and originally referred to an iron foundry too. Many other small things I am being confronted with since revisiting this work and putting not just my initial impressions down on paper for the examinations, but also my new ones as more information comes in, as I revise my opinion of the times and, of course, of Shakespeare himself.

What I also find fascinating, and sad, is that over two hundred and twenty people started this course, and only fifty have made it through to the first really challenging discussion and essay point. And we are still on the first part of the course, the introduction, before the real thinking begins, so to speak. Admittedly, it is a course many people believe they will be able to get through quickly and easily, a mere three weeks, but there is so much packed into that time, it can throw anyone who has not been involved with college work, with literature and history completely off track. And it does make people think, especially when it comes to revealing inner emotions and prejudices – we are talking about moneylenders, about Jews and Christians interacting, after all – which might be right below the surface and hardly ever show their face, but which now need to be confronted. And we are also confronted with the prejudices of Shakespeare and the world he lived in, which is a massive step for many to take, coupled with the complexity of the language and imagery he used in his writings.

Graziano speaks an infinite deal of nothing, more than any man in all Venice. His reasons are as two grains of wheat hid in two bushels of chaff: you shall seek all day ere you find them, and when you have them they are not worth the search.

Such wonderful insults, and insights, which we do not see in language today. Our language has become very simplistic, in many ways, more attuned to the brevity required for electronic communication, and much has been lost as a result. Not just the level of insulting, don’t get me wrong, but the colour of communication, the depth of language and the play on words which can only, now, be found in literature. But also such wonderful language which requires thought and exploration, and that is, sadly, beyond many these days. Could that also be one of the reasons so many people have dropped out of this course in such a short period of time? It’s not as if the first act of this play is complicated, but the language is, indeed, rich.

This is the being of sentences: solitary and fragile and victim already of their own finitude, the short time they take to speak or read. If only we could possess them like we can possess the book they’re written down in! – but they are always leaving us alone and desperate. Each comma is only a momentary stay of the inevitable execution.

So Jeff Dolvin in his eight part series on language, from the Paris Review this year. But, as he suggests, by putting them on paper, by not just speaking them out loud, we give them a form of life accessible to everyone who takes the time to read, to think, to delve into the wonderful depths – whether joyous or saddening – of our thoughts.

And that is what letter writing is to me too, which electronic communication is not. If I wish to keep a mail, which is something you do not have access to with your system, I must copy it and print it out; so why not have the printed, personal version in the first place. And by writing, by putting my thoughts slowly down on a fresh sheet of paper, I have the chance to consider not just my words, but the very thoughts which are behind them, to work my way through my emotions and find, perhaps, some answer, some form of inner peace. And isn’t that what we are all seeking, in one form or another? Don’t we all wish to find some way to draw that final line on a loss, on a change, on an experience in life? If we do not consign our thoughts and wishes to a journal or a diary, then a letter is as good a place as any, whether we send that letter or not.

So, I shall continue answering whenever you write, and find great pleasure in doing so. And I hope that you will continue writing, will find a way to put your thoughts and ideas down on paper and share them, sight unseen, with a stranger who, across the seas and hundreds of miles away, is still a friend.