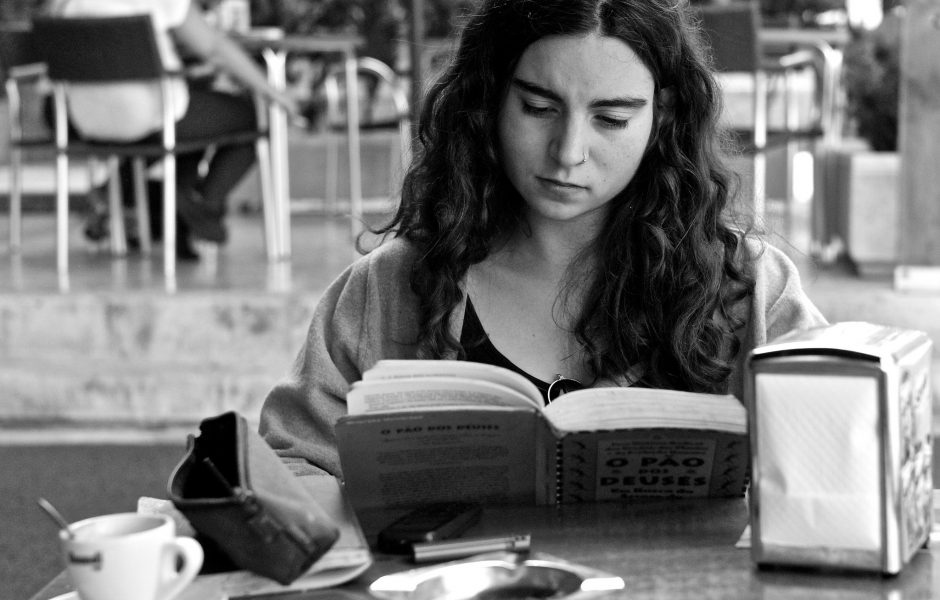 It sounds silly, or might be called a terrible excuse, when you claim not to have had enough time to sit down and write a letter only to those who fail to appreciate how much another person has to do, regardless of their circumstances, and how much effort they normally put into their letter writing, or the many other things which take up their time, make their life complete. One of my earliest annoyances was when teachers would come up to me and complain that I was not doing the allocated work, or tried to pull me away to do something for them because, as they saw it, I was doing nothing and had time. The claim that I was thinking about something – trying to work my way through a problem or just considering – would be laughed at, over-ruled, and I would be on my way to do something which would distract me from my thoughts, or be hustled into completely an assignment I had not been given a chance to consider adequately. This idea that you are not doing anything because you have nothing in your hands annoys me, almost as much as the idea some have that you are doing nothing of importance, and can, therefore, be interrupted, if you are seen reading a book or writing a letter. I’ve lost count of the number of times it has happened to me, and the number of cafés and restaurants I no longer frequent simply because the chances of getting some peace and quiet with my coffee and literature are so remote.

But then, most people are not very good at accepting excuses from someone else: they are always looking for their own advantage, for their own ease, and rarely take another person’s occupation, interests and desires into account. Half of the arguments between people, often so bitter and personal, are caused by those refusing to listen and understand an explanation – as an excuse or otherwise – which shows the standpoint of another person, and is often very closely related to their own position. On my side I fully appreciate that hardly anyone simply sits in a prison cell with nothing to do, that there are work details and educational courses, cleaning, muster, mail call, lock down and many other events which can divert a person away from what they might wish to do into something they have to do. None of us, even those like me who have plenty of free time, are truly freed from the call of obligation, from the desires of other people. Were that the case I would be able to sit and read in peace and quiet at my favourite café without fear of interruption, and probably without a cup of coffee as the service people would also have something else they want to do first.

Which brings back a memory of a coffee shop I visited, many years ago now, in a neighbouring town and where the service left a great deal to be desired, even though it was a quiet day. I had ordered myself a coffee and sat reading my book, not too far away from the service counter, and certainly not in such a manner that anyone could object either to my order or my presence. I lost myself in reading, and it was a while before I noticed that my coffee hadn’t been served. I managed to call a waitress over and asked about my order which, of course, she promised to sort out immediately, and went back to my book. No coffee came, and I tried ordering again, to no avail, so I took out my cell phone – these things do have some use after all! – and telephoned my order through, which seemed to upset the waitress who took my call as she had other things to do, she claimed, than waste time on the telephone. But still no coffee. A final demand for service brought then, very desultory and with clear bad mood, a coffee and the remark that it was the waitresses job to take orders, but not to ensure a customer actually received what they had requested. As you can imagine, I do not bother going to this particular coffee shop any more: there are enough others in any major town that leaving one out is no loss whatsoever.

What I do find annoying are those people who cannot accept that someone might be doing something else: I am sent an electronic message or a mail, and it is followed up ten minutes later by a telephone call asking either whether I have received it, or why I haven’t answered. This is usually nothing to do with work, since my work is my leisure time and my leisure time is reading and writing, but just someone demanding attention. The fact that I also have a life, that I might be away from my computer for one reason or another doesn’t seem to bother them: they are the centre of the universe, and it is my job, my duty, to be on call twenty-four-seven and attend to their every whim. Some people do follow this idea, that they have to be available at all times, simply because it is possible. In France the government had to pass a law forbidding employers from contacting their employees during their vacation time, and there have been many discussions here about what should be acceptable and what should not. A Japanese journalist, this last month, died at her workplace after clocking up over one hundred and fifty overtime hours which, to my way of thinking, is too much, too great a demand – not just the working to death, but the number of hours. During my own working life I regularly switched my own telephone off, so that I could be guaranteed peace and quiet in the evenings or at weekends. If it is truly important, they will call again, or leave a message.

And then I had a wonderful experience on Twitter, where I spend a little of my time catching up on news headlines and opinions across the political spectrum: a direct message conversation about the condition of Europe and the United States – that the first is falling to pieces, the second DisUnited (his style) – and we are all philistines in one form or another. He, of course, followed the True Path and possessed the only real and faithful level of insight into the world. And then he wrote and told me that, in future, if I had something to do and couldn’t answer his comments immediately – after asking if his thoughts on politics had left me speechless – I should sign off with him, let him know that I had something else to do rather than answer his messages. Hardly the sort of principles for an interesting and fruitful discussion most people would be prepared to accept. This idea of being constantly available, just because most in our civilised western world have access to a cell phone, has changed into a demand to be constantly available which, I believe, is a sad failing on the part of those who insist on putting themselves above everyone else, calling at all times of the day and night, and insisting that their priorities and desires take precedence over those of anyone and everyone else.

We have been hit, here in northern Germany, by a sudden Indian Summer or, as the Germans prefer to call it, Golden October where the sun comes back to taunt us and the temperatures rise once more. This usually holds for about a week, and then we are plunged into the colder weather which heralds winter, and catches almost everyone by surprise. The final week or so where it is comfortable to sit outside at a street café and watch those who still trust themselves sporting summer fashions and enjoying the warmth and, in some cases, gazes of those who appreciate such visions. I was reminded of the change of seasons not just by our own weather, which has been filled with torrential rain and the occasional wind storm, but by a letter from Australia. My friend there wrote of the ‘thud of spring’ and rising temperatures, and I am reminded that Christmas, on the other side of the world, is a warm summer day, with a party on the beach and skinny dipping (perhaps) in warm waters and not, as we are used to, freezing cold weather without even the remotest prospect of a decent covering of clean white snow. The winters have become warmer, and it makes no difference to me what any climate change denier may claim, or even how it has come about, but the weather is changing. When I first arrived here in Germany, thirty years ago now, we had three-foot deep snow drifts at the end of October, beginning of November. Now we look forward, here in the north, to a light covering of very thin snowflakes sometime in January, perhaps. Ice on the roads is a given, and a surprise for all drivers who never seem to be able to get their heads around the fact that winter is cold, but snow has become a rarity.

At least I do not have to shovel the white masses from my front yard, or strain myself clearing the pavement outside my house, but I do miss snow all the same. Perhaps, rather than travelling to warmer climes to tank up on my suntan – something I do not have even in summer! – I should make a trip to Siberia or some other snow-clad country and enjoy the landscape, the crunching beneath my feet, the prospect of a decent snowball fight, one last time. Either that, or I should recommend to those who interrupt me a pleasant holiday in such a resort, many miles away – hundreds if not thousands – so that I can read my book in peace, write my letters without interruption, and do those things which I enjoy the most without having to listen to the really bad excuses people come up with when they intrude. Were I slightly more accepting of those who barge in to my thoughts, my free time, my leisure pursuits with their comments, excuses and bad manners, I might do as Fanny Kemble suggests:

So I took up Dante, and read about the devils boiled in pitch, which refreshed my imagination and cheered my spirits very much.

Instead I tend to look up at the interjector, suspend my pursuits for a later moment, and give them my attention until they come to realise, and some do, that I am not interested, that I wish to be elsewhere or, better, that I wish they were elsewhere. Although, boiling in pitch never seems to be the right offer for something to occupy their abundant free time, and I have never suggested it to anyone – well, not out loud, and certainly not in such a polite and friendly manner. Sometimes I feel that politeness, the mores of society and social custom, are a bad excuse for not telling the truth but, in all honesty, if I told everyone what I thought of their interruption, how I felt about their reasoning for taking me out of my world and plunging me back into theirs, I probably wouldn’t be able to drink a cup of coffee and read my book in peace and quiet anywhere around here. That’s my excuse.