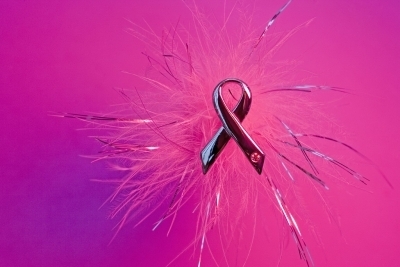 Initially I was going to write that something has slowly dawned on me, that a realisation has come over a longer period of time and that now, in my old age and wisdom, I have come to see the light and discovered it to be true. This, however, wouldn’t be right, and I will probably draw a lot of hate from those who are dedicated beyond all understanding to such creatures, and I know that it is more truthful to say that I am reminded, rather than realise, reminded how much of an inconvenience it is to be owned by a cat.

I’m thinking of this right now, having just stepped out of the shower soaking wet and been forced to hurry downstairs, into the rain, to let cat into the house. Cat, of course, was not to be forced into doing anything she wanted to do, and paused on the threshold, looked left and right, turned briefly as if to leave the house once more, and then headed for her feeding bowl which, as you can imagine, was empty.  Bear in mind, autumn is here and the temperatures have dropped as I stand first in the doorway, braving the sudden torrent of rain this afternoon has brought with it, suffering a good breeze around my bare neck and ankles which negates any benefits I may have gained from a stream of boiling hot shower water, and, second, with a tin of cat food in hand trying to reach a bowl the cat is in from of as cat, determined to be fed, insists on pushing me away from it. Foreground noise: cat insisting and resisting. Background noise: my shower, my refuge, my last hope of peace and quiet.

I am often told that children are considerably worse, that they bring far more stress into a person’s life than a cat possibly can, and that since all their demands can be made vocally in a manner we clearly understand, a cat with its simple desires should always be chosen in preference to a new bundle of joy. I wonder where that term, that idea ‘bundle of joy’ even came from, thinking back to the many sleepless nights I shared with them, the nappies, the food fights, the fits and foot-stamping. I am a little callous when someone suggests children are worse than cats, and point out that most children tend to leave by the time they are eighteen, so there is something to look forward to. Cats keep on coming back, then seem to change their mind, hesitate on the very brink, and then come back again. Of course, I’m discounting all those men who still live with Mother at age forty.

Cats, I am also told, are excellent mousers – even the new Postal Museum, according to their many comments on Twitter, has been seeking an experienced cat who, hopefully not scared of the dark, should prowl the underground railway lines, where the mail used to be delivered from one station to another, under the capital. I tend to see them turning up at my door with full-fledged and still wildly flapping pigeons, or tiny, helpless voles which they then do not eat, but leave like some war trophy for me to clean away. They are also very adept at sleeping on your new laundry, on the chair you are just about to occupy for a relaxing read with a cup of tea, and the warm spot in the middle of the bed when you’ve just popped out for a second for that unavoidable midnight call after too many cups of tea, or a feast at the fridge.

Owned by a cat, I wrote, and I stand by this description. Anyone who has spent any time with a good house cat, one that knows its way around, if not its own mind, will agree that there is little you can do to beat a cat once it has reached a decision. And even less you can do when that decision – such as going out or coming in – is changed in the blink of an eye; your eye, not that of the cat. Dog owners should be grateful that their chosen creature can be trained, after a few well-intentioned mishaps, to be sure, but still, and that they also help with physical fitness and the choice of fashionable clothing. Anyone who owns a dog knows that they’re going to want, or need, to go out no matter what the weather, and simply shooing them out as you can a cat is not the done thing. If you’re going to be seen out and about, walking your dog in the middle of the city, you’ve got to be dressed for the occasion, right down to the size of your pockets for those obligatory black plastic bags no one wants to talk about, and which no eco-minded shop is going to ban in favour of paper versions. With a dog you’re going to need all the other accessories too: leashes, balls, possible one of those Michael Myers facemasks, but for dogs, not the ones which cost an absolute fortune on eBay or Amazon.

I think Egyptians had, perhaps, the right idea: treat cats as if they are gods; give them a servant and then, when the time comes, wrap them up like little mummies and send them off into the hereafter. The only problem is that someone clearly told the cats they were being treated as gods, or they cottoned on somehow, and they have never forgotten it. Centuries later, we are still suffering under the yokel of oppression and, for the most part, loving every single minute of it. It may well be that mice designed the world, if you happen to be a follower of those brilliant books by Douglas Adams, but the carts were clearly there in the background, planning something to mess with our future, or even the basic running of our day. And, to be honest, I do not regret one single moment of having a succession of these scheming monsters in my home. Not that I am fixated with cats, I can give them up anytime I want to, if they’ll let me, and I know when to stop.

I’ve enclosed a small cartoon I found recently, partially my inspiration for this short letter, along with happy memories of the many cats in my life and the manner in which they have treated me: they the gods and I the servant. It’s strange where we find our inspiration, what triggers memories and brings either joy or sadness to us. A cartoon, a painting, a few words on a piece of paper, a piece of music played on the radio. I recently discovered that I can listen to British radio on the internet – Radio 3 was my thing while I was working in Wales, because I could hear the cricket commentaries – and now I’m re-living all those programmes from my youth which are still being aired today and, for some reason, still seem to have the same presenters. Radio 4 today, for example, had Just A Minute, and they were talking about, among many other things, mice, for a minute, which inspired slightly. I thought, though, that this cartoon was slightly more humorous and might, perhaps, provoke a few memories, a few ideas, and words on paper if you’re interested in writing to someone overseas who, steeped in past times, tends to weave words more like Charles Dickens and Jane Welsh Carlyle in his letters than anything else and, when the mood takes him, is not averse to quoting Cicero and Seneca. And if not, well, it was a pleasure writing to you, unknown, far away, whatever, and I wish you all the good things you wish for yourself and those around you.