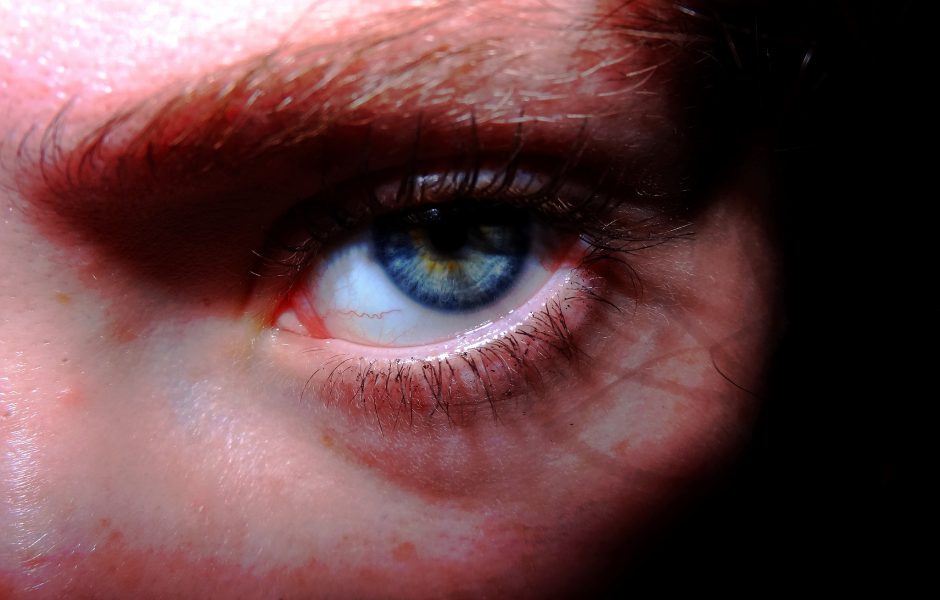 Sunday morning, the church bells have finished ringing and the sound of birdsong takes their place. It is a stormy morning, promising torrents of rain later in the day, and that is no different to any other day we’ve had so far this last week. The local farmers are happy for the savings in water costs, my neighbour is annoyed as he can’t sit in the sun next to his new fish pond and drink beer. And I am happy merely to see another day, whether it be filled with sunshine or not, and the chance to continue my favourite creative hobby, and write.

It’s often the first impression, the prejudices we have built up inside ourselves over a lifetime, which make the big differences. People see the word prison, and that is it; all of a sudden they know a person’s history, their character, their chances of integrating into society. Many are not even interested in knowing the story, let alone the person behind that tale, and move on with a sneer in their face, a sneer in their voice, a blackened sneer in their hearts and minds. It is the way of the world, the way we have been brought up, educated: those sitting out their time have done wrong and should be considered criminals for the rest of their lives; they are less than human.

Perhaps, in some ways, they are right: this is a protective mechanism which, on the open streets, can save their lives. You see a certain physical type of person approaching you in the distance, on a darkening evening in a side street, and change sides. Whether that person is a real threat or a real danger makes no difference, it is a protective instinct more than anything else. And here I don’t need to go into race or ethnic origins or anything similar, some of the most famous mass murderers were small and inoffensive in appearance. We are working on an impression, a gut feeling, supported by what we have learned through experience or been taught by others, and no more than that. So inmates, having this shadow over their heads, will always be seen as an inmate, as someone who has done wrong – without necessarily knowing what or why – and be treated as such. That they are people, human beings, former (and perhaps future) members of our civilised society will always be left out of the equation. Then again, I know of people who will only accept company from those with a certain income, with a certain stand in society or who work in specific branches in the city or business, and many who will not hold civil intercourse with those in ‘trade’, as the saying used to be in higher circles, back when there was a difference between earned and inherited wealth.

It may come as a surprise to some, even to you, but we all do this: we all make assessments based on the information we have, and we all wipe people out from consideration for whatever it is we wish to do, whether it is offering an employment position, writing a letter, or beginning a friendship. An example would be:

Please don’t imagine for one moment that I am attacking you or your use of words in any way, as I wrote before, it is something that we all do and it is something which is bred into us over many years. We live within a certain society, a certain group of people, and are taught as much as we learn from example how to behave, what to think, and even in which political direction we should head. So when you use these words to wipe out the suitability of other inmates to be accepted on an intellectual level, or even a passing friendship – since many will be staying for considerably shorter periods of time – you are merely demonstrating what we all do without thinking. They are inmates, and not people who happen to be in prison.

Of course, this has to be weighed up against the fact that you probably know many of them, and have tried to form some kind of bond or understanding with them. Not all criminals are idiots, there are many with a very high intelligence, a very high intellectual understanding. Admittedly, finding them would be reasonably difficult, we are all constrained by what is available and by what wishes to make itself available. I have the great pleasure of writing to several who have accomplished higher education degrees whilst serving out their sentences, and who can articulate themselves better than some front men and women in the public arena who claim themselves to be experts in one or another field and who should, one would have thought, be capable of expressing themselves intelligently. But some people have a name and not the talent required to back up the image produced by that name. A quick glance – and that should be enough to put anyone with a modicum of intelligent thought in their heads off – at reality television programmes and any question about talent over a name should be answered.

This idea of judging people by their position in society, by their looks, by their wealth or name is hardly a new one: it is something which has been followed throughout history and which will, I have no doubt, continue to be a thing in the future. One of the best examples is the treatment of women by our civilised, intelligent society over the last few centuries: women are lesser beings; unintelligent; impossible to educate in any of the scientific or political fields; unfit for anything but housework and house management, perhaps for the lesser arts such as watercolour painting and embroidery. In order to be recognised for their talents in society, they were forced to take on men’s names – or names with a male gender attribute or appearance – and hide their true identities. In many areas, especially in the business world and politics, that is still the case: a woman’s place is not in this business, not in the higher echelons, it is either lower down where there is less responsibility, or on the factory floor, in the home. Women who enter into certain areas of open society and business are still called brave for doing so, where, for a man, it is simply a matter of course. Brave perhaps for taking on the male establishment, but not necessarily for being capable of doing exactly the same work, manual or intellectual, as their male counterpart.

It’s all very well – I can imagine you thinking – you coming out with these assessments of me and my way of life, my present situation, but you have no conception of what my life is like. And, to a certain extent, you would be quite correct: I do not know what your life is like because I have never lived it, I have never been in your exact position. I am, however, as much a prisoner as you are, unable to do all those things I love, those things that I used to spend my time doing. I have nothing against my present lifestyle, reading books, writing letters all day long. This is, perhaps, a different kind of prison, but a prison nonetheless. What would I give to be able to go out into the countryside, a mere ten minutes from my front door, and walk, or even run, for miles. A major traffic accident and three operations on my heart since November have forced me into a very sedentary lifestyle. Admittedly, I can still go out, but I am a prisoner of circumstance who, like you, attempts to circumvent the grip of his chains as best he can. The friends you have had for years, the cool types who you now find boring: I would take them on any day of the week and challenge them in such ways that my boredom would fall by the wayside, if they were the only intelligent connection still remaining with the outside world. I would certainly never underestimate them or write them off. There could come a day, and sooner than you think, where such friends are the only thing you have, where family and friends have otherwise deserted you. That is my sad experience, and I would wish it on no one else, ever.

Casting yourself away from the past and striving towards a better future, regardless of all the trials and tribulations which may come your way, is definitely a good idea, but we can never lose the past:

A fleeing dog may well have snapped his, at great pains, yet dangling from his neck the greater part remains

says Persius, referring to chains as much as we might mean our past selves, our history. There is always going to be some part of the past left within us, because it is a very important part of what we are. So it is with friends: they have influenced, even if only for a short period of time, and that influence remains as an integral part of us forevermore.

So we look to the future by whatever means are available to us. For you and I it could well be the ancient and worthy art of letter writing, of communicating over thousands of miles with pen and paper, as well as a great helping of patience whilst we wait for replies. This could be our means of stretching ourselves intellectually, of seeking out arguments to change an opinion expressed by the other, of debating and discussing with long, well used, periods between letters to consider, to advance our level of thinking, to work on a theory or proposition towards an acceptable conclusion. Ovid wrote:

For many a criticism such as the one I have written here, which is not meant to be against you personally as I am sure you understand, could provoke many forms of reply or, as often happens, a crumpling of the paper and it being discarded unanswered. Criticism is something which is generally disapproved of when it concerns a subject close to our hearts for we believe ourselves to be in the right in such matters, knowing them better than our opponent. We scorn the right of others to debate, in their refusal to concur, in their need to go a step further into uncomfortable country where, when we are honest, we have not been ourselves, not dared to tread. We scorn those who take the right to express an opinion which is the opposite to our opinion, but demand the right to do it ourselves. Such is society, such is our democratic way. And that brings me back to the opening of this first letter – with the hope, of course, of a reply and challenging, interesting conversations on many differing topics in the future – and how we see other people. Do we see the person, or the place they are? Do we see the intellect, or just the letters (or prison numbers) after their name? Do we set scorn aside and go beyond what is allowed, what is accepted, to explore what is unimagined?