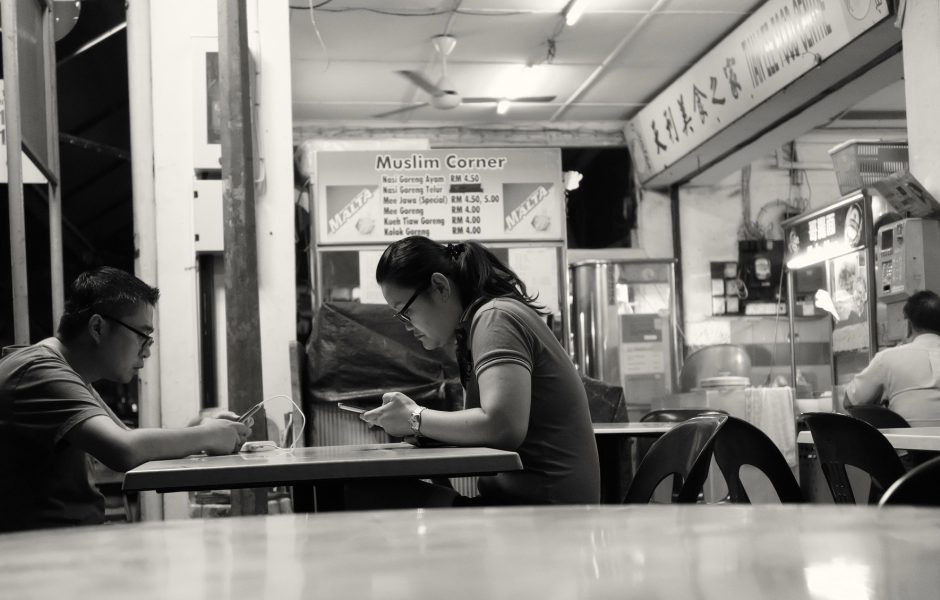 I’ve recently been trying to decide what it is that I miss most living in a small town rather than the big city; as well as trying to justify my decision to buy a house and remain where I am for the foreseeable future. It has not been an easy task, I must admit, because there are so many things which a major city has which cannot be translated into the small town, or even a smaller city, environment. These things, however, I have tended to consider and then cast aside as being irrelevant, which many people might not, for whatever reason, understand. Here I am thinking about major art galleries, about the theatre and concert halls, about the selection of restaurants and bars or even the general level of nightlife. I have long come to appreciate that these things cannot be expected in a smaller town, in a village or even in some districts and quarters of a major city: there will always be the need to travel to find something, no matter where you live, as nowhere can have everything within easy reach, in the direct neighbourhood. It is far better to have all these things – which I consider necessary to a good life – within reasonably easy reach than directly on the front door step; that which is directly in front of us all the time tends to get ignored or played down. I lived for many years directly across the roads from Buckingham Palace in London, but travelled to distant museums for my pleasure rather than watching the Changing of the Guard or anything similar: it was directly there, and therefore of less interest. I’m not sure how to explain it, but it is something I have heard from many other people living around me: what is available here is not quite as much of a draw as exactly the same event elsewhere.

Aside from which I can travel, there is nothing to hold me, or anyone else for that matter, back from taking a car or train and travelling in to the next major city or town, or even further afield, having an exceptional time, perhaps even learning something along the way, and then returning home that much richer for the experience. I am fortunate enough to live roughly in the centre of a triangle of three major cities – Bremen, Hannover, Hamburg – where practically every wish a person might have can be fulfilled in one form or another.

One thing that I most certainly do not miss is the crush of people, the noise – and the literal smell of a mass of human bodies moving around or stuck in one place – and the hectic. In the city it is almost possible to feel the level of stress in everyday life, as people rush from one appointment to another, between shops, to visit friends, to drink a hasty cup of coffee, back to the office after a forced-march-style lunch break. And the noise: not just the level created by people talking, shouting, cajoling, demanding, enticing children who bawl back, but all the various pings and bells, the ringtones of a thousand smart phones which, of course, take priority over everything else and have to be read, and replied to, immediately. As if there is nothing more important in the world than the status update of a friend who, when we stop to think about it – something missing in our modern society, in my opinion – has no sensible meaning or worth at all. Our lives would have been just as rich and enjoyable without knowing that small piece of insignificant information. We are so overloaded with irrelevancies, I am surprised that the brains of some do not simply boil over and their skulls crack open to relieve the additional mental pressure.

… no one can lead a happy life, even one that is bearable, without the pursuit of wisdom, and that the perfection of wisdom is what makes the happy life, although even the beginnings of wisdom make life bearable.

So wrote Seneca, and I am sure that in his ideal of a beginning of wisdom, of the gathering of knowledge which showed the path man could follow towards happiness, he did not include gossip and trivialities as we, sadly, take our knowledge to be today. I am sure he would have picked up a book and leafed through despite its weight, rather than to have checked his smart phone every few seconds, to see if something had happened amongst his friends who, undoubtedly, were checking their cells at exactly the same time, wondering why nothing is happening to anyone else. Life, in my opinion, would be just as bearable without the knowledge that someone has just changed a child’s nappies – and is so proud of their achievement that they feel the need to attach a photograph or, worse still, before, during and after images – or ordered, and received, a cup of coffee. For me there is far more fascination in a cloud formation on the horizon, than a smart leaf design in the froth of a milky coffee.

The froth on top of a coffee is also something that I do not miss; small towns have at least one street café or restaurant where a good cup of coffee is served, and everyone and his dog, these days, has a machine which makes more coffee arrangements than a human needs in his lifetime. The days of the simple black coffee with a small jug of (real) milk and a container for sugar have gone; and I’m not sure whether I regret that loss, whether I mourn the death of the simple coffee as top-of-the-menu item or not, but I can live with it. What I do regret the loss of is a good cup of tea: tea served in a teapot with loose leaves, with a cup and saucer. Add a newly baked scone with fresh whipped cream and jam, and life could almost be perfect. What I miss, especially in the larger cities, is a sense of community – preferably all the year round and not just when there is a major tragedy – and conversation. Even in this small town, where I have lived for over twenty years, I find it hard to discover that level of community which allows deep, meaningful and interesting conversation, without fear, on any subject under the heavens, where each and every person is not only versed in the subject, but prepared to offer a balanced and knowledgeable opinion and, above all, allow those of others to be aired.

There are many thoughts and ideas from Michael de Montaigne I share and can agree with, and many I wish it were possible to discuss with him to either gain enlightenment, or to further my own personal understanding. The passage of time – he lived in sixteenth century France – makes this impossible: but if there were other people, living now, prepared to read, digest, contemplate and then discuss…

This is what I really miss about turning my back on the big cities, about those areas which attract people looking for in depth conversation as much as all the facilities – libraries, museums and the like – which facilitate the furtherance of knowledge and bring likeminded people together. The ability to just go out of my own door, walk down the street to a meeting place, and join in or, even better, to open my door and allow others entrance. In many ways, and I know there are enough people here who would call me old-fashioned simply because I write letters, I hark back to Victorian times, when intelligent – perhaps even intellectual – society met and discussed, when friendships were maintained because of a joint willingness to be friends and to converse, rather than just out of a need to be seen in another person’s company, or be able to drop their name at the right juncture elsewhere and gain furtherance. When knowledge was a matter as much of proof as of discussion to reach the right level of depth and clarity to be understood.

Of course, I am also well aware that many of these friendships sprang up over great distances, that not all were neighbours living in Hampstead, Chelsea or Stratford upon Avon, that they were held together by what I am doing now: by the writing of letters. Victorian, and most certainly older civilised society members, built up and maintained what we would now call a network of friendships, acquaintances and business relationships through the written word. They were adept at maintaining discussions over months, without losing the thread, well aware of the downfalls of a written correspondence, but accepting it for the best means of continuing a friendship, a debate, a learning process available to them. Some of these discussions took a completely different tone: I am thinking specifically of the long discussion over which Latin was the best to use during the Renaissance period, as the Humanists embraced the Enlightenment, and could not decide between all the wonderful examples handed down to them over centuries or, to be slightly more accurate, rediscovered after centuries, or the acceptance of Cicero alone as the muster to follow, and quarrelled for over one hundred years in a series of letters which are, to our good fortune, still extant.

I wonder whether there are such networks today, whether a small group of people converse by mail, or in personal conversations – although, I am inclined to count letter writing as being a personal conversation as it is, usually, confined exclusively to those two involved – or even through the available modern technology. I am disinclined towards the modern not because of some desire to turn the clock back, but more because I wish to see into the future, and wish to have that which we create now available to those who come later.

The days to come are the wisest witnesses

as Pindar wrote, but what if those wise witnesses are Facebook status updates and Tweets which have been lost in the mists of time and cannot be recovered? What if they are like the photographs we shoot today, digital and online, which will probably never be made available, in a beautiful album of collected memories, to our grandchildren? We read the words of Marcus Cicero because his writings and letters were preserved; we read Homer and Ovid and so many others, because their words were preserved; we have a wonderful picture of the eruption of Mount Vesuvius in 79 CE, because the words of Pliny the Younger have been preserved. And the words and thoughts created in our modern era? The discussions through our own intelligent networks?