You Take A Chance 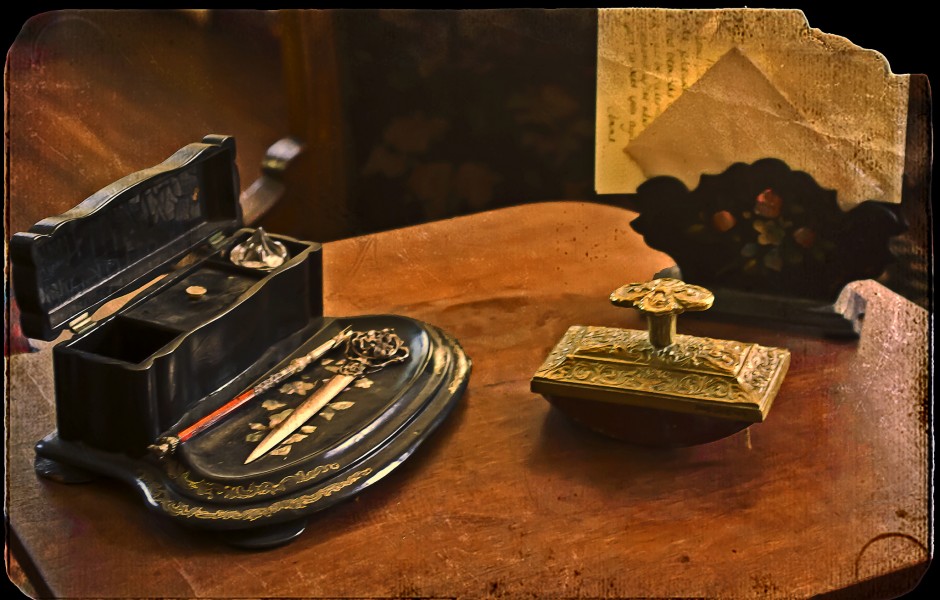 Sometimes, when you take a chance, the strangest things happen; things which you might not expect such as, for example, a letter arriving written by someone you had almost given up on. You comment in your letter that I am perhaps not looking for someone from Germany to write to, and yet a reply is now in your hands and you are undoubtedly struggling to read my hand writing. The thing is, I just enjoy writing letters, and where a person lives, where they originate from, what they do in life make, initially, no difference at all. I probably wouldn’t write to someone who lives just a few miles away, but that should make sense; living close it is more likely that two people share similar experiences in the same places, and the conversation could become stale very quickly.

I could probably fill an entire book with letter writing stories, especially those which do not last long. At the moment I appear to have no long-term correspondence prospects as the letters I have written tend to receive no answer. The longest running this year has been one letter from them and two from me: the second is probably gathering dust somewhere. Then I had a woman who, after receiving my letter, sent a postcard saying that she knew nothing about me and so it wouldn’t work out. Another mailed me, received a reply by mail with an address, and backed down. So I can fully understand your disappointment when you write that no one replies. This is no reason to give up, of course, but eventually it becomes more of a labour than a labour of love when you are constantly writing introductory letters and have no chance of showing your talents, interests and everything else. Constant repetition kills letter writing, it needs to be nurtured and kept fresh to bring out the vitality of a life shared through words.

I do prefer writing in English, if you don’t mind. I find that my way of thinking, and especially writing, is completely different. In English everything just flows, whereas in German, despite living here for over twenty years, I have to constantly pause, re-think, re-write and even then cannot seem to communicate what I wish to say. Spoken German, no problem, just written isn’t my thing. I tend to read a lot in German, since it takes an age before English-language books I order get here unless I use Amazon, so I have no problem when you write in German.

It seems as if we are both many miles away from home, although I do call this small town home now. I was born in London and raised in both London and Yorkshire, where I went to school. Anther similarity between us, aside from letter writing, travel and photography, came about while I was at school. I went to a boarding school – which I hated and of which I have very few good memories – with about three hundred and fifty other children. Early in my time there I noticed that some received better, individual meals. Despite objections from the school staff, something which is very had to explain or understand, I decided to become a vegetarian and, with few reversals over the last forty-three years, I still am. I don’t regret it in any way, despite the problems I had back then with people – including my own father – making fun of me and trying to change my ways. Occasionally I even go all out and cook myself something which should be amazing; at least as far as the recipe is concerned.

Your collecting interests seem to be very wide-ranging, right down to the not-real snowmen! Many years ago, when I was in Northern Ireland, I was forced to make a decision about collecting things. At the time I had a few hundred books and several thousand singles. This was about the time when the recording industry began producing CDs and the old vinyl records began to disappear. I couldn’t keep collecting both, for reasons of space and because I was constantly on the move, so I gave the music away. Nowadays, since I have more room and am settled and have no one to tell me what I may and what I may not do, I collect the occasional book, but my real collecting passion is old photography. I also have a few cameras, all of which are in boxes waiting for display cases, but the photographs themselves are what really interest me. Perhaps I will have a chance to explain why in a future letter.

The cameras and most other things I possess are in boxes because I am trying, after many years of inactivity caused by a relationship with someone else, to refurbish my house. Each room is getting my attention, one after the other, according to free time and my limited finances. So far I have a bedroom, a clothing room – for the bedroom with a double sliding door separating the two – and an office finished. I ripped out one of the bathrooms this weekend ready to build a new one and hope to be able to hang wallpaper in one hallway and up one flight of stairs soon. Waiting is a new bathroom, the kitchen, and living room, a library and archive room, a darkroom and a few other small bits and pieces. I have to start over because I bought the house from three brothers who had renovated it first so that their families – twenty-five people – could live here. They did it quickly and cheaply and made far too many mistakes, took far too many short cuts. So I spend some of my free time ripping out walls and floors and planning how to repair everything.

And, even so, I still manage to get out and see something of the world around me. Today a trip to the village of Haßbergen to view a one-day exhibition of photographs from Cuba. I had worried that they would just be holiday snapshots and so it turned out. Maybe thirty images which had been printed out to a decent size and framed, and a digital frame with all the rest. Many good motives, but no attention to light and shadow, colour or position. The disadvantage of digital photography: it is cheap, it is quick and people believe they need do nothing but point their camera in the rough direction of an interesting subject, all will be perfect. And then a conversation with one of the people who was on the trip to Cuba and lamented the poor Cuban people who simply have to make do with what they can get. No understanding of society and community at all.

This, for me, is a short letter but, like you, I am not sure whether I will get a reply. In truth I must do my laundry for work tomorrow! Hopefully you will have been able to read my hand writing, which is possibly the real reason why I rarely receive replies: no one can read what I have written! Perhaps the next letter will be of a decent length, since I always have plenty of ideas and words rarely fail to flow out of my pen.

as Gert Hofmann described Lichtenberg. The ideas are always there, waiting for an opportunity to be expressed and shared.