Condemned As A Person And On Through To The Tenth Generation 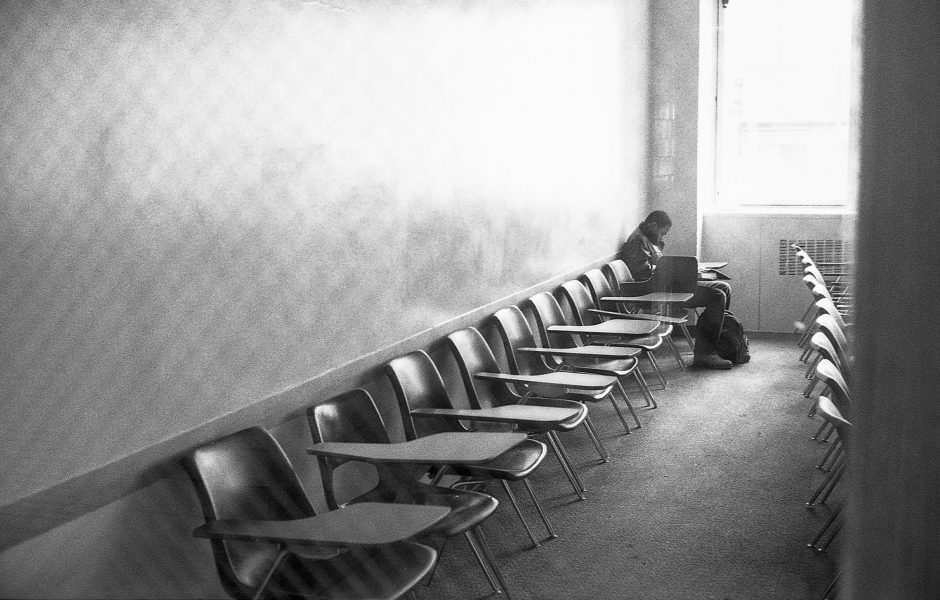 There are strange connections throughout life which bring various and varied people together in ways beyond our understanding. Where one is giving thought to a specific action, another could be reading a work which covers this action, or something akin to it, and pondering much the same thing, but from a different viewpoint, from a different life perspective. You write, for example, about being an outsider or, what is much worse, being forced to become an outsider because of an action which, anywhere else and at any other time, would be not just acceptable but also lauded. And the first thing which came to my mind was a story within a story, written by James A. Michener, and published within his wonderful work The Source back in 1964.

The tale covers the life and tribulations of Yohanan in the small (fictional) town of Makor in Galilee, and his son Menahem. Yohanan marries a woman whose husband has disappeared prior to the accepted time – by Jewish law – when she may be accepted as a widow and be free to marry again. They have a child, Menahem, who, because he is born out of wedlock, is termed a bastard, again under Jewish law, and condemned as a person and on through to the tenth generation. The condemnation means that he is not accepted as a Jew, cannot marry a Jewess or take any part in religious life. Clearly, the fact of his birth is not his fault, but the Rabbi of the town Makor sticks by the law of his religion, and Menahem remains outside of the community. Then the Christians arrive and, in a relatively peaceful action, take over the town. Yohanan and Menahem convert to Christianity, as they can both be accepted there as men, as believers, as workers and members of the community. And the Rabbi and townsfolk immediately rally against Menahem, claiming that he cannot become a Christian because he is a Jew. You see, I am sure, how convoluted this is, but also the way that has been forced on these two men, father and son, and the sudden realisation of the Jewish community that they will lose men of worth. Michener takes it a step further in his fictional work, and converts Yohanan to John and Menahem to Mark, later to Saint Mark of Antioch.

The basis of the tale is, of course, a moral one on many different levels: the community cannot cut someone off and then claim them back when a new offer comes along and they risk losing wanted skills; a man / woman has the right, and is right, to follow opportunities which will make use of their skills and beliefs (both men were expert stonecutters); no one knows what a move to something new, something unknown, something more accepting than the old, will bring with it in the future. Menahem, later Mark, saw an opportunity to use his skills for the community, and then found a new community which not only wished his skills, but also accepted him for what he was – a fact of birth, as I say, which he could not avoid. He remained, I must add, an outsider for many: the Jewish community saw him as a bastard by birth, and as a convert who had deserted the true faith; the Christian community saw him as a Jewish Christian and, as such, not as acceptable as another convert from a different faith, or someone who had been born into the faith. This is on the personal level, and something which we, as mortals, will never be able to change, not by discussion, the laying out of facts, nor by legislation.

However, this small tale within a tale can be turned into a modern idea: is it worth exploring an avenue for the future which, at the moment, promises little, but could bring a great deal? Is a person considering this avenue prepared to leave the old behind him, and suffer the comments and disdain of his former friends and community, by embracing the new? Further, is there any real need, in our case and since we are not within the same form of community – that is, religious and enclosed – as Michener was depicting, to inform them of the change, or discuss the possibilities of that change with them?

You seem to be saying, in your letter, that writing about the enclosed and separated community where you live is something which would not be greeted. I have the feeling that you are talking about both in and outside of the walls, both on an official level and for the general public, and would wish to dissuade you of this opinion. It is possible to write, and especially with such a creative process as that required for poetry, in such a manner that an experience can be conveyed to those who are in a similar situation – as with Menahem and yourself – but, at the same time, not in similar circumstances. You can write about enclosure within a prison, and speak to someone suffering from depression, or someone who is trapped within a working community that is not of their choice. If you take any of the great poets – Frost, Tennyson, whoever takes your fancy – and read their works, you see that unless they are writing a ballad for a specific theme, or an eulogy for a specific person, their works can be interpreted in many different ways, can be placed into a wide variety of differing circumstances and read as being for that circumstance, that event, that feeling. Working on the basis of what is best known t you, you can bring your thoughts along many different pathways to those who read your words, without the meaning you have intended coming across at all. They, living in their own environments, with their own communities, social connections and lifestyles, would bring their experiences and wishes in to play, and interpret according to their own images despite being aroused by your words.

There is also, at the moment, great interest in those who are hidden from view, the members of our society who have been locked away for whatever reason. Moves are afoot to bring change, to ensure better education and, in some cases, far better living conditions. The eyes of many are directed toward the world of the incarcerated at the moment, and the ears of the world – limited according to their locality – want to know what is happening, whether all these measures being proposed stand any chance of success. A story coming out from behind the walls showing how a project has worked, that it has enabled someone to achieve something worthwhile, is precisely what both the people and the – otherwise often disinterested – politicians want right now. It is not, however, absolutely necessary that someone offering their works to the outside world tell that world they are inside. For me, and a few others, it is the work itself which counts, and the position of the writer, artist, creator, comes further down the list. The fact of incarceration need not be mentioned, is of little importance unless, depending on your own desired destination, it is relevant to the work being offered the public.

It is precisely those tight and formal styles of poetry that are missing from the world today. We have a wealth of good and bad prose poetry, some of which cannot be called poetry at all, which has taken this genre name as a marketing ploy, but little where it is clear that a system is involved, that the writer has taken time and care to ensure the required rhythm which, in the end, is what makes a good poem as much as the images created. A poem which scans speaks more to the heart than one which simply charges across the page, with occasional line breaks, but little connection outside of the storyline. A poem which scans is far more of a challenge to the reader – aloud or in their head – than a prose poem. Anyone can zip through a prose poem as if they were reading a children’s book, but taking time to work through the rhythms, to get the nuances of words and rhymes across within their mind, to their audience, takes much more preparation and, of course, a higher level of understanding. Challenge a person with a strange (to them) style, and you slow them down, force them to think, make them take the words seriously, and that is one of the many things poetry should do, should be capable of doing.

Conform or adapt? The first is not a prospect anyone who is serious about their art should consider. Producing factory-finished works does nothing to further any art form, written or visual, and such things should be left to the ideal productions of Hallmark and their like. Adapt then? Not necessarily. Adapting so that people can understand should not mean that an artist changes their style or their content so much that they become lost from their original pathway in the future. It is impossible to adapt a style to such that everyone will appreciate it, that everyone will see what you wish to portray. Adapting to market forces is something which only the pulp fiction writers tend to do, those who follow a formula for their books which is easy to follow and predictable, easy to read and the ideal type of work to help insomniacs find their rest.

Major publishers, working in the mainstream, need profit-inducing works which pay for their workers and their bottom line. Many have shareholders they need to satisfy and, sadly, much of the publishing industry today, as with so many other areas of our commercial world, tend to look more to that profit than to producing something worthwhile. There are, however, a wealth of smaller publishers, independent magazines and periodicals, who search out quality, who have their stable readership, and who are only interested in covering costs, in not making a loss. Finding them is harder, but that is what the various poetry societies in almost every civilised country are there for, that is what an agent and mentor is there for.

As to finding something worth writing, don’t confuse this with something worth reading! Sometimes the most obscure works hit a note in exactly the right place and become cult. Taking literary examples: after his first book, Frederick Forsyth was turned down by over twenty publishers when he submitted The Day of the Jackal, and the first book in the Harry Potter series, by J. K. Rowling, was published in an edition of less than four hundred copies. Poetry today appears not have as many readers as it once did, but a far wider and more educated audience. In truth poetry is still very mainstream for some – there are major publishers with entire lines of poetry – and there are more independent and small press publishers of poetry than any other creative writing genre. Many things are worth writing, when they talk to someone about us, about our feelings, about our lives, and should never be downplayed in any way.