Not All Scots Drink Whisky Or Wear A Kilt 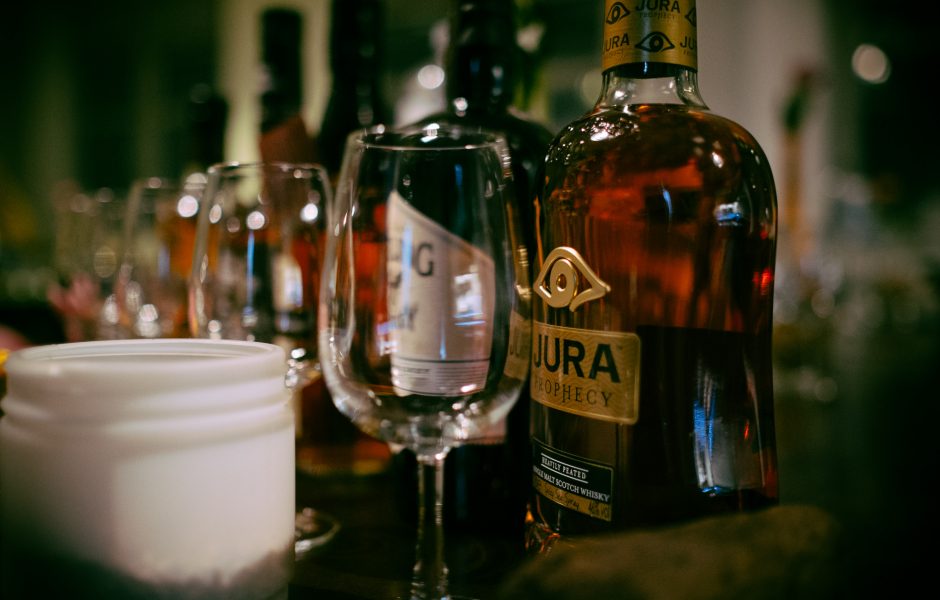 Hard as I try, I haven’t managed yet to visualise, let alone put into words, what could possibly constitute a typical American. I am sure that there are one or two things which everyone from the United States shares, aside from the fact that most were born there and will live their lives and eventually pass on within its shores, but aside from that? Most of the Americans that I physically meet up with tend to be quiet, well-spoken and unobtrusive. They are embarrassed by the picture we Europeans have of their country, created and fed by a news media which is, at times, almost rabid in its intensity, in its partisanship, in its defence of things which we would never consider as being part of a normal and well-functioning society. They try to explain away the idea of a news-system – without mentioning any names – which consistently hides behind a dogmatic, party-political and clearly false ideal no matter how often it is proven they are heading in the wrong direction, by pointing out that there is freedom of speech, forgetting that those they are defending are often proponents of restrictions, and fight against the freedoms allowed all those they are attacking, while demanding them for themselves. Although they really don’t need to, since most Europeans today simply laugh off the idea of much of the United States – on a political level – and are more concerned with matters nearer to home.

But we do have these ideas of what a certain type of person is like, be they American, German, British or whatever, and it often comes as a real surprise when someone turns up who is not like this at all. Our pigeon-hole system fails, all of a sudden, because the person we are talking to acts and talks just like us, but comes from somewhere else. A Scotsman, for example, who is not eating haggis and drinking whisky all day, whilst his pallid, hairy legs stick out from under a kilt. A Yorkshireman who has decided to forego his daily round of black pudding for fish and chips. An American who isn’t loud, smoking an over-sized cigar and wearing a Hawaii shirt, plaid trousers which are too short to cover his white socks, which you can see through his open-toe sandals, and sunglasses. Not all Germans wear lederhosen. Few Frenchmen wear a beret. And I am sure most of the population of Spain do not fight bulls for a living, let alone dress as a matador would. We do, however, often try to conform to that which is around us, and this is perhaps what you mean when writing about their attitudes and their habits, speech mannerisms and groupings. Some people feel safer within a mass of those who they find represent the image they wish to bring across, as if the social mores of a specific group of people build a wall of protection around them, and they can call up all the innate, generalised ideals of this group as their own, as a defence against the outside world, against the need to find, accept and be themselves.

It is very difficult to be an individual, to be your own boss, to follow your own ideas and ideals. It takes dedication to learn who you really are, and then to defend that individuality against the demands of a society, especially one based on commercialism, to turn you into just another member of the horde, just another consumer following the patterns created by marketing departments and sales people. It is hard because, as we discover our individual traits, loves and ideas, we also discover that there is a place for us within society, and a certain amount of assimilation is vital for friendships and social interaction. We cannot survive without some form of warmth and friendship from other people, and that means making sacrifices to allow for their interests, their plans, their future as much as hoping they will do the same for us.

I read two books on humankind by Yuval Noah Harari recently, one covering how Homo sapiens took over from the slime to our present day, and the second covering what could happen in the future. One of the interesting aspects, and the main reason suggested for the success of Homo sapiens against the other forms of Homo, is their social structure. These earliest form of humankind came together in much closer social structures and groups than any other form and, as a result, became very much stronger. There was a form of application to join a group, an assessment and proving period, and then final acceptance, ensuring that only the right people came into the social group. Anyone who did not agree with the ideals and structure, who did not carry their weight, would be refused or removed. This social more is something which we continue with today: we have a need to be accepted in one or another group, a desire to be a part of something slightly bigger rather than left on our own. We search for the right connections, for people with similar interests as we have, possibly even, initially, for those of similar appearance. And then, in order to rise up in the group, and be able to stay as a respected member of it, we are active in promoting its values and or own adherence.

I wonder whether this could be one of the reasons you were catfished. Someone out there, we can assume it is a real person with a real name, otherwise post would hardly have been able to reach them, feels the need to belong to something, has a desire to be accepted and cannot find it elsewhere. Perhaps it is also a power thing? I don’t know: humans are strange beings who I will probably never be able to fully understand. Each time I get to grips with one story, another comes along which is subtly different and throws everything out the window. Do you seek a romantic entanglement? I suppose that, deep inside, you may well desire some form of permanence which goes beyond normal friendship, in a way we all do and there is nothing wrong with that at all. The only problem confronting such a romance would be your present circumstances which, as you know, severely curtail your chances of really getting to know someone. It is difficult to learn all about a person’s character, interests and habits – good and bad traits – without having the chance to read their reactions, their actions, their words by seeing them perform. In recent months, as a single person, some of my friends have been taking me out to certain bars and restaurants, or making the suggestion we go to them, where there is a very good chance of being spoken to, if not picked up. I’m not sure that I appreciate this sort of action, although I understand what their thoughts are: a single man at my age is wrong, they seem to be thinking. I, on the other hand, am quite happy with the situation and see no immediate reason to change it.

I’m not sure that a person is foolish for having hopes and dreams, although I can well understand the feeling when a person is fooled by another. Many of the dreams that we have, whether they be about a relationship, or merely plans for the future, tend to be pipe dreams in the end. We often have What If dreams, such as what we would do if we won the lottery, and life would be very boring if we did not. Always following the same path without hopes and dreams for the future, without plans? Of course, dreams of love and a relationship tend to be something else: we build up an ideal person to be our partner and tend to forget that anyone who comes our way is still human, with all the failings that we mere mortals have. And there are also some people who build themselves up, literally misrepresent themselves, either in person or through other means of communication and then, unable to live up to the picture they have created, crawl back underneath their rocks and wait for the storm to blow over. But our greatest problem will always be putting all our hopes and dreams into one place, rather than working slowly at something to see whether it has possibilities. There are many good reasons why the ideal of patience being a virtue has been told us so many times down the years: with patience we can see whether something is going to work; we can work at it carefully and with consideration ourselves; we can see over the course of time where our mistakes are, where we are likely to fail and either replace, repair or retreat. But it takes a lot of restraint to hold back on something we really want, and an equal amount not to push something forward to achieve our aims through little white lies or promises we cannot keep. Sometimes it is better to be calm, rational, and see what happens hoping, of course, for the best, but careful lest what we find around the next corner is disappointment.

Our days here are cold, but we have had, in my part of the world, very little snow as yet. I the United Kingdom schools are closed and a curfew is being enforced in some parts of the country as Storm Emma approaches. I am told that there could be several yards of snow all piled on top of one another, but the only thing I have seen so far was a small smattering of snowflakes which, in accordance with my civic duties, I brushed from the sidewalk in front of my house. The temperature has dropped to about minus eleven centigrade overnight, and minus seven during the day, but it is a good and dry cold, not wet and bothering. Sunshine pours down from the heavens, and it is possible to stand, in a sheltered corner, and feel the heat, but as soon as you step back out a cold wind tugs at your clothing, and all the pleasures of warmth and comfort are a mere passing memory. I am gathering up my strength and resources to begin another short round of travelling, as I have certain duties that need attending to over the coming two months where, I hope, the weather will be considerably warmer. Fortunately none of these duties require me to be outside, but there is a lot of travelling involved, and I’d rather not have delays and obstacles along the way. Sitting for a few extra hours in a car or train is not my idea of fun, even if it does mean that I get some extra reading time in. For some things, and I do not include love amongst them, my patience is limited.